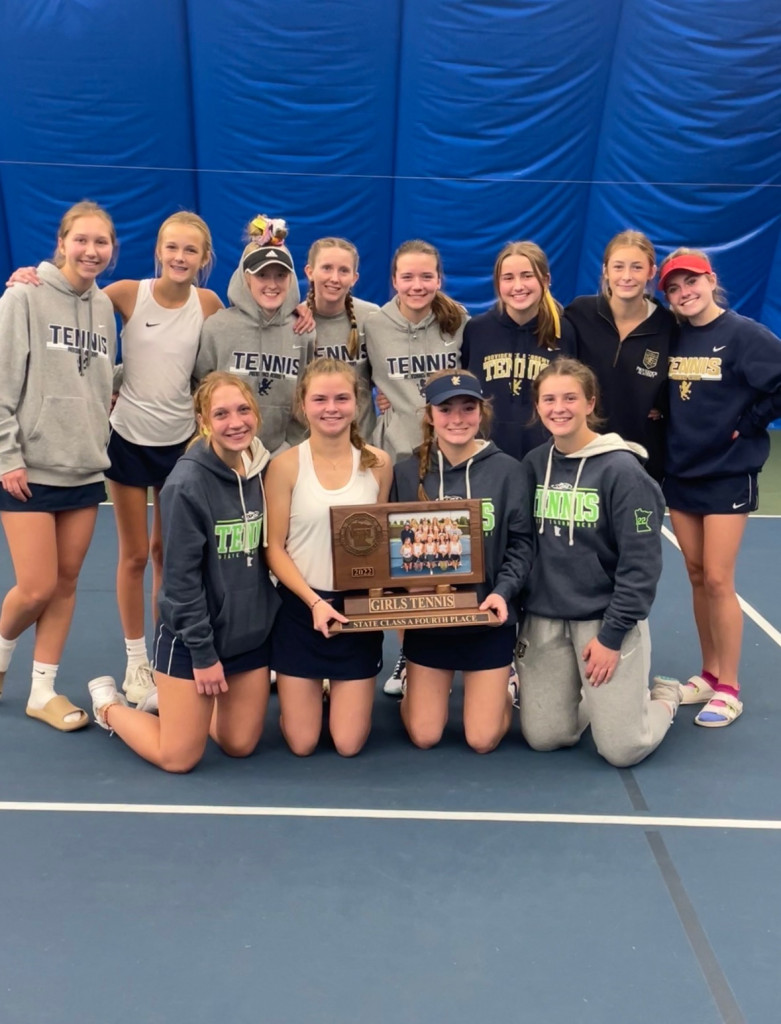 After finishing third in the MN State Class A Tournament last year, the Providence Academy Girls’ Tennis team came back wanting to add a state championship to their collection. After a hard-fought season, the Lions swept through sections, and on October 26th, they played their hardest and took home the fourth place trophy in the Class A State tournament.

On the morning of Monday, October 10th, the team traveled to the Gustavus Adolphus College campus to play in the section tournament. In order to get ready for a full day of tennis, the team listened to music and got hyped on the ride down. After an all day battle, the girls returned home with the title of Section 5A Champions, and a ticket to the state tournament.

Along with the team winning the section championship, First Doubles players Lisey Langhus, and Katelyn Clements, ‘24, competed in the individual sections tournament the following day. Langhus and Clements came home with another championship medal and a state ticket for individuals. Along with them, First Singles player, Annika Harberts-Ott, ‘24, placed second in the section, also qualifying her for the individual state tournament.

In the excitement of taking home two championship medals Clements commented, “We came, we saw, and we conquered.”

Harberts-Ott reflected on sections saying, “The best part of the matches was having my teammates by me and being able to cheer each other on.”

Following their section championship, on the morning of Tuesday, October 25th, the upper school students attended a brief ceremony to introduce the team, pray for the Lady Lions and send them off to victory with the Providence Band drumline playing. As the team exited the PA building, middle school students lined the hallways to offer their support.

While thinking about the sendoff, Brooke Hohenecker, ’24, exclaimed, “I thought it was really special that the tennis girls were able to be sent off by the whole school. It was a special moment for them as they have put so much work into their season.”

After their sendoff, the team loaded the bus and headed to InnerCity Tennis to play in the state tournament.

The Lions won their first match against Luverne 7-0, and moved onto the state semifinals the next day.

The following day, the girls watched the sunrise from the bus on their way to compete in the state semifinals. The Lions fell to Rochester in their match, moving on to compete for third place later that day.

After the match, spectator Lonaiah Ferrell reflected, “It was really exciting to watch everyone play. There were some scary moments, but the team held it together.”

However, in a turn of events the Lions ended up falling to Litchfield, putting them in fourth-place.

Although the team missed out on the championship, Head Coach Bryan Turunen commented, “I feel really happy for this team. They worked hard all year. They played to their ability, and they deserved to be there.”

Despite the outcome at State, all the girls still had a triumphant season to remember, filled with wins, laughs, and good memories. They can’t wait to get back to work and make an appearance at next year’s state tournament. 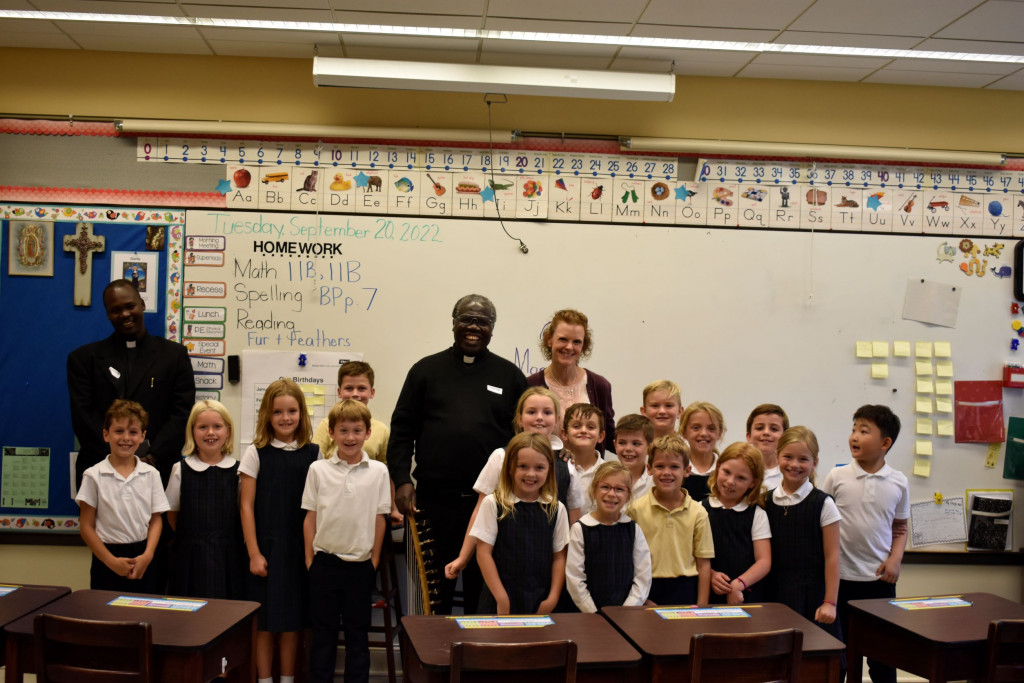 Everyone loves ice cream, especially Monsignor Matthew Odong, affectionately known as the “Ice Cream Priest,” who visits Providence Academy’s Lower and Middle School Students once a year. September 20th marked the first time since 2019 that Monsignor Odong, along with  Father Rom Paul, visited PA to involve our community in fundraising for the organization Hope for Uganda.

Hope for Uganda was started in Minnesota by Monsignor Odong and the Vaughan family, with the mission of bringing hope to the people of Northern Uganda through “faith, education, health and sustainability.” Odong co-founded Hope for Uganda due to his “love for humanity and restoring hope.” The people of his country had suffered through a twenty year war, and more than ever they needed something to bring them optimism.

In line with part of its mission, the organization provides both boys and girls the ability to attend school. Hope for Uganda felt that children in the country’s Pader District should be given equal opportunity to get a faith filled education, and so Archbishop Flynn Secondary School, which is in the top 3% of schools in the country of Uganda, opened their doors and their arms.

In addition to Hope for Uganda, Odong is affiliated with Sacred Heart Seminary in Uganda. Almost 200 young men attend, each one with the dream of becoming a priest and bringing their own “hope” to the nation of Uganda through prayer and doing the Lord’s work.

Mrs. Marcia Farniok, a second grade teacher at Providence, was involved with the organization while teaching in Uganda in 2006. Farniok has so many great memories with the loving community she experienced. One of her favorites was, “The way their culture celebrated Mass, with hours of dancing and singing.”

Odong would love for Providence families to get involved with his organization. “God would like America to be a mission country,” he reflected.

There are many ways for the PA community to offer support. The simplest option is to pray for the leaders of the organization and the people it aims to reach, and monetary donations are also appreciated.