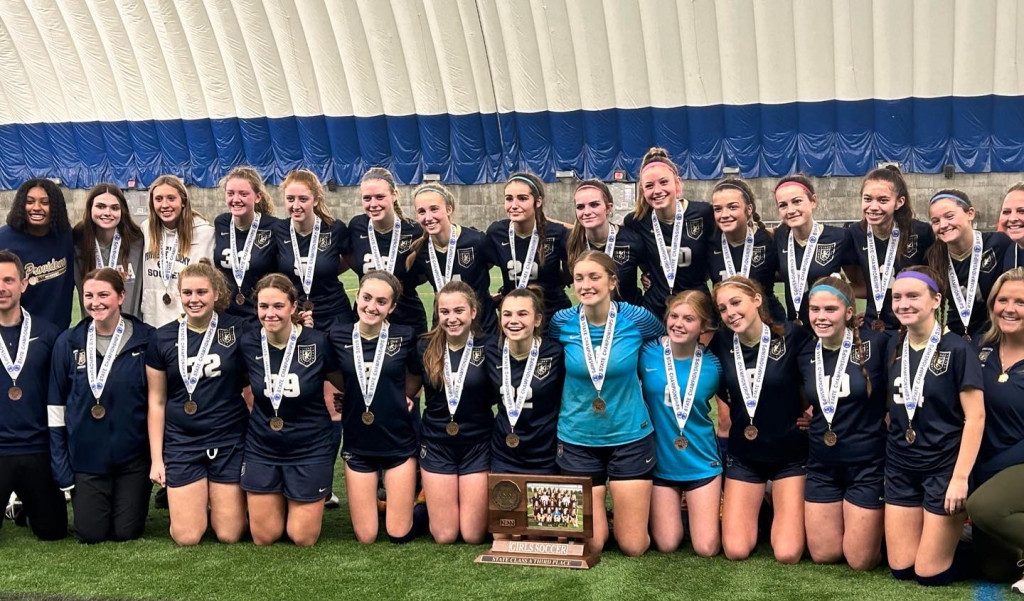 Going to State is something every athlete dreams of in their high school career.  Coming into the 2022 season, the Providence Academy girls soccer team set out to beat last year’s record of 1-14-1. However, following a 6-0 win against Rockford in the first game of the season, they knew that they could make it all the way to State.

The team breezed through the regular season with a record of 13-3-0, becoming the number 1 seed for the Section 6A tournament.

When asked how they felt going into sections, Maddyn Greenway, ‘26, said, “I feel that we came in confident and that we played how a number 1 seed team should play.”

The Lady Lions first beat Rockford 9-0 in the Quarterfinal, then came out over Watertown-Mayer 5-3 in the semifinals, and finally defeated Southwest Christian 3-0 in the Section Final with goals from Avery Lampe, ‘24, Lydia Grajczyk, ‘26, and Greenway.

On Wednesday, October 26, the team traveled to Monticello High School, a neutral site, to play against St. Cloud Cathedral in the State Quarterfinal. They defeated St. Cloud 6-1, with three goals coming from Lampe and the other three coming from Greenway, all scored in the first half.

Then on Wednesday, November 2, the team had the opportunity to go to U.S. Bank Stadium where they played St. Anthony in the State Semifinals. After two goals from Greenway and a late goal from Elizabeth Hughes, ‘26, the team sadly  was not able to bring the game back, and lost 3-4.

Greenway noted, “The nerves got to us, but we eventually settled in and dominated the field, even with the unfortunate result.”

On Thursday, November 3rd, the team traveled to West St. Paul where they played Breck for third place. The score was 0-0 in the first half, however Kira Cmiel, ‘23, put Providence in the lead after scoring in the second half. At 78 minutes, Breck scored a goal, tying up the game.

The team ended the game with a 1-1 tie against Breck, giving them a shared 3rd Place finish in State. Their 17-4-1 record for the season has become the best in the program’s 19 year history.  Along with this, the team experienced many firsts; becoming the first team in school history to be the number 1 seed in sections, going to the Section Final, winning Sections, going to State, and placing third.

In addition, Tatum Janezich, ’25, and Greenway broke records in Minnesota history. Janezich made 31 assists this season, as opposed to the previous record of 27 assists. And Greenway’s 58 goals this season made her the second main scorer in state history.

Even though the season didn’t finish the way they wanted it to, the team still accomplished much more than they set out to. As noted by captain Rylie Schoenfelder, ‘23, “The season went very well and we made a lot of improvements. We also had a lot of success on and off the field.”