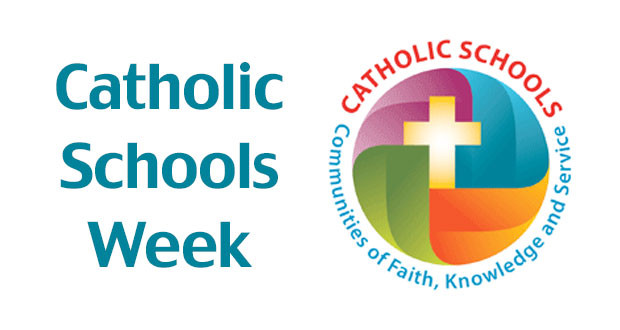 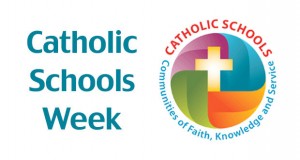 A week unlike all others takes place in February –  Catholic Schools week.

During this time, many of the activities that occupy the five days are tailored to Providence  Academy’s close relationship with the arts, athletics, and most importantly, faith. In addition, CSW focuses on campus life, another aspect of the school fundamental for the student body. Each year, at the end of the week, a dance for the Upper School takes place.

This year the dance was “hoedown” themed, inviting students to attend while clad in cowboy boots and jeans.

“I loved the laid back atmosphere the theme provided – plus I got to show off my Hoedown Throwdown moves,” Kayla Bartsch,’16,  explained. “It felt like everyone there was just really happy to be goofy and dance the night (evening) away.”

In the past, the CSW dance themes have met both appreciation as well as indifference.

“The themes can be good but sometimes it sort of takes away from the experience,” remarked one student. “In the end the theme doesn’t really matter as much as time with friends does.”

Indeed, these CSW dances not only provide a setting for students to strengthen and form friendships but also a relaxed backdrop for them to just have fun.

“I think a lot of students convince themselves that the CSW dance is ’lame’ or ’stupid,’” stated Bartsch. “It’s easy to forget that the less-formal atmosphere makes for a low-pressure, really fun night.”

Although the CSW dance takes place in the Great Room, it nonetheless allows the student body to enjoy a night of fun surrounded by their friends and peers but stay away from the classroom.

The Speech Club at Providence Academy has seen much success in its beginning seasons, especially considering the competitive nature of oratory itself.

The desire to successfully speak publicly is common while the ability to actually do so is not. The speech club, recently offered to PA’s student body, was created in recognition of this fact. It not only specializes in proper execution of words, but also in composition of them as a whole. Students who earnestly seek to excel in public speaking will leave this club feeling empowered to produce and recite exceptional work.

A few of these students in our midst currently strengthen their skill of oratory.

“The students who have committed themselves to weekly practice and competitions definitely do show improvements in their public speaking skills,” explained speech club director Mrs. Megan Simonson.  “I tend to see an increased confidence as well as a stronger grasp of articulation and ability to build a connection with the audience.”

Many, encouraged to join the club typically have done so through observance of other past members or, in this case, the founders.

“My sisters started the club, so they encouraged me to start; and once I started, I found out that I really liked it,” remarked Derek Onserio ’17.

In order for speech to bring forth many beneficial results to the public, some difficulty comes along with the task as well. Speech club helps the student body gain courage amongst difficulty. It does this by allowing students to participate against others in oratory competitions complete with judges.

“The hardest part is dealing with the nerves,” stated Klassen. “Anytime you go in front of a group of people to be judged it is nerve-racking.”

At the end, however, one must remember that goodness will ensue from hard work and determination. For speech, a necessary skill, brings forth benefits.

“Speech has benefited me because it has shown me that hard work will yield results, even though they may take time, if you work hard you will get results,” explained Onserio.

The speech club has seen much success in its beginning seasons, especially considering the competitive nature of oratory itself. But on the whole, speech club offers much more than just competition. It offers personal cultivation and a broad array of topics that students can select to study and discuss.

“I would also encourage students to join because it is a great avenue to pursue one’s acting abilities,” stated Simonson. “Speech is more than just reciting a speech about a particular topic. There are many different categories to explore, such as Serious Poetry, Humorous Interpretation, Dramatic Duo, Discussion and so much more. The competitions are also a great way to make new friends and develop relationships with others outside the walls of PA.”

As semester one comes to a close at Providence Academy, final exams quickly begin and backpacks are filled to the brim.

Previous to 2014, students had to study during their vacation with final exams after break. Many, not pleased with this arrangement, sought action. Student Council played an influential role in the time adjustment of the exams due to its specific request and compelling argument.

“Conversations between student council reps and deans began during 2012-2013,” Mr. Tiffany, PA Dean of Academics said. “During 2014-2015, the student council president took on the project in a formal fashion and got the approval in the spring of 2014.”

This change also took place through observance of other schools located in Minnesota.

“It’s my understanding that the student council (specifically members in 2013-14) were most influential in moving semester exams to before Christmas break,” explained Mrs. Catherine Berry, a student counselor at PA. “They made this proposal after researching other independent schools [St. Thomas Academy, Breck] that also hold exams before break.”

Along with being inspired by other schools, Student Council and other members of the student body at PA, have seemed to benefit from this request.

“I have heard from students that many prefer to have exams before break in order to have a stress-free Christmas break,” continued Berry.

Although the adjustment to the timing of finals has been met with much appreciation, a few aspects of the change are not happily looked upon by students.

“A negative is that some teachers are teaching up until the day that finals start,” stated Maddison Austin ’18.

Some teachers, in addition to students, deem some traits of the change as undesirable. But most at PA favor the change. On the whole, the adjustment to the time of final exams taken towards the end of semester one was prompted by Student Council beneficial and is beneficial to the student body.

Like most things, however, adjusting the exams’ timing can be viewed in a negative light by both teachers and students. 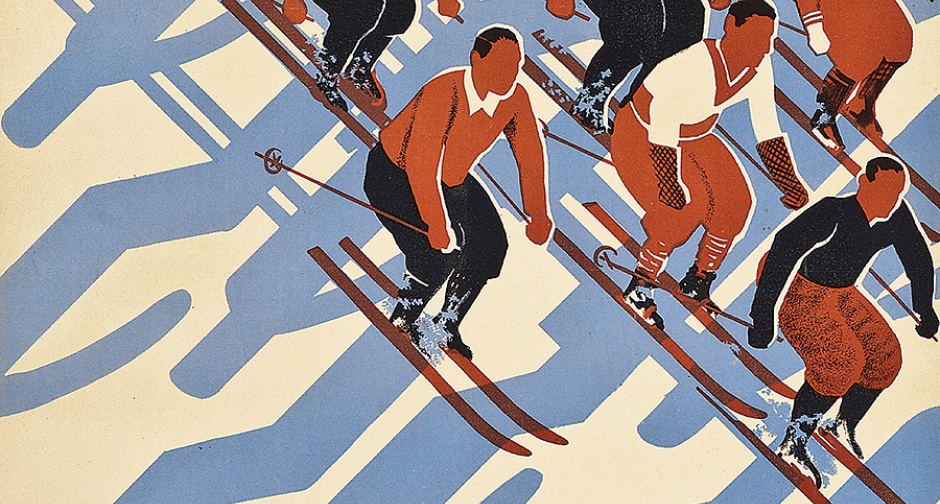 The month of December quickly progressed as new sports tailored to the weather conditions were introduced at Providence Academy.

Many students engage in these sports, excited to stay active while strengthening their friendships with others who share their interests. Alpine skiing, unlike the other sports of the season offered this year, made its debut as an option for the very first time, primarily as a co-op.

“Often it is difficult with our school end time to find schools that can co-op with us. We are fortunate that Mound-Westonka was interested in adding us to their co-op and the start time and location of practice was conducive to our school end time,” said Mr. Kurt Jaeger, the athletics director at PA.

As mentioned, Mound-Westonka played a crucial role in the introduction of the outdoor activity to the winter sport list at PA.

“I am going to participate in skiing because I enjoy the sport and I am happy the school finally has a team,” stated Erika Homen ‘19. “I like skiing in general, especially the speed.”

In addition to its speed, Alpine skiing bears much excitement.

“I like Alpine because it is a very different type of sport to do and involves a fast pace, always thinking ahead, and is very exciting (especially when you beat your competitors and your previous times),” explained Amanda Ihle, ‘18 “I don’t think that I could really say that I dislike any part of it, it’s just pure fun.”

This new winter sport at PA, made available to students of many different experience levels, encourages improvement in each participant’s performance.

“The great part about the co-op with Mound-Westonka is that coach Johnson is encouraging all experience levels to give it a try if interested,” said Mr. Jaeger.

In conclusion, Alpine skiing, holds many beneficial traits such as encouragement of self-growth, thrill and frankly, fun. Instead of participating in an indoor sport, the Alpine skiers engage in a snowy activity filled with euphoria.

“I think if a student can make the commitment and has an interest it would be a great new activity to try,” suggested Mr. Jaeger. 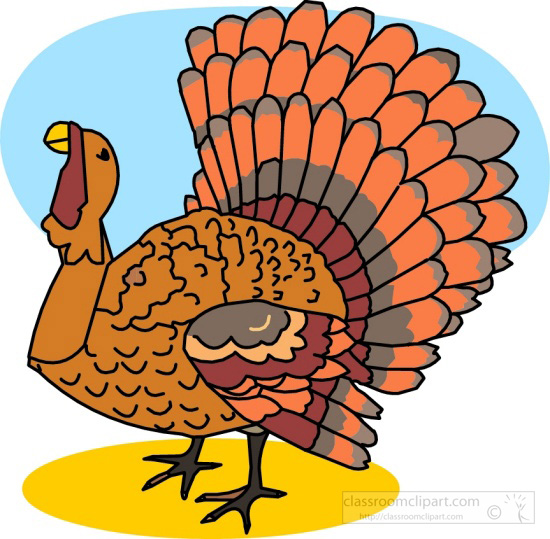 The time when turkeys come out of the oven, colored leaves fall from trees and families come together to acknowledge their blessings were once easily identifiable as the main characteristics of Thanksgiving.

However, today many Americans work their normal hours or use their break for the holiday to catch up on unfinished work.

A survey by Glassdoor.com, a career website, recently revealed that 28 percent of Americans do not take time off for holidays due to fear of falling behind in their work. The survey also reported that 17 percent of surveyors failed to take vacation time because of fear for unemployment. Although some Americans work during the holiday, many celebrate holidays such as Thanksgiving away from the office, or for Providence Academy students and faculty, the classroom.

“Often, our lives become busy, and it’s a good time to kick back and relax while spending time with people we love,” said Mrs. Claypool, a PA Religion and English teacher.

Thanksgiving, not only a time of rest for some Americans, but also one of union. Families, no matter their size, join together in recognizing the many blessings bestowed upon them.

“My favorite part is when everyone comes together and realizes all the blessings and things they should be thankful for,” said PA student Isabella Benson ’18.

Tradition, one main aspect of Thanksgiving, bears great importance throughout the celebration of the holiday. In some American households, Thanksgiving practices have endured through many generations.

“Since I was little, after we pray but before we eat dinner, we go around the table and each person says what he or she is thankful for,” said Mrs. Claypool.

While many enjoy taking time off to celebrate Thanksgiving, some deem certain attributes of the holiday’s celebration as unnecessary.

“One aspect of Thanksgiving that is unnecessary is over-mashing of mashed potatoes,” remarked Martin Partoll, ‘17.

On the whole, America consists of determined workers, dislikers and advocates of Thanksgiving. Many celebrate the holiday surrounded by those they love rather than desktops and files.