Students at Providence Academy have a variety of jobs.  Many are hoping to get one over the summer.

Madalyn Tomaschko ’16 babysits on an average of three times a week. Soon, she hopes to have a job as a swim teacher.

Brendon Boldt ’14 does not currently have a job, but will get one during the summer. He prefers a job involving technology but knows he will most likely end up working at a restaurant.

Claire Patnode ’16 is a nanny and works about once a week.  In the end of March she says she will be applying for jobs.

Marcus Beddor ’15 thinks it would be cool to be a valet for a country club. He does not have a job at the moment.

Last summer, Thomas LeVoir ’14 worked in the sales department for General Nanosystems, a company that is now shut down. They used to sell computer hardware and services.

John Mikkelson ’15 has had a few jobs: washing boats, being a referee for hockey games, and helping out with computer support.  When asked which job is his favorite, he replied, “computer support because I make the most money.”

Upper School students will get a day out of class next week for PA’s annual Field Day.

“We are going!” Mr. Thomas Jones, Clubs and Activities Director, stated in his email sent out yesterday. It is approaching fast on Wednesday, February 26th.

The outing almost did not happen. If 95% of students did not turn in their permission slips by yesterday, administrators said that Field Day would have to be cancelled. Not reaching the participation benchmark also “opens up the possibility for it being cancelled for good,” stated Upper School Dean of Students Mr. David Harman.

Students will have the opportunity to ski or bowl. The tradition started the first or second year that the school has been around. Students would spend a day at Afton Alps.

Math teacher Ms. Diane Hagner says that in 2010, rock climbing was an option, only to change to bowling the next year. Since then, skiing and bowling have been the choices.

Of the six years that Mr. Harman has been here, Afton Alps has always been an option, but since coaches and some parents did not like the athletes out on the slopes, bowling at Brunswick opened up. He states that Field Fay is extra and special. A class day is lost, money and resources are spent, and if the majority of the students do not take advantage and the interest is not there, it should not happen.

The teacher dress code is more of a guideline than an actual rule, according to Ms. Diane Hagner.

On days when visitors come or on Mass days, coats are required. Mr. Kevin Keiser, who teaches ninth and twelfth grade history, says of wearing a coat on Mass days, “I don’t mind it.”

For women, skirts are required on Mass days and biology teacher Dr. Yvonne Boldt, who says she is not particularly fond of dresses or skirts, says she considers this an opportunity to honor God by following her dress code. Dress pants are allowed on the other days.

Each division of the upper, lower and middle schools have their own directors who determine how the dress code is enforced and what things are most critical.

PE teachers have an exception because they participate in the class with the students and need to wear tennis shoes and not dress clothes.

Mr. Plucinski, who wears his hair in a distinct, full and longer curly style, said that he has never received an explanation of why he is allowed to have hair like his at Providence. It is “compared to gravitational theorists in physics like Einstein and Newton,” he said.

He said at his wedding, his dad displayed pictures of scientists who studied gravitational physics and quantum mechanics as a joke and referenced to his hair. He said pictures of Niels Bohr and Rutherford’s hair, short, slick and pulled back, and identical to his father’s, were also displayed.

Upper School Directory Dr. Kevin Ferdinandt states that there are no official and strict rules for the dress code, but it is important that the teachers set a good example for the students.

“Some people think that Mr. Plucinski’s hair is not a good example for high school boys,” said Dr. Ferdinandt.

When asked if Mr. Plucinski would have to cut his hair in the future, Dr. Ferdinandt responded saying, “You can quote me on that as ‘no comment.'”

When looking at PA teachers’ style of dressing overall, Dr. Ferdinandt weighed in.

“Some people think that bow ties are weird” he said. Another strange thing he says he has also seen are flip flops at work, more commonly worn by women than men.

Dr. Boldt says the weirdest thing she has ever seen is not related to clothing, but to whole raw carrots in the pockets of Latin teacher Dr. Jeff Biebighauser.

English teacher Mrs. Laura Leonard is appreciative that her female colleagues dress professionally following the neat, clean, and modest guideline, which is similar to the rules for students. 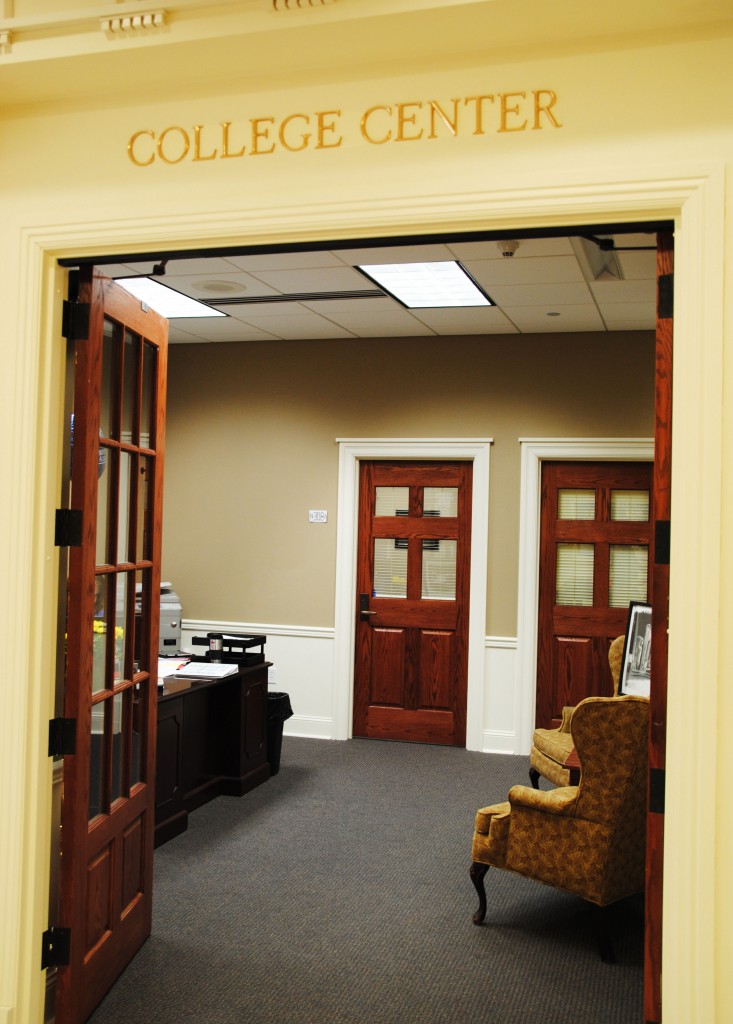 The college center at Providence Academy constantly works with students to guide them along with their life.

Last week, there is a College Conversations program where Upper School parents were welcome to attend and ask questions about college related things. College Counselor Mr. Brian Estrada states, “we especially hope these programs will be useful to parents of sophomores and freshman who may have questions but whose students are not yet far along in PA’s program.”

The juniors are starting their individual meetings with a college counselor. Three meetings are required. The counselors ease the students into the process of finding a college and help them decide the best college for them.

On Tuesday, January 28th, a special guest, Dr. Robert Ivany, visited. He is the President of the University of St. Thomas in Texas and is a retired Army major general. He had led a discussion for parents on the values of a higher Catholic education. Some of the major elements of the talk were that leaders and ministers of colleges are necessary to lead campus ministry programs. 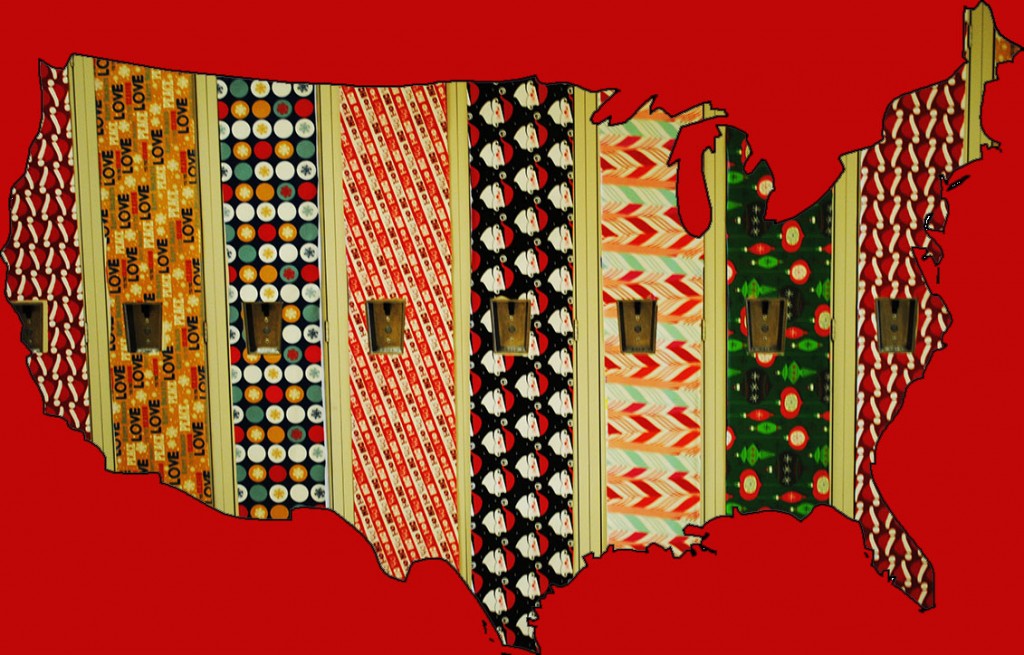 Christmas is just around the corner, which means some PA students will be traveling, and others staying home.

Christina Stankey ’15 and her family are going to Naples, Florida after Christmas to enjoy the sun.

Multiple people will be traveling in order to celebrate the holidays with family. Sarah Whims ’16 is traveling to Washington to visit her sister. Andrew Beukelman ’16 will be visiting family  in South Dakota. Abigail Spichke ’16 will be spending time with her grandparents in Wisconsin.

Mary Walz ’16, staying in the state, will be going to her cabin up north. Vince Sellner ’14 has grandparents in Galesburg that he will be visiting.

Some people have relatives traveling to their house. Rachel Mohrman ’16 has relatives visiting.

Others such as Parker Loew ’17 has no plans to travel or for relatives to visit. Likewise, religion teacher Mr. Edward Hester will give presents to his kids, go to Mass, have a nice Christmas dinner and watch movies with no relatives invited. William Johnson’16 will be staying at home for the break. Ms. Kathleen Haus and her family will be attending Christmas Eve Mass with no plans for traveling or relatives visiting.

Anna from the net team will be visiting her family back home in Kentucky.

History teacher Mr. Kevin Keiser will be visiting his in-laws in St. Paul, Minnesota. He said he is very excited for spending time with his relatives, Christmas, and a break.