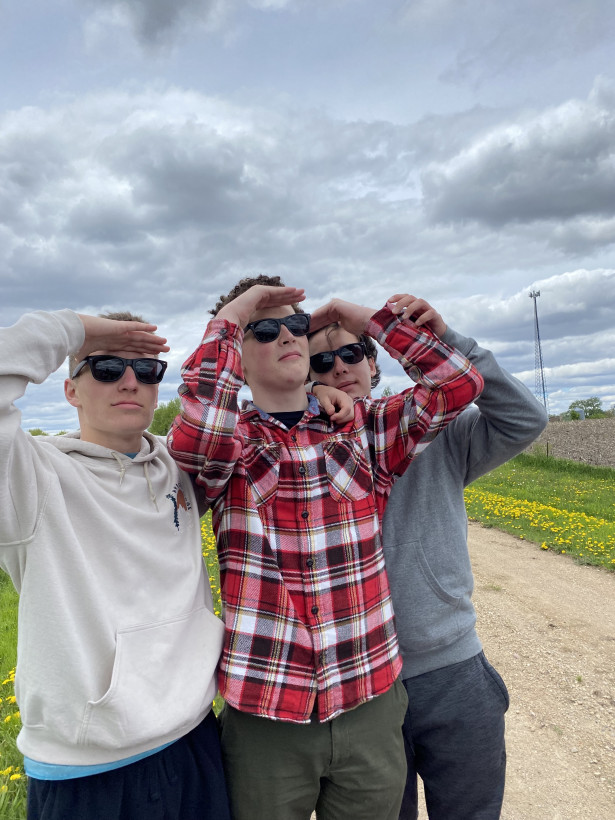 The advanced physics class decided to cap off their year by launching a high-altitude balloon last weekend. The launch was the first of its kind in the history of the class and the capstone of an entire experiment centered on gathering data on cosmic ray muons.

High altitude is required to detect the muons and therefore necessitates a balloon capable of withstanding the elements at a high altitude. Muons are created when cosmic rays (high-energy protons) collide with the nuclei of atoms in the upper atmosphere. These muons are extremely unstable and usually decay before they reach the earth’s surface making them much harder to detect. By using a balloon to lift the detector into the upper atmosphere, more muons can be detected before they decay.

“By raising the detector thousands of feet into the air, we can get much more accurate data than if we just simulated the muons using a computer program,” noted Christopher John Festin ‘22.

The project required weeks of building and preparation. Needing a balloon, the muon detector, and a way to track the entire package, there was plenty of work cut out for the Advanced Physics class.

“I feel that since we have such a small class (12 people) we can really specialize on what we want to work on in the project and get things done,” added Matthew Narog ‘22.

The launch day was an entire event for the physics students. The day started with a trip to Mr. Plusinski’s father’s cardiovascular clinic, Northern Cardiovascular Clinic in Edina where the students learned about the physics of ultrasounds and other medical equipment. After a mini physics lesson, the class drove out to Montgomery to launch the ballon.

“It was cool to see how what we were learning in class can be applied to the real world” commented Mary Rillens Lee ‘22, who is interested in a career in the medical field.

After a few attempts to launch the balloon, the third time was the charm. The balloon quickly rose up into the air and began its flight. Within a few minutes, the balloon was completely out of sight and was being tracked by the onboard GPS

After a staggering five and a half hours of flight, the balloon finally landed in upper Michigan less than five miles from lake superior.

“Mr. Plusnski sai MAYBE the balloon would make it all the way to Iowa, now it is sitting 300 miles away in upper Michigan,” remarked Macalister Clark ’22 on the astonishing distance the balloon traveled.

The class quickly made plans to retrieve the balloon over the long upcoming weekend in order to collect the data stored inside the detectors for next year’s class to analyze.