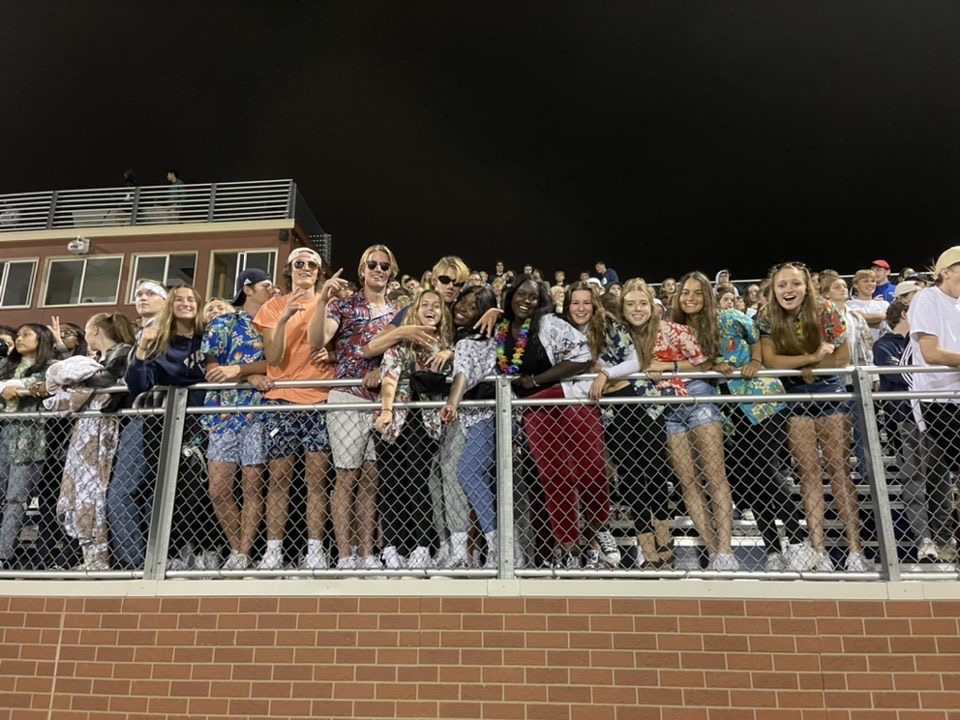 As graduation day approaches, the Class of 2022 can’t help but reminisce about their time at Providence. Most seniors share the sentiment that 12th grade has been the best year of high school. Previous years pale in comparison to the bond seniors have made as a class over the past eight months.

They started the year off with a bang as they watched the sunrise together on the first day of school. Then, they carried their excitement through football games and festive fall activities, such as the senior retreat.

“The senior sunrise and retreat brought us together and forced friend groups to mix who otherwise wouldn’t have had a reason to. We hadn’t had that in high school at all until then,” reflected Emma Kelly ‘22.

Seniors have also undergone PA graduates’ dreaded right of passage: senior speeches. Since November, seniors have been sharing personal stories, points of interest, and comedic relief with their classmates and teachers. Some speeches have even produced stories the class still talks about daily.

For example, for a couple weeks earlier this year, speeches were held in the Great Room rather than the Performing Arts Center. During the first speech delivered in the new location, a lower school student ran, panting, right between the speaker and the audience. The comedic timing was impeccable as everyone fought to keep their chuckles inside. However, as soon as the speech came to a close, students couldn’t help but laugh uncontrollably.

“All the seniors had the same reaction: don’t laugh, there’s a speech going on. I tried so hard not to, but every time I’d push it out of my mind, I’d see him running all over again and burst into laughter,” admitted Mary Rillens Lee ‘22, still laughing.

Luckily, the speaker knew none of the laughter was for the speech, but solely for the child who had no idea he’d encounter speeches around the corner as he was trying to catch up with his class.

The fun continued as seniors supported the Girls Basketball team’s journey to state. Several senior boys left no stone unturned as they arrived at the final game in tuxes and paint-covered faces.

“We wanted to test the bounds of our school spirit. I didn’t think anyone had painted their faces before, so we figured we had to try it. We even got the commentators to notice us!” reflected Paul Hogan ‘22.

Over the course of the last few months, seniors have found a way to make regular school days something to look forward to. In March, a handful of seniors hosted “Pancake and Waffle Day” in which they made and served breakfast to seniors and teachers throughout morning classes.

Macallister Clark ‘22, the student who coordinated the event, exclaimed, “What ties people of all backgrounds together? Waffles! We knew the idea would land because everyone loves waffles and you can make them however you want.”

Senior fun doesn’t stop at assorted breakfast food. Most recently, when weather put a damper on the senior cooker, seniors devoted the time to chips and karaoke. Almost all the class crammed into Upper School English Teacher Mr. Adam Schmalzbauer’s classroom for the last period of the to share some tunes and eat some chips.

PA’s seniors have made the most of their last year of high school. Although it may appear their time in the sun is over, it’s quite the opposite. The group of sixty-eight still has four weeks left at PA, and they’re determined to enjoy every minute of it.