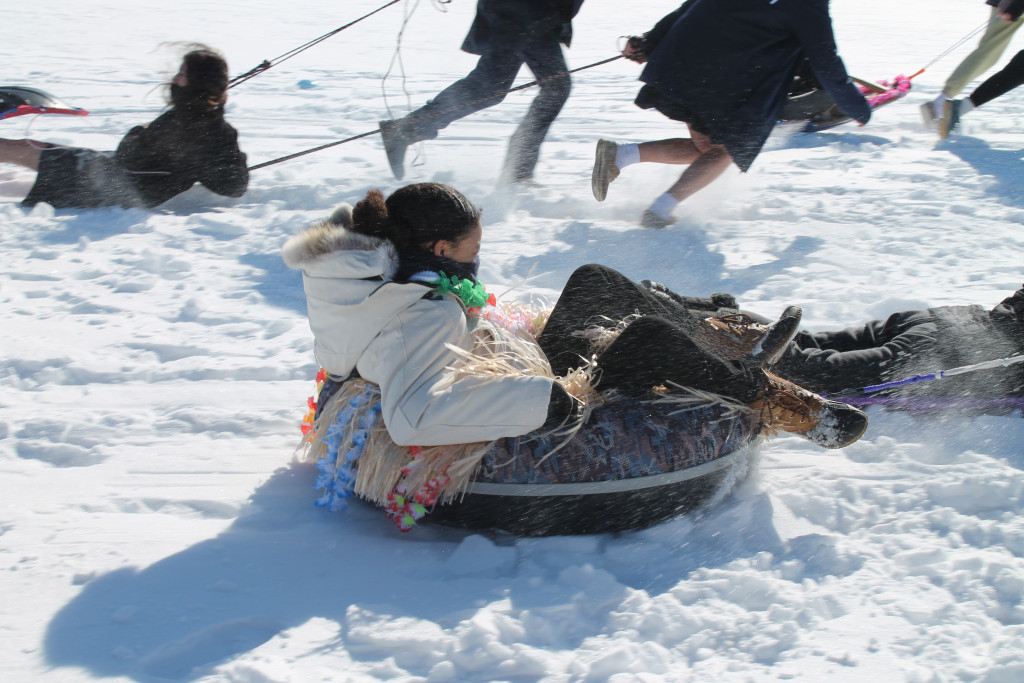 While many may be down and disappointed about the snow lingering as we approach spring, students at Providence Academy are taking advantage of the cold weather through the annual sled races. On Wednesday, March 9th , sleds lined the snow for the second time in Providence history, guaranteeing competitive matches and memorable moments.

“The sled race gives upperclassmen a chance to bond and get to know the underclassmen”, said House Leader Helen Foley ‘22.

Head of Boys’ Houses Mr. Blonski stated that the initial idea for the sled races was an opportunity for all talents to shine. Not only did freshmen have the opportunity to beat seniors, but those who are more artistically than athletically inclined could still tie for House Points. Artistic ability, planning skills, and creativity are essential for Houses to get points for sled decoration.

This year, students took creativity to the next level. There are not any specific rules on what you can ride as your “sled”, so students were happy to fill in the blanks. The snowy soccer field was filled with bins, tubes, snowboards, and even bikes as parts of different House sleds.

Foley supported students’ ability to be creative saying, “I would even say that Houses shouldn’t be disqualified if they don’t decorate their sled, It’s a perfectly valid and strategic decision to not decorate in hopes your sled will be faster”.

House leader Ronan Flanigan ‘22 agreed, “If there was one thing I could change it would be that anything goes and can qualify to race.”

Time will tell if these considerations will take effect for future rules governing the races. To date, there have still been great memories made. Once students put their creations on the starting line, life-long memories began.

Many have committed to memory the image of classmates faceplanting or being thrown from a sled pulled right out from under them.

Flanigan reflected, “My favorite memory was last year, watching all of the freshmen come up with ideas for designs.”

Though the winners of the design contest have not yet been announced, the bar for ingenuity and creativity has certainly been set for future sledders.