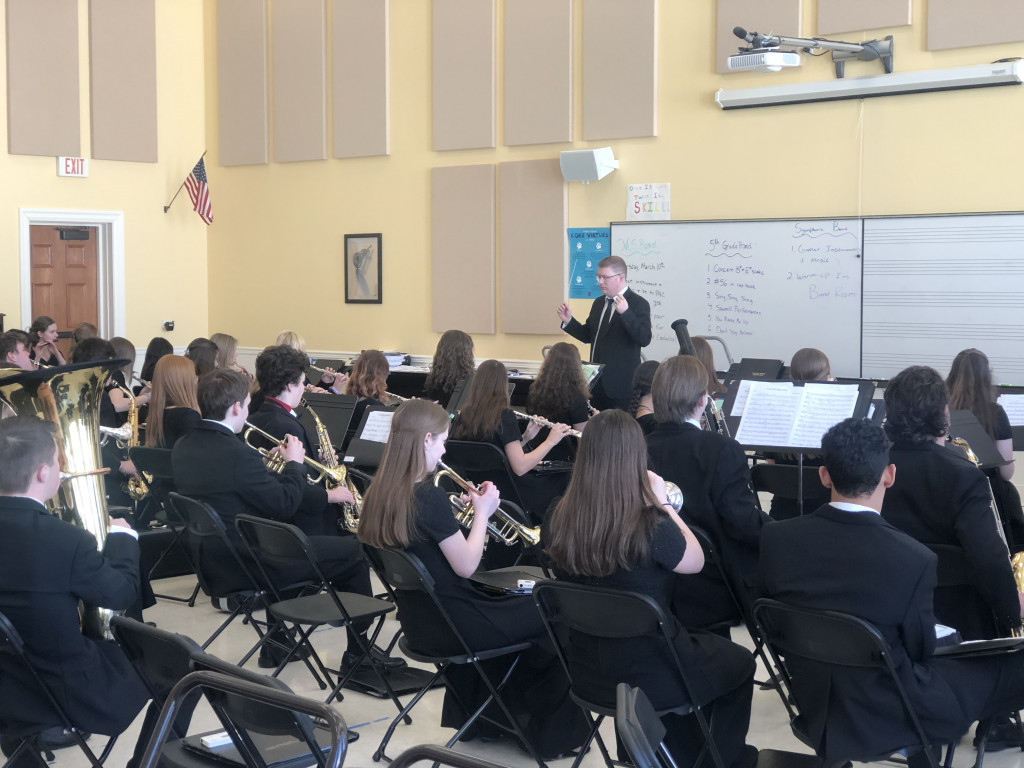 “For heights and depths no words can reach, music is the soul’s own speech,” said Charles Wesley, a famous methodist composer, and writer. On Thursday, March 10th, the Upper School Symphonic Band and Choirs chased after those heights in the annual MSHSL Large Ensemble Contest. And all of their hard work and preparation paid off, as the band, choir, and chamber choir all brought home “superior” ratings and much celebration.

US Band Director Mr. Thomas Jones commented on the significance of this event. “Last year, we didn’t have a contest, so this year it’s been more important than some would have thought.”

Jones continued, “It gives the students a sense of where they rank when someone else judges them and they don’t only have my feedback. And it gives them an accomplishment and pride and it helps them catapult to the last concert of the year.”

Ms. Catherine Ratelle, US choir conductor, agreed with Jones. Prior to the concert, Ratelle noted she was “excited just to perform. We’ve worked hard and polished our repertoire, students are enthusiastic; it’s going to be a beautiful performance.”

Clearly, the adjudicators agreed, as the choir returned to school boasting a double superior rating: one for the entire ensemble and one for the chamber choir.

“This being my first contest was a very nerve-wracking but amazing experience,” recalls Viviana Galarraga ‘24. “There was more pressure because there were judges, but I feel we all put more effort into the contest than a regular concert, and I’m very happy with our results.”

While the band also performed in the contest, their experience looked slightly different. They performed on campus, with Dr. Peter Haberman adjudicating as well as providing both the upper and middle school bands with educational musical clinics.

“I love working with grades five through 12,” Haberman shared. “Most of the students I work with have already had that light of passion ignited in them, but to see that flame come to life in younger students is always such a joy for me.”

Just like the choir, the band ended their day with a superior rating, as well as a wealth of musical knowledge reaped from Haberman’s clinics.

Jones recounted, “This superior rating is important to me because it impacts the band members. They’re my number one. The reason I care about a superior rating is that it leads them to a higher level of playing. Everything should be geared towards students having the best experience with a high-performance caliber.”

The band received more than a rating and musical advice. Before departing, Dr. Haberman gave the students some life advice: “Keep doing what makes you, you. Whether that’s an instrument, a sport, a hobby, do it because you love doing it. And when you go off to college, take that passion with you, and keep doing it, because ultimately these kinds of things shape who you become.”