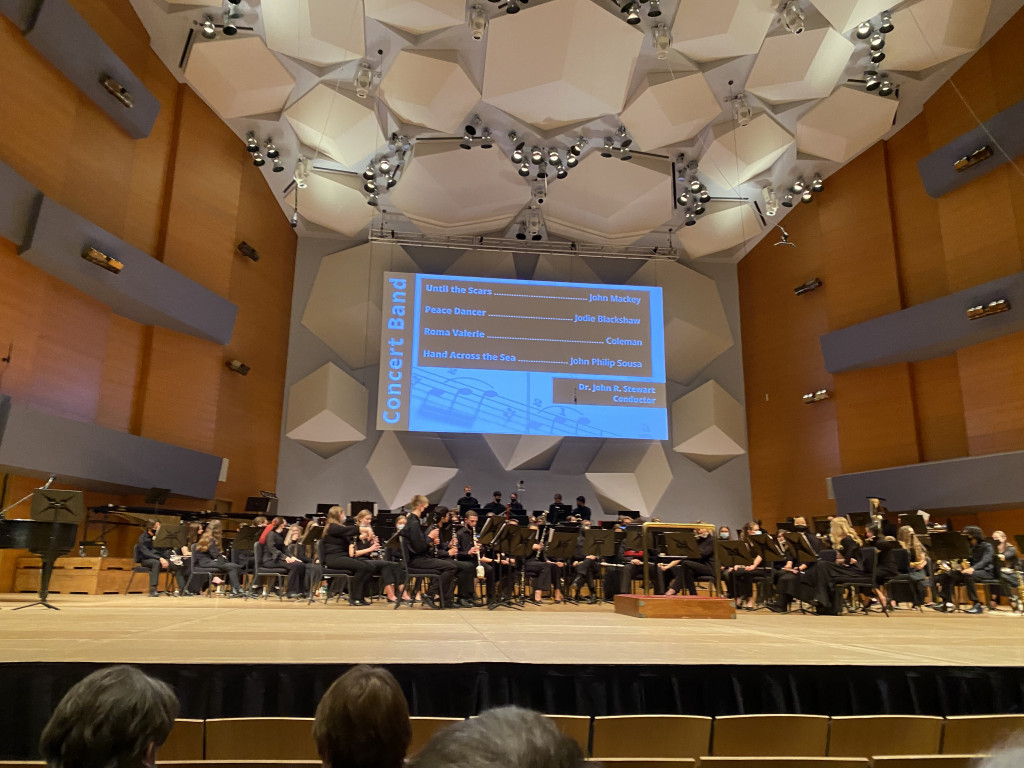 Most know what it means to go to State in a sport: nail-biting matches, high emotions, and lots of school spirit. Few are aware, however, of the fine arts equivalent: All-State Band. Rather than a competition, this is a cooperative group of musicians from all around Minnesota. Students audition by submitting recordings featuring a range of scales and etudes (short songs) that are technically challenging to test their skills. Those lucky enough to be admitted had the opportunity to play music at a higher level and perform in the famous Orchestra Hall.

On Saturday February 19, Providence Academy Upper School students, Gretta Martin, ‘22, Nathan Fish, ‘23, and Ella Flynn, ‘22 were Providence’s representatives for the All-State ensembles. The students worked so hard learning how to play the clarinet, trombone, and flute and were finally able to celebrate all they have accomplished in their musical careers thus far.

“I enjoyed getting to meet other people who love playing the clarinet as much as I do,” glowed Martin, ‘22. “My favorite part was going to Orchestra Hall in Minneapolis. It was really cool getting to warm up and perform in a space where professional musicians play.”

This past weekend was just the tip of the iceberg. Anyone in the music industry knows there was much more work put in beforehand. Students selected for All-State have been practicing for the performances since last May, when they learned they were selected. Participants also attended a five-day music camp at Concordia University, where they met their fellow bandmates, played as an ensemble, and got the chance to enhance their music skills.

“I liked living on a college campus for a few days during All-State Band Camp,” stated Fish, ‘23. “It was really fun to see what it is like to be a college student.”

For the students, All-State was more than just a chance to play at a concert. This was a once-in a lifetime opportunity to experience music played at a high level.

“All-State is a big deal.  It’s a huge honor, and I want to make sure PA students who are at this level are able to audition and participate. I also make sure their names are forever placed on the All-State plaque in the Performing Arts Center,” said Thomas Jones, Upper School Band Director.

Whether it be the new musical techniques they picked up, or the friends they met along the way, this was a weekend the PA All-State students will never forget.