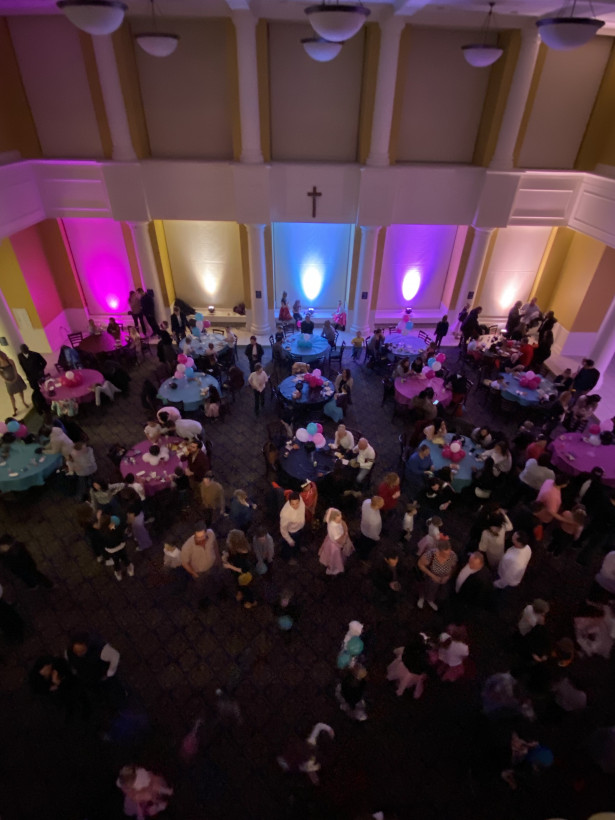 The Sock Hop is known throughout Providence as a night filled with poodle skirts, leather jackets, and all things 1950’s. This event was in full swing Saturday night as Lower Schoolers danced the night away. It proved itself to be so much more than just a themed event, even though it was thought that it would be less popular after last year’s cancellation.

The Sock Hop made a comeback! Despite concerns, more students attended than ever before. The event committee was expecting to have around 300 attendees and ended up having 450 people sign up to attend. It was the best turn out in Sock Hop history.

“Coming off the dynamics of last year, the Sock Hop simply gives kids the opportunity to be amongst others their age,” noted Mrs. Mallory Busacker, chair of the Sock Hop and first grade parent. “It gives them the chance to look up to and learn from older students, befriend younger students, and intermix with new and future friends.”

The number of attendees was not the only thing to come back in full force. Many familiar 50’s-themed decorations and activities brought life to the event. A conga line snaked across the retro-designed Great Room and Limbo and Hula Hooping contests drew a majority of the lower schoolers into the fun. In between all the festivities, Custodian Mr. John Wagner hosted a raffle that continued throughout the night and the winners received lollipops.

The Sock Hop not only cultivates community in the Lower School, but also gives students, siblings, and parents a night to enjoy themselves and spend time with peers outside of the classroom. They get to talk with friends about cool 50’s costumes and cheer each other on during coordinated games and activities.

“I really enjoyed running around and spending time with my friends,” expressed third grader Wells Martin. “It was so much fun!”

“I have attended the Sock Hop every year,” glowed Mrs. Robyn Steinbrueck, First Grade Teacher.  “I love going because it is such a great family event.  Everyone dresses up, dances, and just has such a great time!  Mr. Wagner is an incredible DJ, and he really makes the event a lot of fun for the kids.”

Whether you end up a winner of the hula hoop contest or you are an older sibling hoping to join in on the fun, the Sock Hop is the perfect way to kick off Catholic Schools Week.