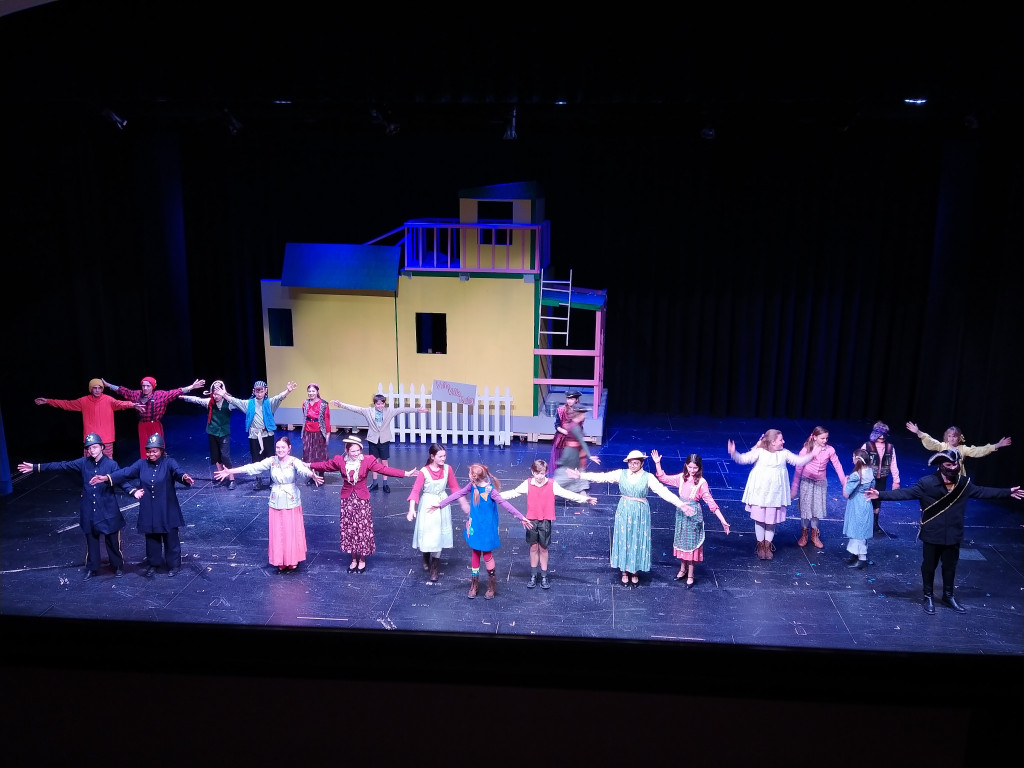 Pirates, robbers, and lively children. On January 21st and 22nd, a cast and crew of 37 Middle Schoolers brought these characters and so many more to life during their hit production of Pippi Longstocking.

Middle Schoolers are notorious for having a lot of energy, and their production was no exception. Pippi Longstocking was a very fitting choice for these young actors and actresses, as the play portrays a young protagonist filled with vivacity and the story has an overarching theme of adventure.

“It is great to be with people who are so hard-working and really like theater,” said Vivienne Martini, ‘28, a newcomer to the Middle School Theater Department.

But this excitement didn’t come without challenges. Last year’s sole production Treasure Island was performed via radio only, with the cast telling the story into microphones rather than performing it on stage. Because of this, the only students who had been in a previous play were the eighth graders.

Director Mrs. Melissa Simmons agreed wholeheartedly, “This was the first PA show for our 6th and 7th graders, which means our 8th graders had to really step up as leaders- which they did!”

The sixth and seventh graders were not the only ones who had to adjust to a new format of theater. Everyone – cast, crew, and in between – were a part of the Middle School Theater Department’s very first musical.

Throughout this process of learning, the students proved themselves to be extremely dedicated. Along with practicing after school nearly every day and perfecting an hour-long show, they even came to school on their day off on Martin Luther King, Jr. Day to have an extra day of practice. At the end of this long process, nearly every seat in the house was filled with parents, grandparents, friends, and many of the students’ peers.

Amelia Hilberg, ‘22 commented, “It was fantastic! The set was amazing. They are very talented Middle Schoolers, especially considering it was their first musical. Oh my gosh. It was High School quality.”

If you are interested in seeing another Middle School production, watch for more news about the Middle School One Act, coming this spring. Updates will be on the ebulletin at providenceacademy.org.