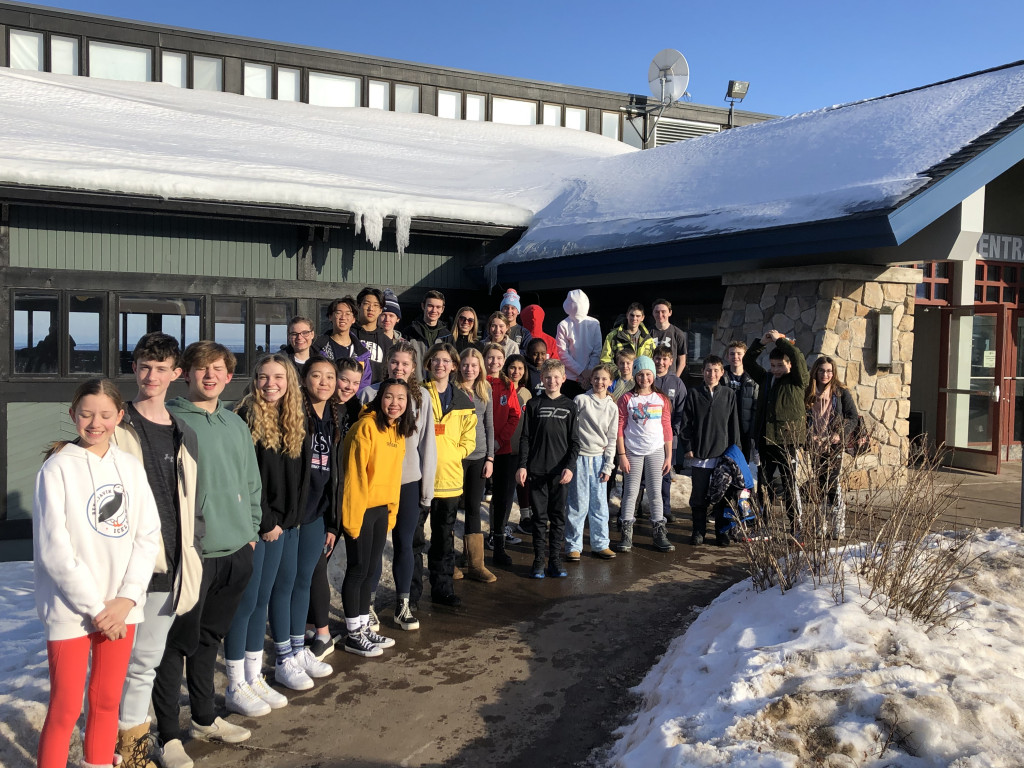 What makes the Ski Club so unique? While other clubs have student leaders at the helm, the Ski Club is organized and run by a teacher. This gives the club privileges no other club has, from off-campus meetings to a day-long trip to Spirit Mountain in Duluth.

Mrs. Colleen Carron is the organizing teacher who has been overseeing the club for the past 12 years.

“I love running the club because it gives me a chance to interact with students outside of an academic setting and just have fun,” Carron said.

Although Ski Club is one of the most difficult clubs to manage due to the need to organize logistics like tickets and transportation, Carron has done an exceptional job ensuring every member is having fun, but, most importantly, is kept safe.

“In my 12 years of running Ski Club I only have had to call a student’s parents twice, and considering how unpredictable some of the younger kids can be out on the hill, we have been blessed with such few injuries,” said Carron when discussing the difficulties of sending young kids out on the slopes.

Carron’s hard work has evidently paid off. Another unique feature of the Ski Club is that it is the largest and longest continuously running club at Providence. It has been offered since the school’s beginning, marking its twenty year anniversary this year, and has accumulated over 80 registered members for the 2022 season.

But perhaps the Ski Club’s greatest accomplishment is the joy it brings its students. Ski Club is often the highlight of many students’ winters. While Providence’s event calendar is often quiet during January, the club gives members something to look forward to nearly every Saturday. From the donut shop in Duluth to the feeling of the wind in your hair, Ski Club members have the chance to have fun with friends outside.

“I love going skiing with my friends and my sister. Having the school organize the transportation and tickets makes it so much easier to get out on the hill with my friends,” exclaimed Kira Cmiel, ‘23.

So whether you are a professional skier or barely making the bunny slopes, Sam Trombley ‘22 put it best:  “Ski Club allows me to experience a whole range of different areas that I otherwise would most likely not have gone to.”