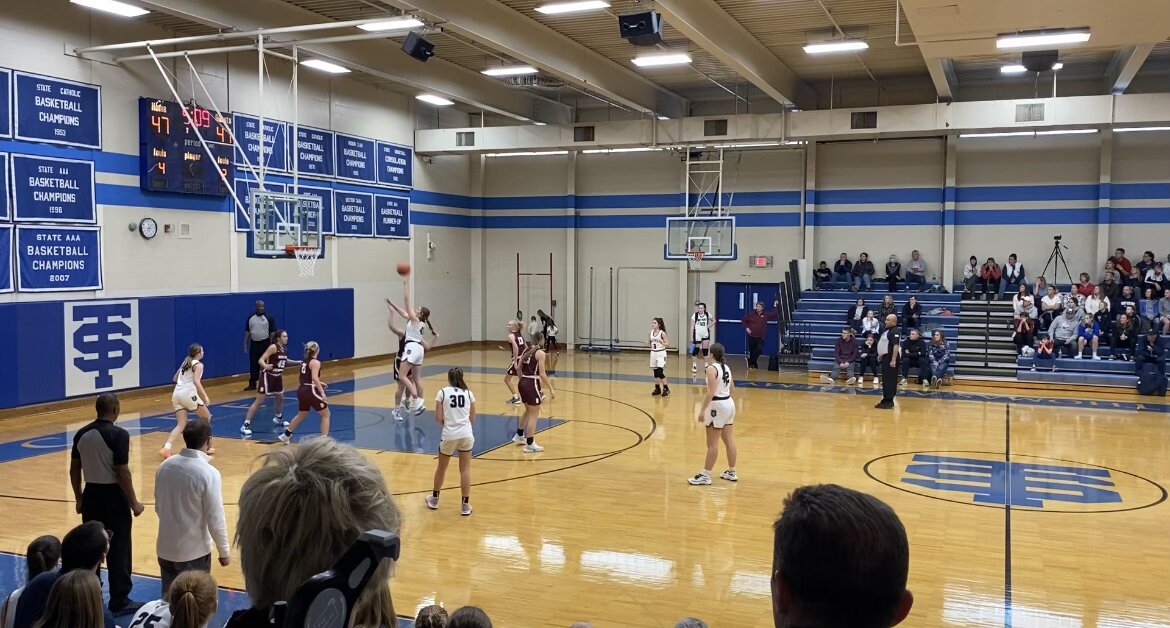 A crowded gym. A loud bench. Teamwork. These are three things that have already led the Providence Academy Girls Basketball team to success early on in the season. After being the runner-up in the state tournament last year, the Lions have high expectations for this season. With numerous weeks of practice and hard work under their belt, the girls are ready to dominate on the court with aspirations to make it back to the state championship game this year and walk away with the trophy. They know this will not happen without determination and dedication, but they are up for the challenge.

Point guard Maddyn Greenway ‘26 commented, “I’m most looking forward to picking up this season from where we left off last season: playing together and playing well. I’m also excited to be challenged by the bigger schools we are playing as I think it will push us to be better.”

The girls’ season started off strong at the Twin Cities Thanksgiving Tip-Off Tournament over Thanksgiving weekend, winning their first game, against Hutchinson. This past weekend, the Lions participated in another tournament, the annual Breakdown Tournament hosted by Hopkins, and walked away with a win against Benilde St. Margaret, one of the top-ranked teams in Class 3A with many strong players. This game was far from easy, but the teamwork and energy brought by the team and crowd alike allowed the Lions to shine and walk away with the W.

Seventh-grader Emma Millerbernd added, “Being on this great of a team, you never know who’s going to show up and what opportunities you will receive. I have gotten the opportunity to play against some of the greatest basketball players in Minnesota or playing against [future] D1 athletes which has made me a better basketball player and overall a better person.”

Not only is their hard work going to drive them to succeed in the coming season, but their bond as a group is also a crucial factor. “Family on me, family on three” is a classic cheer for the team, and the words hold special significance. The team has a strong relationship on and off the court and they all show support for each other in every circumstance. The bench energy is like no other, with everyone cheering their teammates on, showing continuous positivity throughout entire games.

Ellie Millerbernd ‘22 reflected on their relationships and said, “I think the fact that we are such a family, along with the bond we have off the court, help drive our success because of our positivity and attitudes towards each other. Everyone on the bench is always cheering as loud as they can for everyone, and it’s really cool knowing that everyone has each other’s back.”