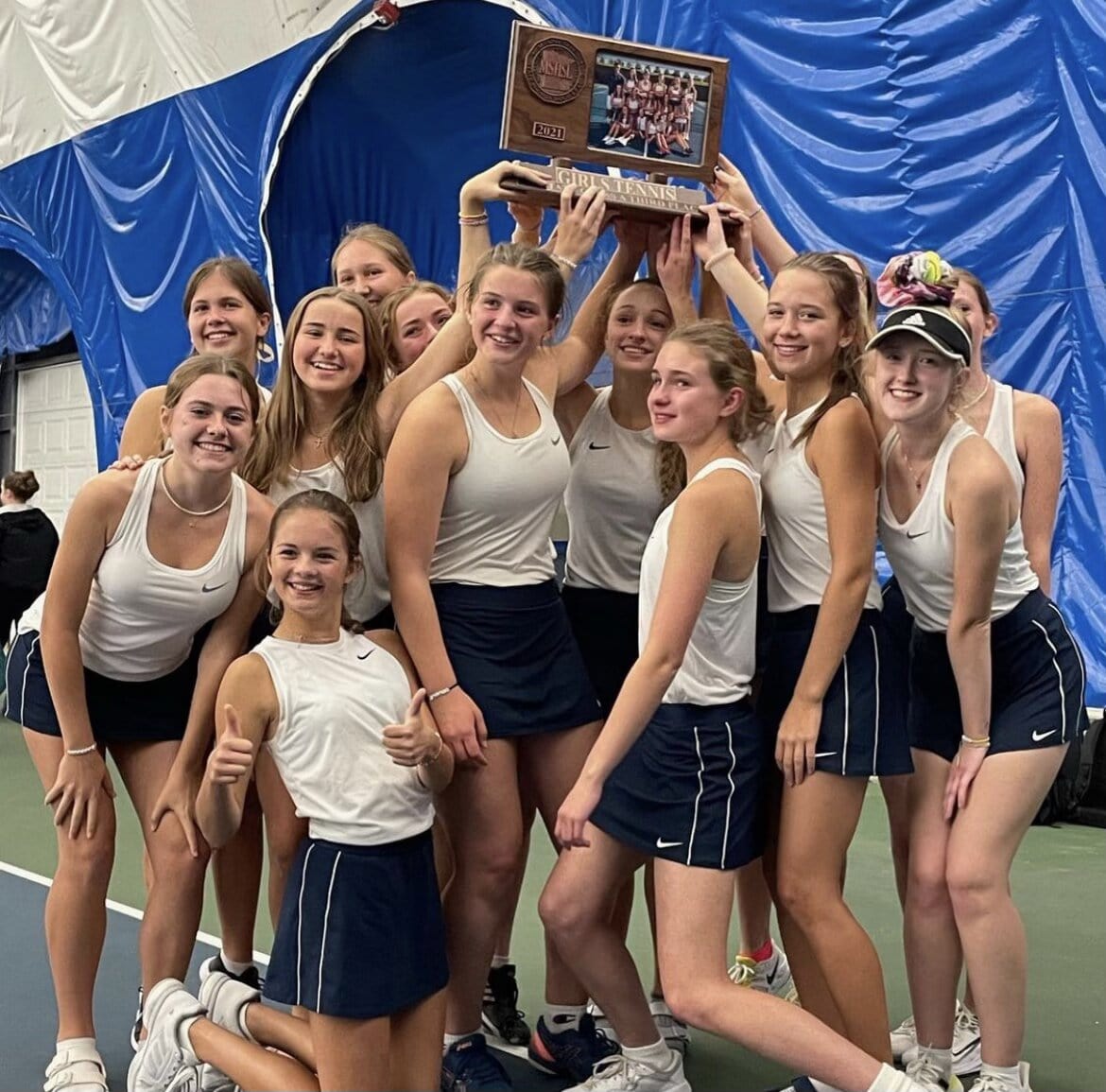 After a season full of many restrictions and cancellations last year due to COVID-19, the girls’ tennis team came back this year ready for success. This past week, the Lions competed among other tennis teams in their class and walked away with the third-place trophy for the Class A state tournament.

Bright and early on Monday, October 11, the team traveled to the Gustavus Adolphus campus for sections play. The girls got hyped up on the bus ride on the way down and got ready for a full day of tennis, walking away with a ticket to the state tournament.

Senior Captain Olivia Eck ‘22 added, “It was a long bus ride on the way to Gustavus and we were all tired because it was early in the morning, but we blared ‘Party in the USA’ through our speaker which got us pumped up and ready for the day.”

On Tuesday, October 26, after a fun send-off by the PA community complete with music from the band and student-lined hallways to cheer the girls on, the tennis team headed to InnerCity Tennis for the state tournament. The Lions won their first match against Crookston and moved on to the state semifinals where they fell to Litchfield, moving to the third-place match the following day. In the third-place match, they beat Fairmount, bringing home the third-place trophy.

One of the team’s varsity coaches, Alyssa Wilkins, added, “The success the team had in the state tournament was definitely a reflection of their hard work and dedication throughout the season; they worked hard during practices and they went out and fought hard during every match.”

With four seniors on the team who will be off to college in the fall, everyone wanted to make sure their last season was one that would be remembered. Wilkins reflected, “The seniors are such an awesome group of girls; we will miss so many things about them. They have shown so much leadership and their energy, positivity, and excitement for their team has set a great foundation for future seasons.”

Not only have they had a strong season with many wins and success in the state tournament, but they have also bonded off of the courts. With members of the team spanning ninth through twelfth grade, they don’t necessarily have connections outside of tennis, yet their relationships have strengthened throughout the season.

Grace Wikenheiser ‘22 reflected on the bonds created, “I will miss the moments both on the courts and off the courts with the team; I will forever cherish the friendships I have created with the team through playing tennis.”

Eck echoed Wikenheiser’s sentiment, “Our bond as a team transcends every circumstance we may encounter and I believe it’s what allowed us to be as successful as we are.”