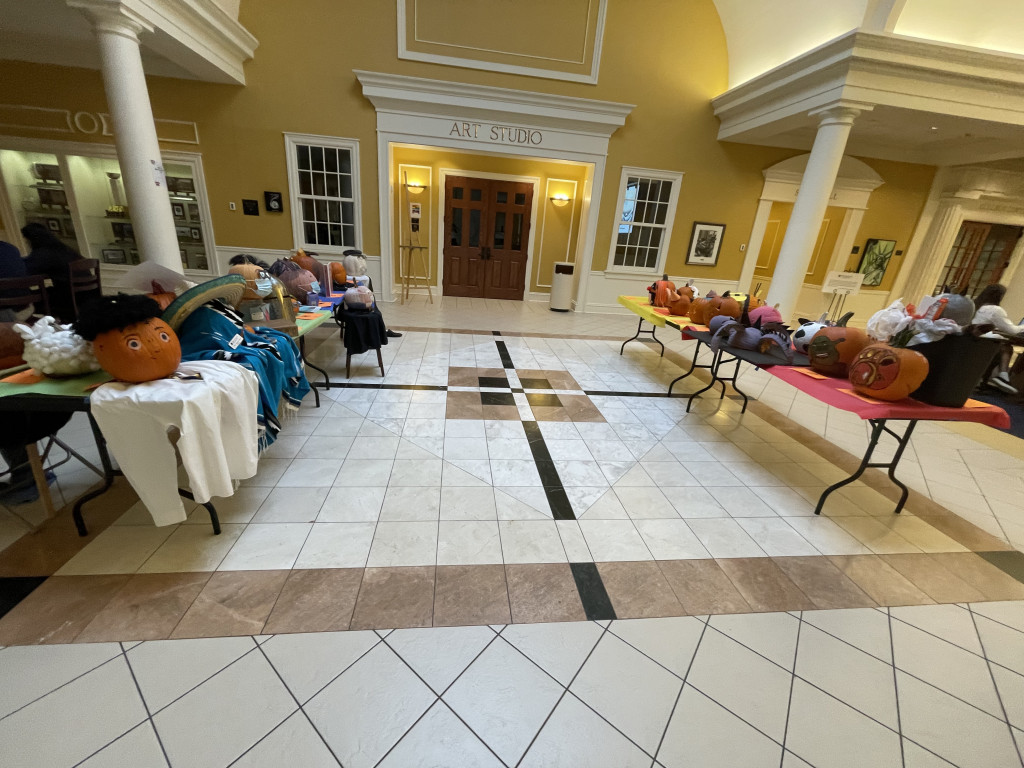 Every fall, one thing unifies the Upper School houses: pumpkins. As strange as this may sound, the annual Pumpkin Decorating Contest is a beloved and anticipated tradition.

Starting six years ago, leaders of the boys’ and girls’ houses come together in October to pick two themes for the contest. This year the themes included animals (chosen by the girls) and the ever so popular theme of teachers (chosen by the boys).

So many people love the teacher pumpkins that Mr. Joshua Blonski, Director of the House Program, enthused, “It’s even gotten to the point where they make teachers fit into the other themes.”

Some of the most memorable creations throughout the years include Iron Man featuring a glowing heart and Mr. Blonski as a Disney princess.

Blonski, together with upper school math teacher Ms. Erika Greene, and three mystery guest judges, judge on the imagination and attention to detail displayed on the pumpkins.

“The pumpkins don’t have to be beautiful. As long as the house pays attention to the little details and thinks creatively, there’s a good chance that they’ll win,” explained Blonski.

In anticipation of the contest, McGinty commented, “This year we are planning to think outside the box and be more prepared by bringing in accessories and props. This will help us have some great-looking pumpkins.”

Onserio agreed with Blonski that the competition is a good way for students to express their creativity. “We all get to be creative together,” she reflected. “Although there are some that inevitably turn out bad, seeing everyone’s ideas and how well they executed them always results in a good laugh.”

After speculation from teachers that Phi and Pi would win this year, and hard work across the board, the winners were…Gamma for their raccoon and Rho for their dragon!  Lambda and Mu took first place in the teacher category for their depictions of Mrs. Hope and Mr. Santer, respectively.

Maxine Kambuni ‘23, Junior Leader of Gamma, basked in their win, saying, “It’s not surprising, but we’re really grateful because we work hard every year.”

Likewise, Tommy Jaeger ‘24, a member of Rho, added “It’s not a surprise, since we win at everything in house, but we’re excited about the pizza.”

No matter the outcome, the Pumpkin Decorating Contest is always a great way for house leaders and members to express themselves, bond over their artistic abilities, and have fun.