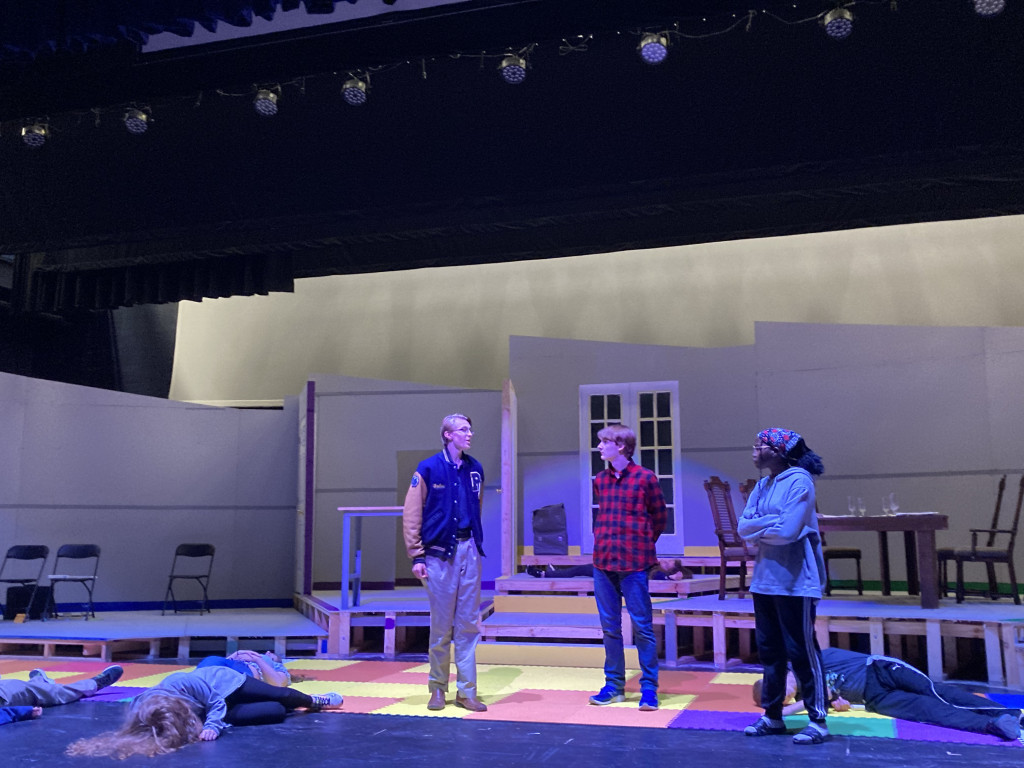 Was it Mr. Green, in the Billiard Room, with the rope?  Professor Plum, in the Conservatory, with the knife? These iconic board game questions are brought to life in PA’s latest stage production, Clue. For three nights the weekend of Halloween, the production will be shown in the beautiful Performing Arts Center: Friday at 7:00, and Saturday and Sunday at 2:00.

All students, friends, and family are invited to come see this amazing show, recommended for grades five and above. Energetic pacing, amazing sets, and elaborate costumes create a fun and entertaining rendition of a beloved 1980’s cult classic. The PA production is based on the movie by the same title, following the famous characters from the classic board game by the Parker brothers. Shortly after arriving at the mysterious Boddy Manor, the eccentric characters are confronted by danger. As key players begin to die left and right, the survivors must find out who the murderer is, before they become the next victim.

The show was chosen for its comedic and mysterious elements, making it perfect to debut the weekend of Halloween. Mrs. Melissa Simmons has been the PA theater director for nineteen years. Simmons described the show as “mischievous.”

Simmons went on to say, “Though I’m in charge at the beginning it really becomes a student show once the lights go up.”

Gage Pietrini ’22, a theater participant for four years, will be playing the role of Professor Plum. He commented, “People should come see the show because it is a great murder mystery on Halloween night and you can really see the dedication we’ve put into it.”

The on stage talent has also made an impression on Sarah Huebschen ’22, a theater participant for two years.  She exclaimed, “I think our energy is fantastic! It’s a very fast paced, energetic show. People recognize the characters, but now they can see a new creative angle.”

Simmons expressed, “Clue is a great show to start the year with because of the amount of fun it is, which gets students involved. People want to come see the show and it boosts participation for later shows.”

The production has not been without difficulty. Because of persistent issues with some students having to quarantine for weeks at a time, there have been some bumps along the way.  Still, Simmons remarked, “I see a great future here. Not only have the seniors been strong but the underclassmen are rising to the challenge.”

No Halloween weekend would be complete without the comedy and mystery of Clue. For theatergoers debating attendance, Pietrini assured, “You wont regret it. I’m thoroughly convinced you’ll enjoy the show.”