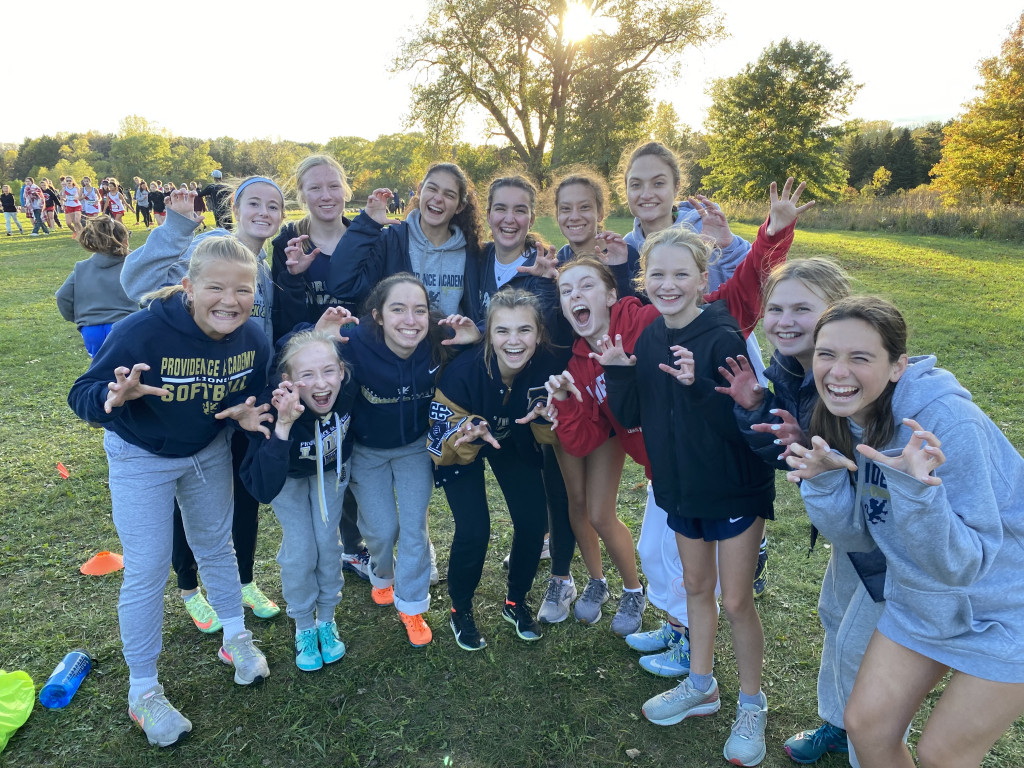 In the main gym of Providence Academy, there are six banners hung along the east wall, each signifying a school in the IMAC Conference. On Thursday, October 14th, the PA Cross Country team took on the five other teams represented by those banners in the annual Conference Race at Battle Creek Park. Though a challenging course, of the 29 Providence runners who competed, 23 turned in their best times of the season and 14 finished in the best times of their career.

Unlike last year, where only a limited number of people were allowed to participate, this race welcomed back every runner. Coach Dan Hickel remarked, “It felt like we were back to normal. There was much excitement to just be together again with the runners who were doing what they love to do.”

In preparation for the race, Hickel said, “There was a lot more talk about teamwork, and how to get the team members to push each other to become better because it is a race we know, a race we’ve done, and a race that is a ‘finish line’ for the entire season.”

This is a very exciting race for the team, especially since it is near the end of the season. Aidan Flynn ‘24 remarked, “One of the first thoughts that came to me after I crossed the finish line was how crazy it is that the season is almost over. It’s sad that I will no longer be racing with some of these people, who I have been running with for years, ever again in a few weeks.”

Flynn continued, “I try to make the younger runners feel the same way as my role models did me when I was their age.”

One of these role models is team captain and senior, Emma Kelly ‘22. She commented on the race night itself, “This year, the weather was beautiful, I know the course, and being a senior gave me a new perspective.”

Kelly placed second, and per the awards ceremony tradition, she was called up to the stage to receive her winners’ t-shirt. She remembers, “It felt really good to walk up there as a senior, after placing the highest I’ve ever placed in that course, looking back and seeing how far I’ve come.”

Overall, both the girls and boys teams placed fifth in the conference, but as Hickel noted, “The main goal was to have all the runners reach their personal goals. [The coaching staff] didn’t care how we placed as a team but wanted the runners to feel like they had grown since the first race. We are happy with their times, their growth as individuals, and as a team.”