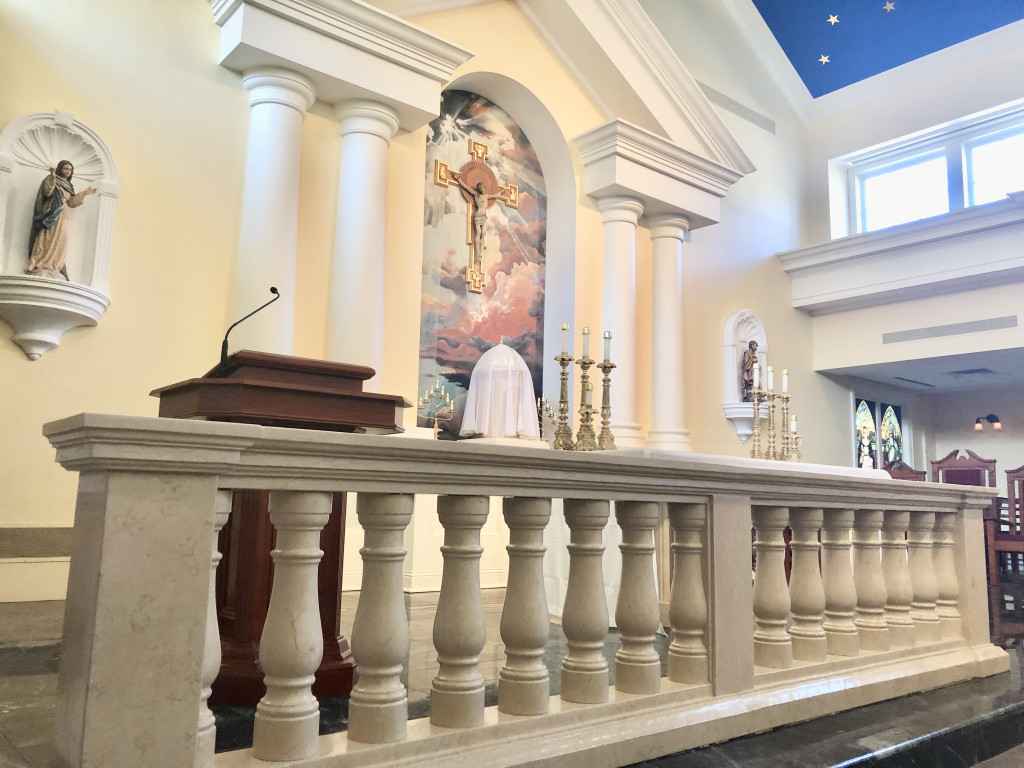 Thus far, Providence Academy’s 2021-2022 school year has largely enjoyed a return to [near] normalcy after a year of intense COVID-19 protocol for in-school learning. This summer, PA also brought back a normality that’s been gone for over half a century: an altar rail.

The Western Church traditionally used altar rails for the distribution of Holy Communion while the faithful knelt and received on the tongue. Previously, priests would use a large cloth held under the communicants’ chins to prevent the Body and Blood of Christ from falling on the ground. The stationary rail later replaced the cloth and became a commodity in Catholic churches. Since the 1960s and 1970s, however, most Catholic churches in America no longer utilize them, making Providence’s chapel rather unique.

“The Communion rail provides us with an opportunity to take a moment when you receive Communion, to not be as rushed,” PA Chaplain Fr. Michael McClellan explained. “For those who wish to kneel, it gives them the opportunity to do so.”

It is not the only recent addition to the chapel, however. The school has also added to the altar in order to house relics, brought back the organ, and installed a confessional. Each of these additions, along with the altar rail, are not merely aesthetic upgrades, but thoughtful ways to provided opportunities for spiritual growth.

“I was excited when I saw the rail,” Marie Heyda ‘23 reflected. “It slows Communion down so that you have more time to dwell on it.”

When so many Catholics have forgotten their roots, PA’s altar rail further exposes students to the true beauty of the liturgy in this return to tradition.

Hogan later commented, “We’re going back to tradition. It’s a nice upgrade from standing in line to receive. It brings you closer to God.”