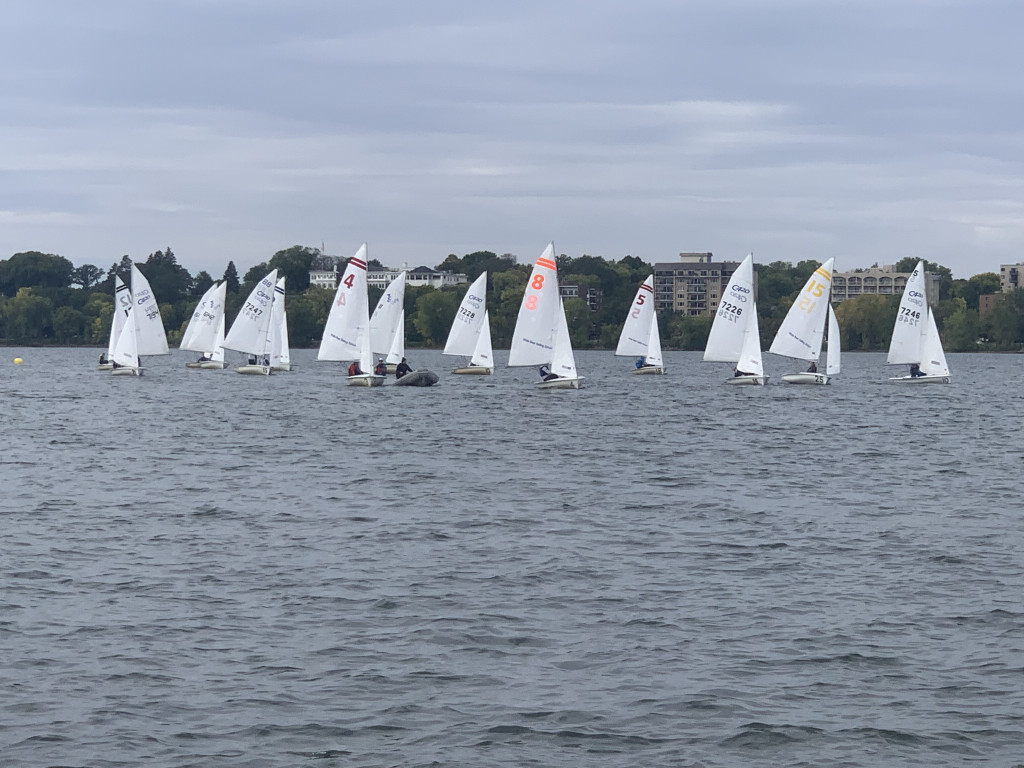 “I didn’t even know we had a sailing team,” remarked Jack Lindberg ‘22.  Lindberg is not alone. Everyone knows Providence Academy has a football team, a volleyball team, a tennis team but many are unaware of the sailing team. What some people may think of as a leisurely activity for a nice day on the lake is a fiercely competitive and physically demanding sport, as PA students Connor Shore ’22 and Casey Taylor ’26 can attest.

With only these two participants, to achieve a full team, Providence co-ops with Wayzata. Due to the small size of the team many are unaware of its existence.

A regatta, the official term for a sailing race, is not as simple as you might think.

“I wish it was as easy as a simple race across the lake!” remarked Connor Shore ‘22.

In reality, it is a multi lap race around 3 or more buoys. The first buoy the sailors must round is always against the wind, so competitors need to zig-zag to catch wind in order to reach the buoy first. After returning to the starting line and rounding another buoy, they do the entire thing again.

Sailors are divided into two fleets, A and B, and take turns competing in the six or more races in a regatta, accumulating points each time.

Since all sailors have the same boats and are subject to the same wind conditions, many skills must be mastered to gain an advantage over fellow competitors. They must plot a course which allows them to catch the most wind. Sailors must also manage the weight distribution in their boat in order to keep it flat. And, of course, crew members must keep the vessel in seaworthy condition, making sure it isn’t taking on water, or dragging weeds.

“I once lost a race because I was dragging a forest of lake weed on my centerboard, ” sailing veteran Shore humorously recalled.

Jackson Connel, one of the Sailing Coaches for Wayzata, commented, “What I actually find most difficult about being a sailing coach is teaching the new kids all the sailing lingo. We have our own language out on the water, and getting the newbies adjusted to it can be quite a challenge.”

Even after becoming versed in the language and developing their skills, sailors rarely sail the same boat twice, thus have to acclimate themselves to a new vessel each regatta. Some races allow them to bring their own boat, but most of the time they are randomly assigned to boats they have never raced in before. Though the boats are technically the same, sailors overwhelmingly prefer their own boats.

Despite being such a small team, and all the challenges sailing presents, sailors can’t recommend their sport enough! They hope that one day Providence will have enough sailors to form their own team.