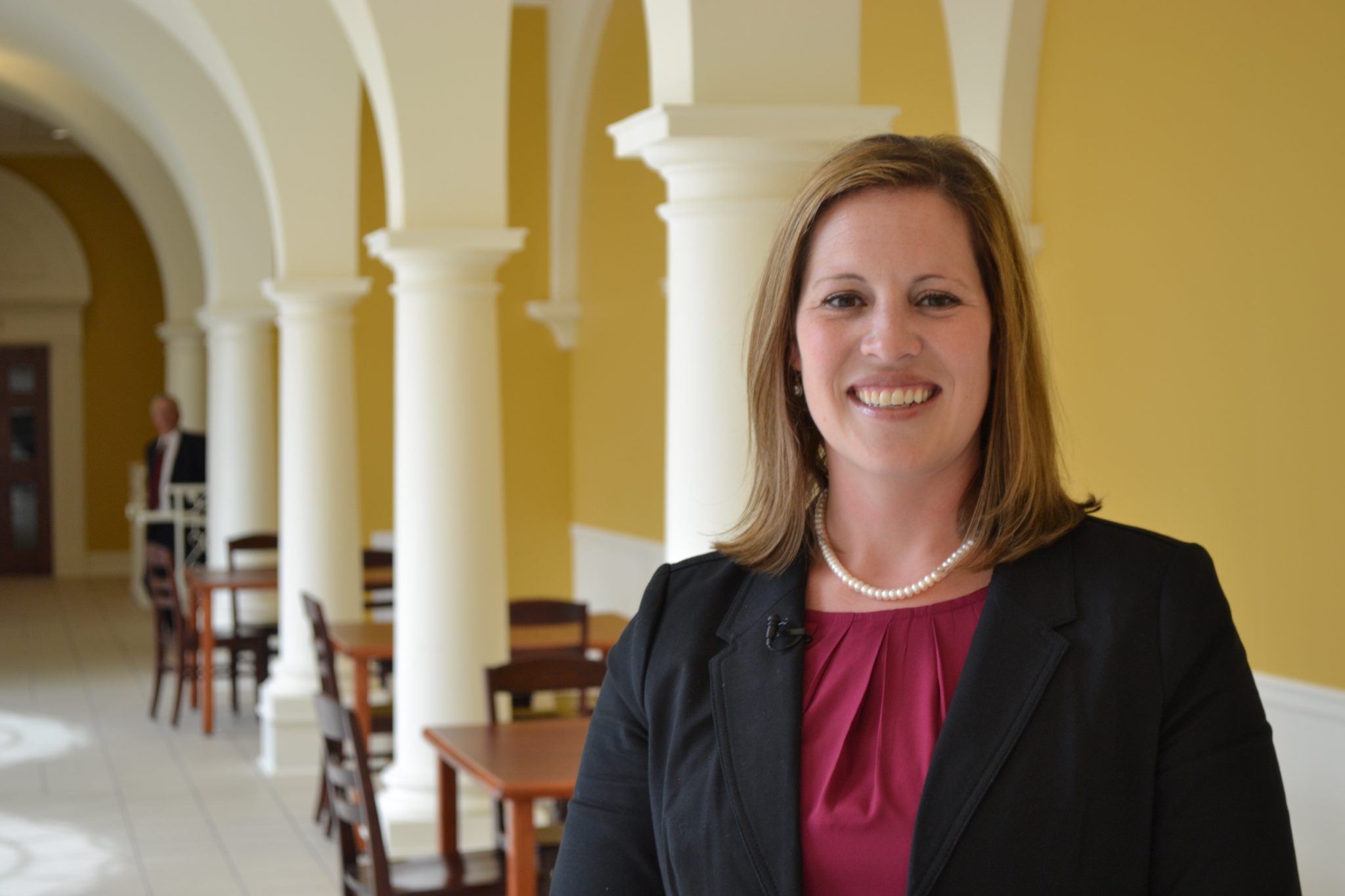 Teacher, Coach, Director, Mother. Mrs. Kelly Harrington has assumed all those roles throughout her seventeen years at PA. And now, Harrington will embark on a new journey as Director of grades 6-12 at Hill-Murray School in St. Paul. Though she will be deeply missed, Harrington takes beautiful memories with her while she leaves an incredible legacy with all she has accomplished during her time within the ‘yellow walls.’

Harrington made the decision to move to Hill-Murray School on behalf of her family. For multiple years now, her three children have been at three different schools and it has become increasingly difficult to manage everyone’s schedule.

“I really wish I could stay at PA,” articulated Harrington, “I love it here, and it is so hard for me to leave. This is a decision I had to make for my family and it is truly what was best for all of us.”

Harrington has taught in all three divisions at PA–Lower, Middle, and Upper school–and has loved every part of it. She started her career at PA in the Lower School as a fourth grade instructor.

“She has always been my right hand,” commented Mrs. Nancy Galgano, Lower School Director. “She never stopped working, even when she was on her maternity leaves. I had to remind her what a leave was! She just cared so much about her job as well as her students.”

Harrington then coordinated pre-K for a year before moving to the Middle School wing, where she served as Director and history teacher. Her most recent title will be the last she holds at PA as Upper School Director.

Though known for her dedication to PA’s faculty and administration, Harrington has also made significant contributions to athletic programs, a natural outlet, given her passionate involvement in student life.  She has coached softball and volleyball in the course of her tenure at PA.

In 2004, Harrington took the position of JV Volleyball coach with Physical Education teacher, Mrs. Colleen Carron, who began teaching at PA the same year as Harrington. They coached volleyball together for two years and then, in the spring of 2006, Harrington started the softball program while Carron was her JV team coach. Carron and Harrington have coached a total of five years together and become very close friends.

“Though this is not the end of our relationship, what I will miss most about being around her often is her ability to make me laugh and her support through life’s ups and downs,” lamented Carron. “I will also miss her passion for students and their education; they have always been her priority.”

Carron and Harrington have experienced a number of milestones in their lives throughout their friendship:  not only have they started two sports teams and a chapter of their teaching career together, they have also endured pregnancy at the same time.

With children only fourteen days apart, Harrington and Carron have enjoyed sharing stories and experiences as they have journeyed through motherhood together while still investing in the lives of their students and their own professional development.

Carron recalled a funny story that neither she nor Harrington will ever forget. During a fire drill, then fourth grade teacher Harrington told her students not to talk. What she didn’t know was that there was a snake on her foot. Her obedient pupils did not tell her about the overly friendly reptile. Carron can still recall the expression on Harrington’s face when she saw her new companion.

A woman who has worn many hats, Harrington will be greatly missed by everyone in the Providence community. As she begins a new chapter, students and faculty alike wish her the best of luck in her next adventure at Hill-Murray.