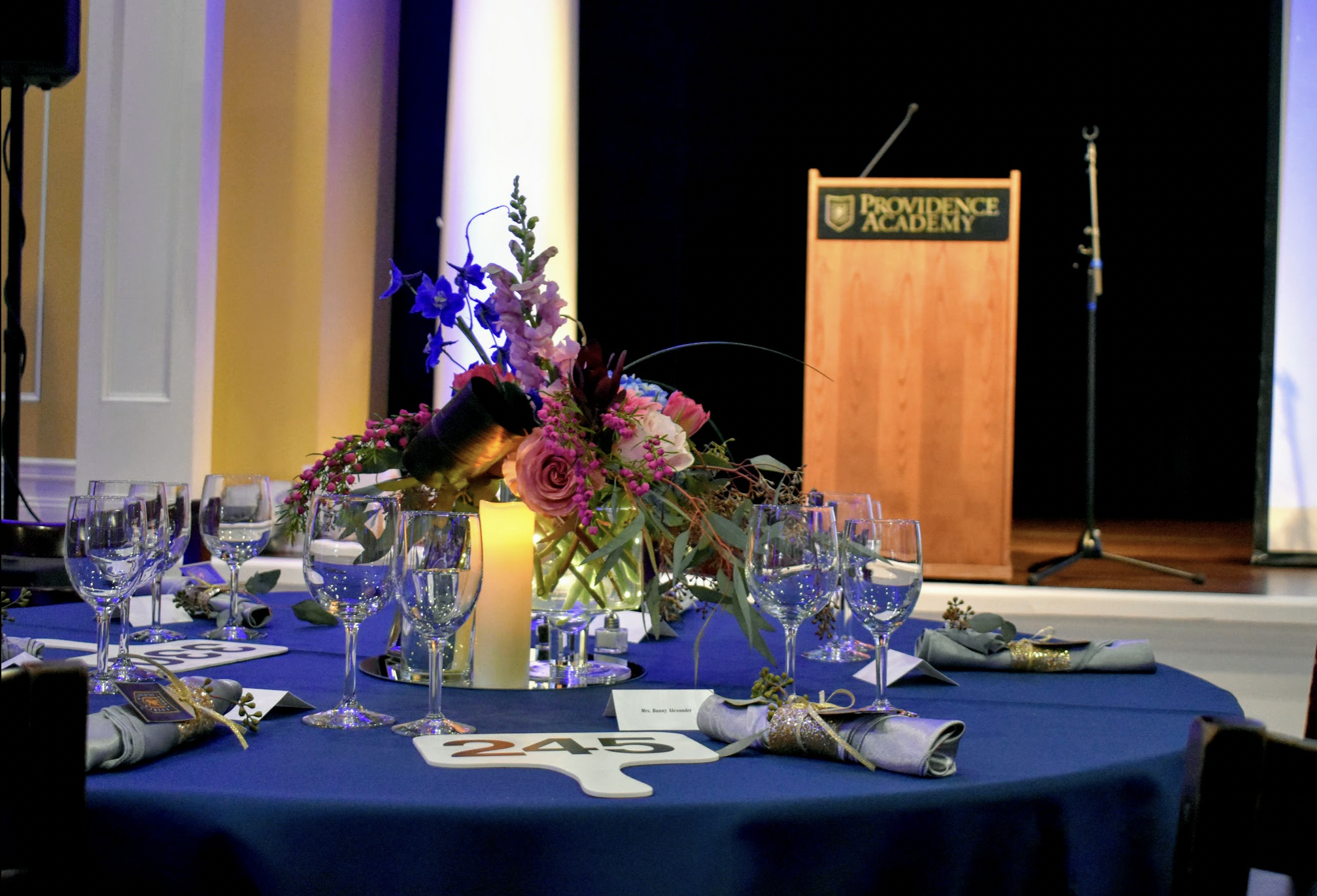 Parents and alumni alike look forward to the PA Gala as a fun night out with friends to support a good cause: the education and formation of current and future PA students. Many extraordinary precautions and long days of extra planning led to a beautiful night held on PA’s campus Saturday, May 1. In a year where the word “unprecedented” has largely referred to unpleasantries, this month’s “Night Under the Stars” brought unprecedented numbers to the annual event.

Gala Chair Mrs. Jillian Twaddle noted, “Everyone was eager to get together, and this year, that yearning alone created amazing success.”

Though the event was up in the air with many unknowns due to COVID restrictions, Manager of Annual Giving, Mr. Josh Anderson worked countless hours alongside Twaddle, staff, and volunteers to ensure the Gala could run as smoothly as possible.

Anderson commented, “We initially were not sure we would be able to hold the Gala due to COVID restrictions on gatherings, but we decided to move it from its usual February date to May 1st in hopes we would have a little more freedom to plan an event like this by the time May arrived.”

Thankfully, that is exactly what happened. Once gathering restrictions were loosened in March, PA was able to hold a semi-normal event. The evening began as it traditionally has, with Mass at 4:30 celebrated by PA Chaplain Father Michael McClellan, followed by dinner, speakers, a live auction in PA’s Great Room, and an outdoor tent with fire pits, music, games, and drinks.

Anderson helped produce a virtual option for those unable to attend in-person but who still wanted to support the school. Anderson explained, “The virtual program piece was a challenge; it took a great deal of time to put together a quality virtual experience for our at-home audience, but in the end it did pay off, as we were able to reach many families who otherwise could not attend in person.”

Not only was this a fun event, but also a very successful one. Twaddle noted, “This year proved to be record-breaking; the energy and the passion of the community throughout the evening was unlike any other year.”

It was truly a record-breaking evening. “This year, we had 21 alumni in attendance – a record number at the Gala,” reflected Director of College Counseling and Alumni Engagement Mrs. Sarah Hogan. As a young institution, finishing its 19th year of instruction, PA’s 1000th graduate will walk across the state in a few weeks.

Hogan continued, “Especially as the number of alumni grows, we want to continue to find ways for alumni participation. The Gala is one place we can invite alumni to attend to reconnect with friends and help further the mission of PA.”

In addition to record breaking numbers of alumni in attendance, the evening was full of other firsts. Anderson reflected, “We had many first-time attendees, alumni, guest speakers from brand-new PA families and long-time PA families, and our first ever husband and wife event co-hosts for the evening. At the end of the night, we had raised over $300,000 – the highest grossing gala we’ve had in more than a decade, and perhaps ever.”