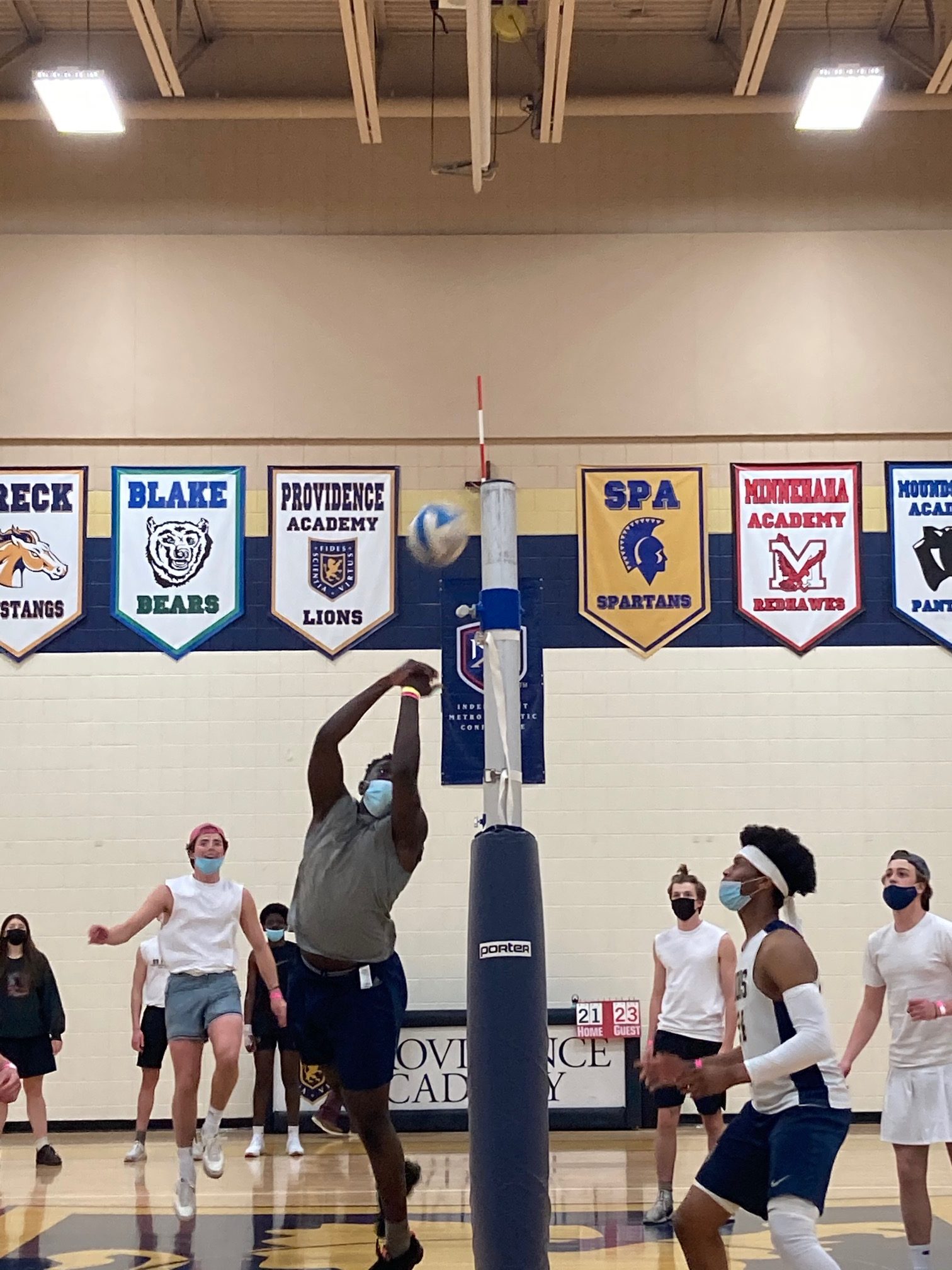 After Houses were established in the PA Upper School in 2007, House Week quickly because an annually anticipated tradition.  This year, upper schoolers enjoyed not just one but two weeks of festivities. Girls’ House leaders took charge to organize last fall’s House Week, a welcome alternative way of celebrating school spirit in the absence of the traditional Homecoming week. Last week, Boy’s House leaders planned a week full of competitive games and lots of excitement, with the overarching theme of Greek Games Week.

“This week is different because it isn’t a full-blown House Week but more of a ‘lite’ House Week,” said Rho House Leader Eli Santelman ‘21.

Though it may have been ‘lite’ by comparison to the fall festivities, students still had ample opportunity to show their competitiveness by participating in a scavenger hunt, powderpuff, and powerpuff games.

“The scavenger hunt game seemed to be a hit in bringing in student participation,” Tanner Kehl ‘21 reflected.

The scavenger hunt wasn’t the only popular event of the week; students take the spirit day themes very seriously and go full out on all of their outfits. On Jersey Day, there were a variety of colorful jerseys accompanied by facetious arguments about rival teams and players.

“My favorite aspect of House Week has to be seeing all the different takes on the uniform themes for the day, such as all the various types and colors of togas or jerseys people wore,” noted Kehl.

Due to COVID, the powderpuff and powerpuff games were delayed from their intended fall dates. Both became a highlight of House week 2.0.

The powderpuff game drew an evening crowd last Tuesday night with the seniors pulling away the win. This is unsurprising, since senior cheating is a tradition.

“Cheating? The seniors? Never! Maybe some flag tying but nothing too major,” said Marie Leggott ‘21 deviously.

Anonymous junior sources report that post-game bruising indicates otherwise. The game was, nevertheless, a good time for the players and spectators.

“The game felt very spur of the moment. We were given the date pretty close to the event itself, without the opportunity to practice, but that made it fun and spontaneous” remarked Liv Klammer ’21.

“We drew up plays on the sideline and then just did them, which made it more like a real game. The boy coaches were absorbing the game and then drawing plays up to combat the juniors game plan on the spot,”  Klammer recalled.

The Junior-Senior rivalry continued on the volleyball court Wednesday when the boys faced off during last period, enjoying the attendance and cheers of all their upper school classmates, spaced in the bleachers. The Junior boys put up a good fight, however the Seniors prevailed in each the two matches. Of the many memorable plays, Santelman noted his personal favorite highlight was JP Ludke finishing a rally with a dominating spike in the second match.

No doubt students relished the second opportunity of the year to demonstrate school spirit and earn a few more House points before the end of the year, but will have to stay tuned to see the final tally of their efforts in the year-long House competition.