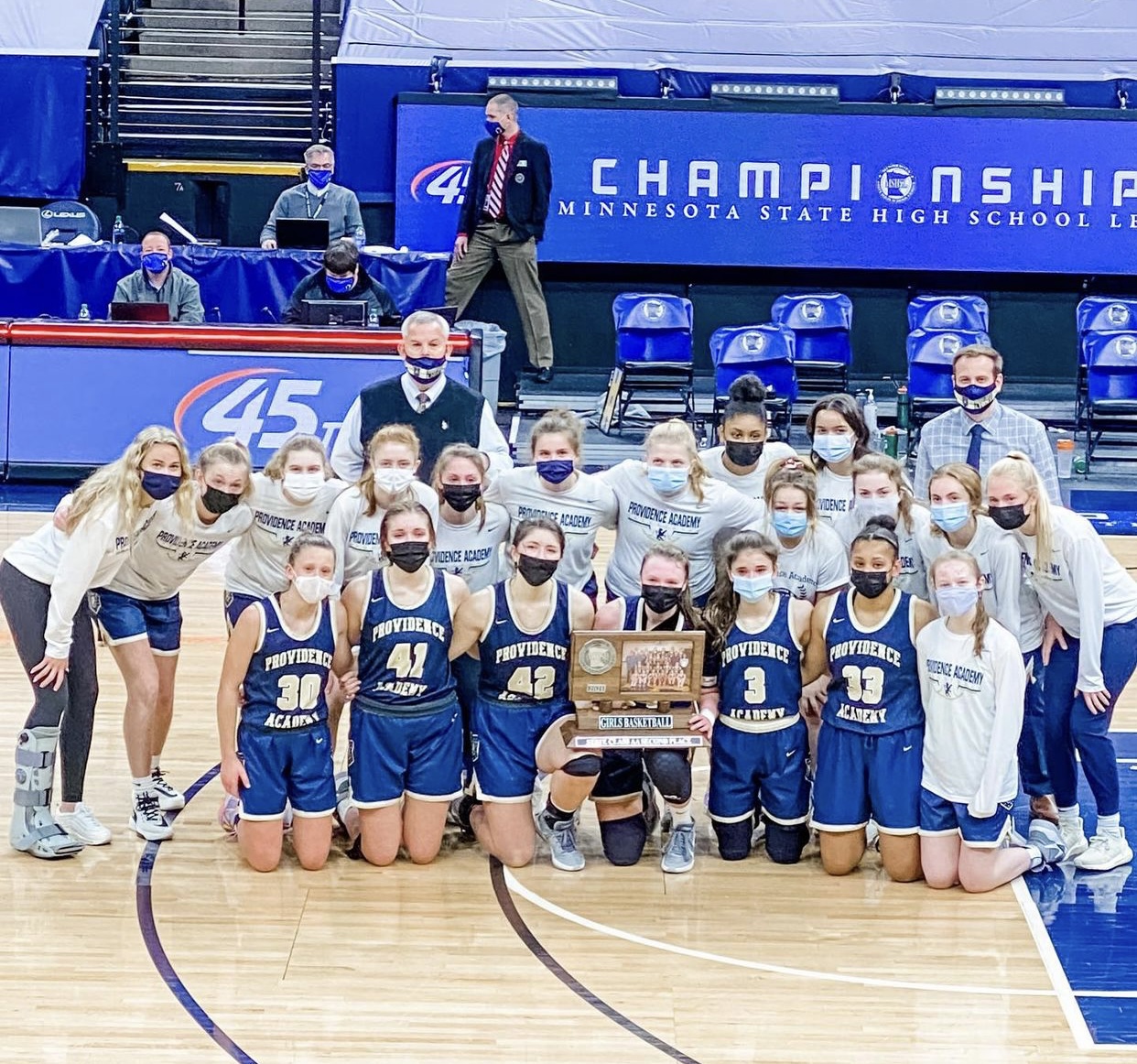 After an abrupt ending to the Lions’ basketball season last year with the COVID-19 outbreak, the Lions came back this season ready to roar. Though their season had a slow start with limited fans and less opportunities for games, the Lions were undeterred, finishing their season 22-2. As runner-up in the Section AA State Tournament, the Lions have created lasting memories, whether strengthening relationships with teammates or having the opportunity to play two games at Target Center.

Varsity Captain Maria Counts ‘22 reflected, “Last year, none of us had any idea that the quarterfinal game in the state tournament would be our last game of the season. We carried over the mindset this year that we should play every game like it was our last because we did not want that disappointment again. It taught us to play our hardest every single time and value the time together on the court.”

The Lions did just that: working as a team, cherishing every game, and once again making it to the state tournament. Coach Connor Goetz commented on the successful season, “Some of our greatest memories as a team were created during this years’ state tournament. Winning our first state game against Duluth Marshall where one player alone scored 67 points and winning a game at Target Center were definitely highlights of the season.”

The Lions were thrilled at the opportunity to play in Target Center. Mrs. Jean Miller, mother of two Lady Lions, added, “Seeing the girls achieve their goal of going to the State tournament and seeing the support the school brought was so rewarding.”

Miller noted, “School support is key, from a simple, “you got this!”, to lining the hallways to send them off in style, to actually going to every game and cheering for the Lions.” School spirit wear day, a sold-out fan section at the championship game, and a decorated team bus were just a few ways community members showed their Lion pride in the girls’ run for the state title last week.

Guard Brooke Hohenecker ‘24 said, “The school always supports us in every way possible, whether it’s them putting something out on social media or preparing a send off for us! It makes the whole team feel so loved.”

Point-guard Maddyn Greenway ‘26 echoed Hohenecker’s sentiment, “I love how all of the students and staff are invested into our games and how we do. It was great, especially during the state tournament, to have their support.”

Despite a hard loss for the Lions, the team dedication is still there. Miller remarked, “These women are the hardest working, motivated and tenacious teammates I’ve met. And, thanks to Coach Goetz, they are hungry for a W.”

Goetz asserted, “Something I told the girls in the team huddle was that I want them to “remember this feeling”. I told them that we need to work incredibly hard this off-season to make sure that we don’t have to feel this way again. It’s my hope that the girls can reflect on the amazing accomplishment that it was to get to the state championship game, but let that pain of losing fuel them to get back there next year.”

The end of the 2020-2021 season does not mean basketball is over until the fall. The team has high hopes for bringing the trophy home next year, which will not happen without practice.

Greenway concluded, “Of course we wanted to finish the season with a win but that makes us even more determined for next year and it will push us during the off-season. I look forward to hopefully making it back to the state championship next year!”