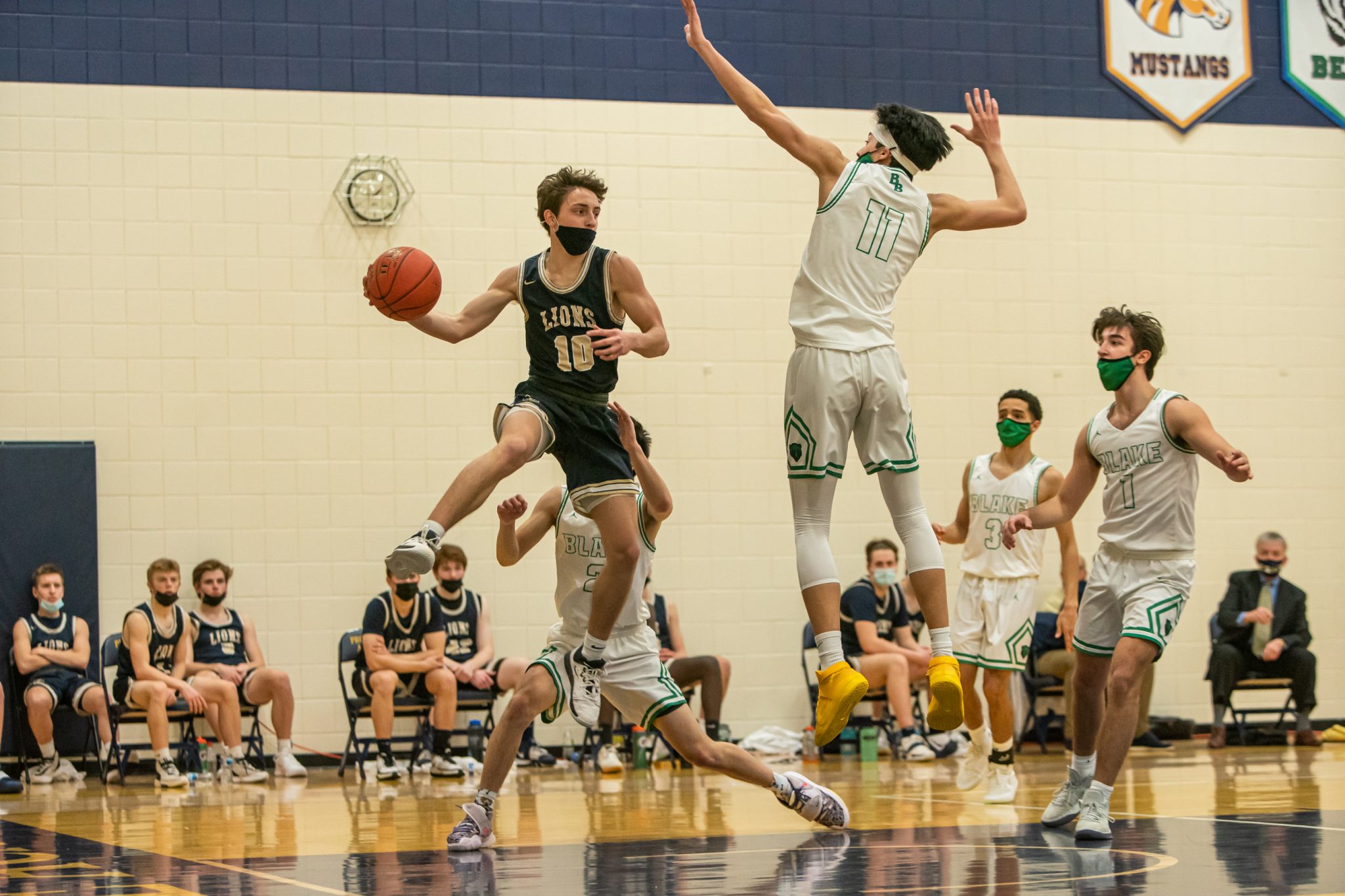 Senior year is full of “last times.” From final Homecoming games to final drives to school, seniors carry the mixed emotions of excitement and sadness as they move on to the next stage of life and leave high school behind. Saturday, March 6 was yet another last for senior boys basketball as they played their last game at Providence.

“Playing at home for the last time was bittersweet. It’s tough leaving a sport you have played your whole life,” remarked Sam Schroeder ’21.

Basketball is a really big part of many players’ lives. If it’s to connect to classmates or follow dreams of collegiate or pro-athletics, the sport impacts their lives in many ways. Through wins and losses these graduating seniors stuck it out with with the sport they love to the end. Many players grew up playing basketball, and several of them have played together for all four years of high school, and so a departure is like leaving an integral part of their life behind.

Not only was this a bittersweet moment for the players, but also for the fans who have rooted them on since day one.

PA mom, Mrs. Jackie Schroeder commented, “I was a little sad, but I also realize this is just a chapter in Sam’s life that is coming to a close; another chapter will begin and new adventures will come out of it!”

The basketball season has been one of hard work and team growth, the team unity grew with each game.

Paul Pellegrene ‘21 shared, “This year I felt our second match up against [St. Paul Academy] was when we felt most like a team. It was a good win over a school that beat us earlier in the season.”

With each practice and game, Coach Steve Brown sought to instill the values of self-discipline, competitiveness, and positive self-esteem. With these values, Brown hoped that each player realized his potential for success.

Though this season has been one of progress and bonding for the Lions, it has also come with many challenges presented by COVID-19. However, the boys have risen to the occasion despite the struggles.

Brown noted, “We have had injuries and battled quarantines, but I couldn’t be more proud of the effort that these young men have displayed this year.”

Though hard-fought, the senior night game sadly ended in a loss for the Lions. But Brown had a different take away for the team as a whole. “We are 11-7 heading into section play,” he summarized, “[The team is] confident that they can make a run in the playoffs. It’s been a very successful season.”