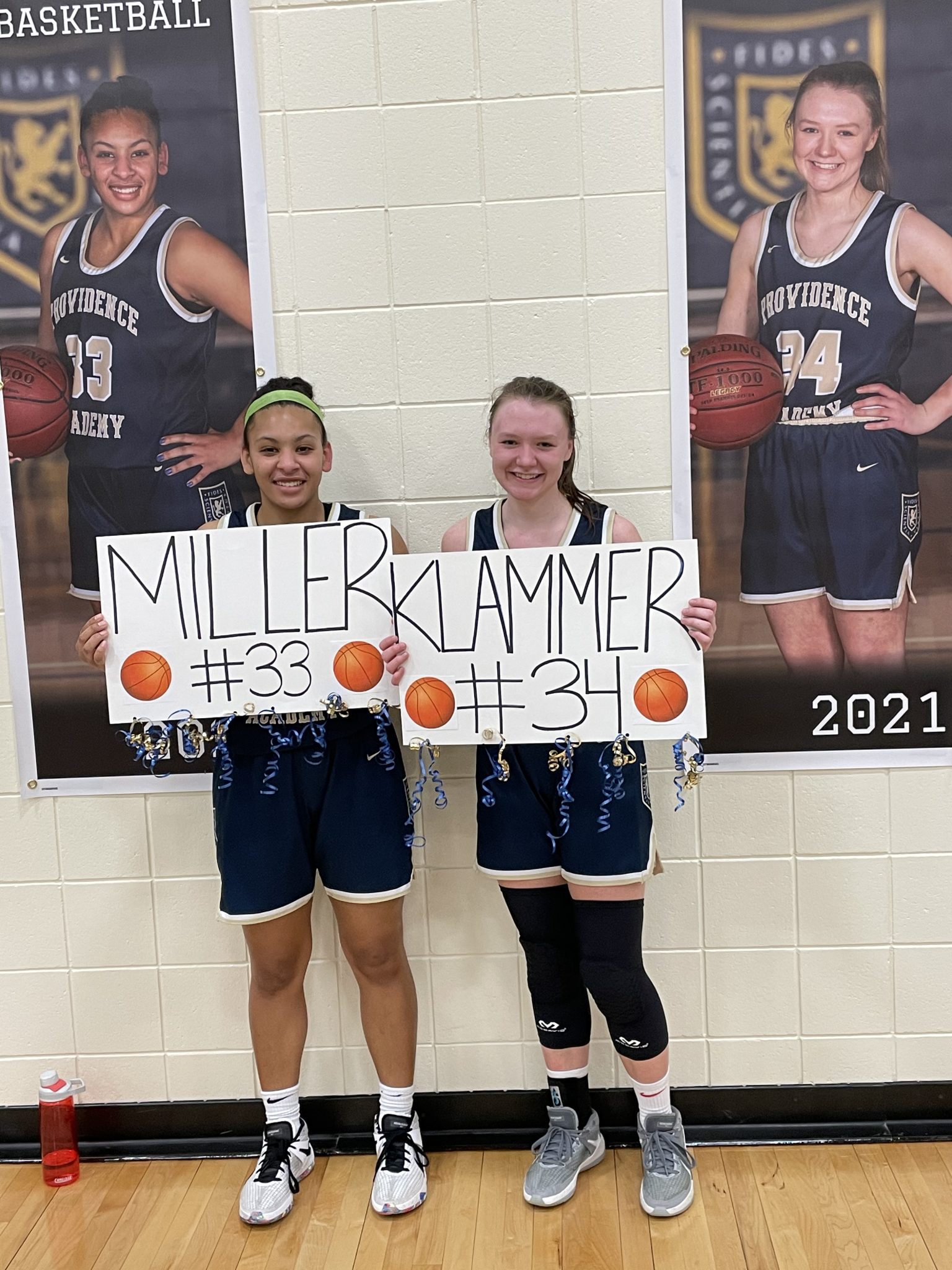 Every high school athlete looks forward to Senior Night–a commemorative moment after years of hard work and dedication to their sport.  But this year’s Senior Night for girls’ basketball at PA was especially meaningful.  After COVID-19 cut last year’s run for the state title short, the lady Lions are back and ready for their second shot.

Tuesday March 9th, the Lady Lions prevailed 62 to 24 over the Breck Mustangs, adding to their impressive season record, and taking advantage of one of the last home games of the season to celebrate the efforts of the team’s two seniors:  Carissa Miller ‘21, and Olivia “Liv” Kammer ’21.

Though new to PA, Miller has had no trouble finding her footing with her teammates.  Miller remarked, “Switching schools as a senior virtually never happens, but neither do global pandemics. I’d definitely say that basketball has helped with the transition.”  She was happy to be welcomed so quickly into the tight-knit group, “The team is so close, and I consider my teammates family.”

Ellie Millerbernd ‘22 echoed her sentiment, “We really are like a family, everyone is so comfortable around each other and we all work together so well.”

Klammer, on the other hand, has been on the team for quite some time.

Team bonding has been a priority during this more condensed season; the team had to bond and get a feel for how each other plays much more quickly than usual if they wanted the same on-court magic from last year. Miller noted, “we’ve had to take advantage of every minute, because [we know] it could be ripped away from us at a moment.”

Head Coach Conner Goetz remarked on the fortitude and resilience of his team, “For the seniors to go through such an uncertain time this year, it has really been a difficult thing to deal with.”

Goetz continued, “From the season getting pushed back to the schedule changes and a lack of fans in the gym, it has been anything but a normal year.  That being said, the attitudes of our seniors has never changed.”

With another Conference win, the Lady Lions earned the number one seed in Sectionals, hoping to continue the path to state they were on last year before the devastating cancellation.

No doubt this will be a year to remember, not only for Miller and Klammer, but for all the Lady Lions.

Click here to see the Lady Lions in action against Breck earlier this month.