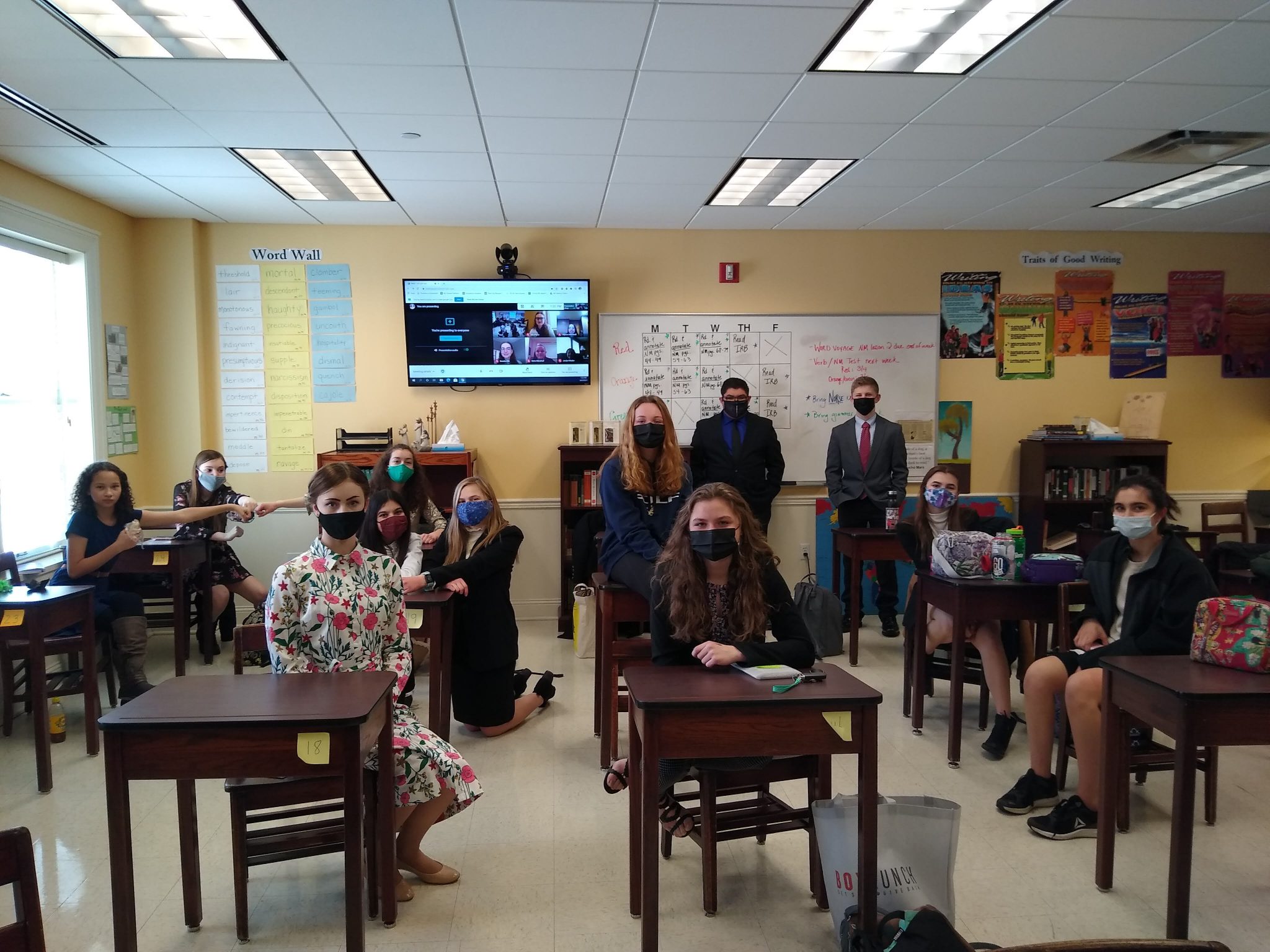 As spring nears, the snow melts, and things are taking a turn for the better. When the Speech season began in January, students would log into competitions from home. Before each competition, the club did audio and visual checks as well as warm-up exercises. The students then went on to compete on camera in front of three judges. But recently, Providence gave club members the option to compete from school. On Saturday, February 27, Speech club participated in their second at-school competition, the Maple Lake SpeechBall XVIII, and finished 5th overall out of 23 teams.

Speech is normally a small club, with about five to ten people. However, since COVID was threatening sports  there was a surge in interest in the club. It has grown to twenty-two students from grades seven through twelve.

Unfortunately, not all changes have been positive. In order to slow the spread of COVID, MHSHL ordered all Speech tournaments to be conducted online. Until now, all competitors logged into competition remotely.  While this followed COVID protocols, it didn’t allow for the usual team spirit and social time.

“Competing at home was kind of awkward,” Anika Austvold ‘24 commented. “We have to make sure our surroundings are quiet and empty. Also, there were a lot of nerves because people aren’t there to calm you down.”

Luckily, all this changed recently.  The team has appreciated some significant differences from competing at home, mainly more social time with the team.

“I liked being at school, it was fun talking with other people in between rounds,” enthused Pia Leiseth ‘23.

The social aspect isn’t the only positive to being in Speech, though.

And the Providence Speech Team is doing great. During the Maple Lake Speechball, in addition to placing 5th overall among 23 teams, PA placed 2nd in the “large schools” category, and had three competitors make it to the top eight in their categories.

Students present three different times and in front of three different judges in their respective categories: from original oratory to extemporaneous speaking, from storytelling to discussion. Five contestants are placed in a room, or in this case a video meeting, and the judge ranks the room from first to fifth place. High-placing students advance to final rounds where they compete against others who ranked well. Finally, an awards ceremony closes the competition.

With the successes and the return to normalcy, the future of the Speech team is looking up. “My hope for the next competition is that students have their pieces memorized and can begin working on positioning, gesturing, and some of the other areas that take their performances up a notch. Obviously, each competitor is in a different place as far as preparation goes. But as we get closer to Sections, which qualifies competitors for State, fine tuning becomes essential,” Simonson stated.