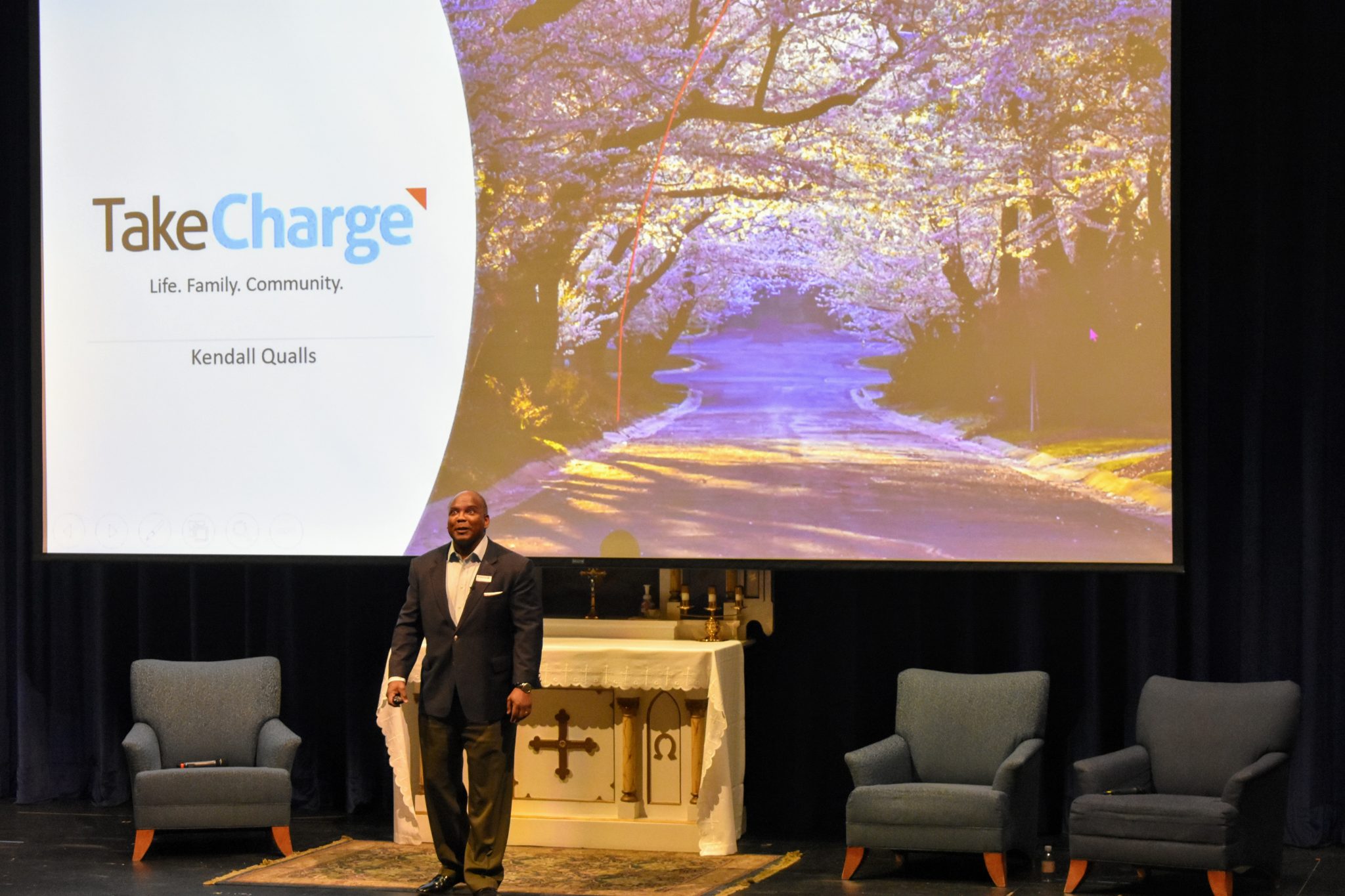 Faith, family, and education. These three values are the foundation of any prosperous society. Unfortunately, a still young America has already begun to forget these core values. As a result, marriage rates are declining, standardized testing scores are dropping, and fatherless homes are increasing. Though these issues affect every racial and ethnic group, black Americans have especially suffered their negative consequences. Facing this mounting data, Minnesotan Kendall Qualls founded TakeCharge. Last Wednesday, February 24,  Kendall Qualls and his wife Sheila came to speak to PA students about the mission of his newly founded nonprofit and ways he thinks the black community especially can return to these values.

What is TakeCharge and why does it matter? Qualls founded TakeCharge to help black Minneapolitans return to former values of faith and family, with education being the key to success. Qualls explained that many of the negative statistics associated with the black community can be attributed to lack of fathers, marriages, and education. Qualls relied on statistics, as well as his own experience, to make his point.

During the talk, Qualls shared his story to demonstrate that success is possible for black Americans like himself. From growing up in crime-ridden Harlem, New York to serving in the U.S. Army, working for Fortune 500 Companies, and running for U.S. Congress in 2020, Qualls embodies the American Dream. With TakeCharge, Qualls hopes to see more success stories like his own starting right here in the Twin Cities.

“Mr. Qualls brings a wealth of personal experience,” Headmaster Dr. Todd Flanders shared. “He thinks there is a formula for success and people of all racial and ethnic groups who follow the formula have statistically much higher probabilities of flourishing.”

The talk was especially important for students as it gave them a different perspective on the issues of the black community than those that dominate the media. Having lived through it himself, Qualls emphasized that these problems are often less race-related than culture-related.

“The fact that he has experienced the difficulties he still sees, and has a possible solution made his proposal more meaningful,” Katelyn Newmann ‘21 reflected. “I trusted his ideas more because I knew he came from the very communities he’s hoping to reach with TakeCharge.”

TakeCharge plans to reach out to black Americans through the use of short videos that promote Christian morals, marriage, and access to better education. For these initiatives, TakeCharge plans to draw upon the wisdom and courage of mothers and grandmothers.

Qualls explained, “The whole premise behind [TakeCharge] is to return to cultural roots. God did not intend mothers to raise kids alone and be alone. Mothers and grandmothers are the backbone of the black community and they can convince men that we will benefit from this.”

Perhaps one of the most important aspects of TakeCharge is the unifying and hopeful message at the heart of the movement.  Putting faith, family, and education first can only make stronger communities and a stronger America where e pluribus unum, out of many, we are one.

To learn more about TakeCharge, visit the website here.