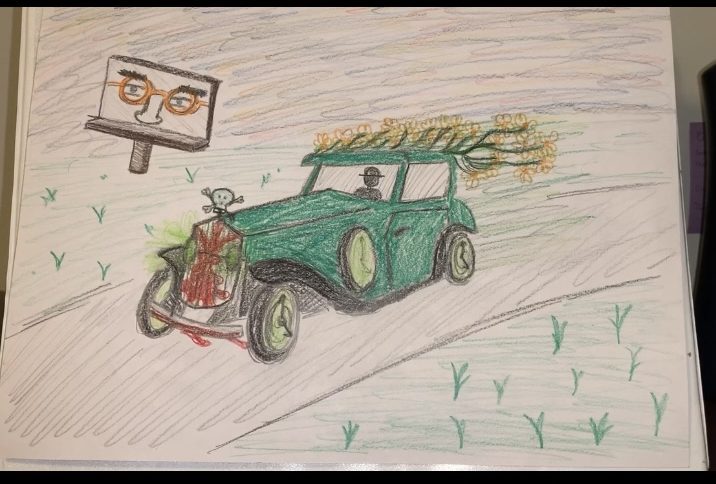 “You can’t repeat the past? But of course you can!” Is the sentiment that Jay Gatsby gives his neighbor, Nick Carraway. For nearly a century now, the dazzling world of The Great Gatsby has enchanted readers young and old, pulling them into a world of lavish parties, forbidden affairs, and the elusive American dream. And now, it will be easier than ever to enjoy Gatsby and his world, given that this year is the year that The Great Gatsby enters public domain.

But what exactly is public domain and why does it matter? Public domain is a common phrase to denote forms of media that are no longer subject to copyright law. This means that anyone can make an adaptation, quote, or variation of the media in question without having to face the penalties or fines associated with copyright infringement.

For the longest time, Gatsby and his story were under lock and key of the Fitzgerald Foundation, meaning that very few if any adaptations were made. This scarcity meant that while the story was a classic, it wasn’t as easily accessible to those interested in reading it or exploring the lore of the roaring twenties. However, given that the piece officially turns ninety five this year, the copyright has expired and Gatsby now lives in public domain among Dickens, Agatha Christie, and A. A. Milne’s works.

Mrs. Hejna, one of the upper school literature teachers, commented on the positive benefits of having Gatsby in the public domain. “I think all the PA English teachers would agree that this is a great book, and the more we can get great books into the hands of the public, the better!” she stated.

Along with getting the book into more people’s hands, Gatsby’s newfound accessibility also opens the doors for more adaptations of the story to hit the stage. The number of plays, musicals, and even ballets using the concept of Gatsby can skyrocket now that more amateur and semi-professional companies can perform this classic, rather than just Broadway.  But the stage isn’t the limit.  If rumors are to be believed, there might even be a Muppets version of Gatsby coming to the big screen.

“The Muppets have potential to bring a really creative twist to this story,” Elliot Tomashko ‘21 enthused, “it might be funny and provide an interesting commentary about the characters and the story line.”

Besides adaptations of the original story, there is also now potential for prequels and sequels, given that the characters and the world that they live in are no longer bound by copyright. Renowned author Michael Farris Smith’s newest novel, Nick: A Novel, is one such work.  Nick follows the story of the ethereal narrator Nick Carraway and his life before he met Gatsby in a sweeping international adventure in a world torn apart by World War One.

What readers know of Nick is currently colored by Gatsby.  “Nick: A Novel sounds like a good idea because it gives a different perspective on the world and it will allow us to know more about Nick without the influence of Gatsby,” Ava Vetter ‘21 stated.

Arguably the most important part of having Gatsby in public domain is that it will inspire creativity for many more years to come. While it’s by no means the greatest book ever written, its messages of hope, love, and optimism in the face of insurmountable odds is timeless and thanks to Gatsby and his now more accessible world, will live on forever.