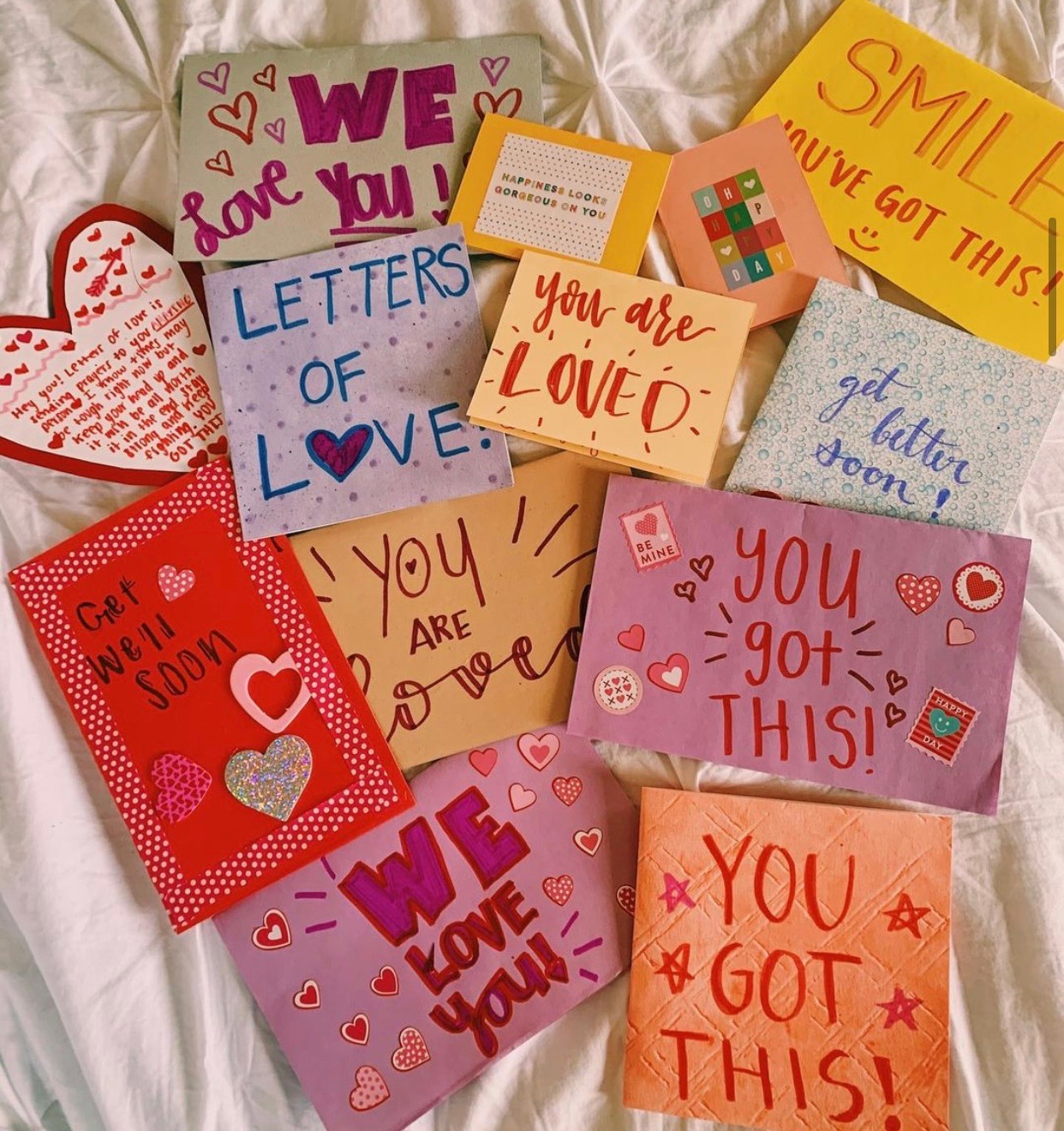 Showing love towards others is crucial within Providence Academy. Along with the addition of many other new clubs this school year, PA added Letters of Love to the list, creating a place where students can come to make cards to send to children in hospitals, with hope that something as simple as a kind card could brighten their long days.

Christina von Dohlen ‘22 said, “It is meaningful to me that people receive support while going through hard times, and Letters of Love allows students to do this.”

Letters of Love is a well-known organization among many schools. It was started in 2018 at Orono High School, just a few miles down the road from Providence. President Stephanie Momanyi, senior at PA, and Vice President Grace Wikenheiser, junior at PA, took the initiative to bring the organization to Providence Academy. After seeing the success brought to other schools, Momanyi and Wikenheiser knew it would be a great addition to PA.

Wikenheiser commented, “It is so cool to be part of a global nonprofit while still benefiting people within our own community.”

The club is deeply rooted in love and care towards others, whether towards a friend or someone you’ve never met. Grace Berbig, founder of Letters of Love, made this a key aspect of her life. As a graduate of Orono High School last spring, Berbig left her legacy behind. During her junior year, she wanted to make a change in the lives of children fighting illnesses. She says, “After my mom died of leukemia when I was 10 years old, I was inspired to create good and help people who are going through something similar as my mom did.”

The hospital was a familiar place to Berbig throughout her childhood, as her mom spent a considerable amount of time there while battling cancer. Berbig always remembered how depressing it felt, and wanted to change this. In remembrance of her mom, she created the club to emotionally support kids who spend much of their childhood in the hospital.

She began the club as a small organization with her friends and peers. Two years later, the club has grown in ways never expected. Berbig said, “In one year we have gone from 0 to over 500 members at the Orono chapter (over half of our student population), started branches of the club at 19 other schools in Minnesota, and are in the process of beginning clubs in three other states as well as other countries such as Poland, Italy and Austria.”

Students at PA cannot wait to learn more about the club. The club hit the ground running, and has already held a few events. The first activity Providence held was making cards for teachers at the school. Students made cards for Señora Ramierez, Señora Hope, and Mrs. Hejna, and enjoyed the opportunity to get a further understanding of where the club is rooted and what it consists of.

Beginning in January, Letters of Love will meet every third Friday of the month in the atrium. It is an easy way to hang out with friends, receive volunteer hours, and brighten others’ days all in one place.

William Wehmann ’22 concluded, “Letters of Love is a good way for people who are sick or struggling to know that even if they think they are at the lowest of all lows, there is someone there for them. It’s such a good feeling to know you are going to make someone’s day by taking five minutes to make a card, and I’m so excited to see how much Letters of Love grows within PA.”