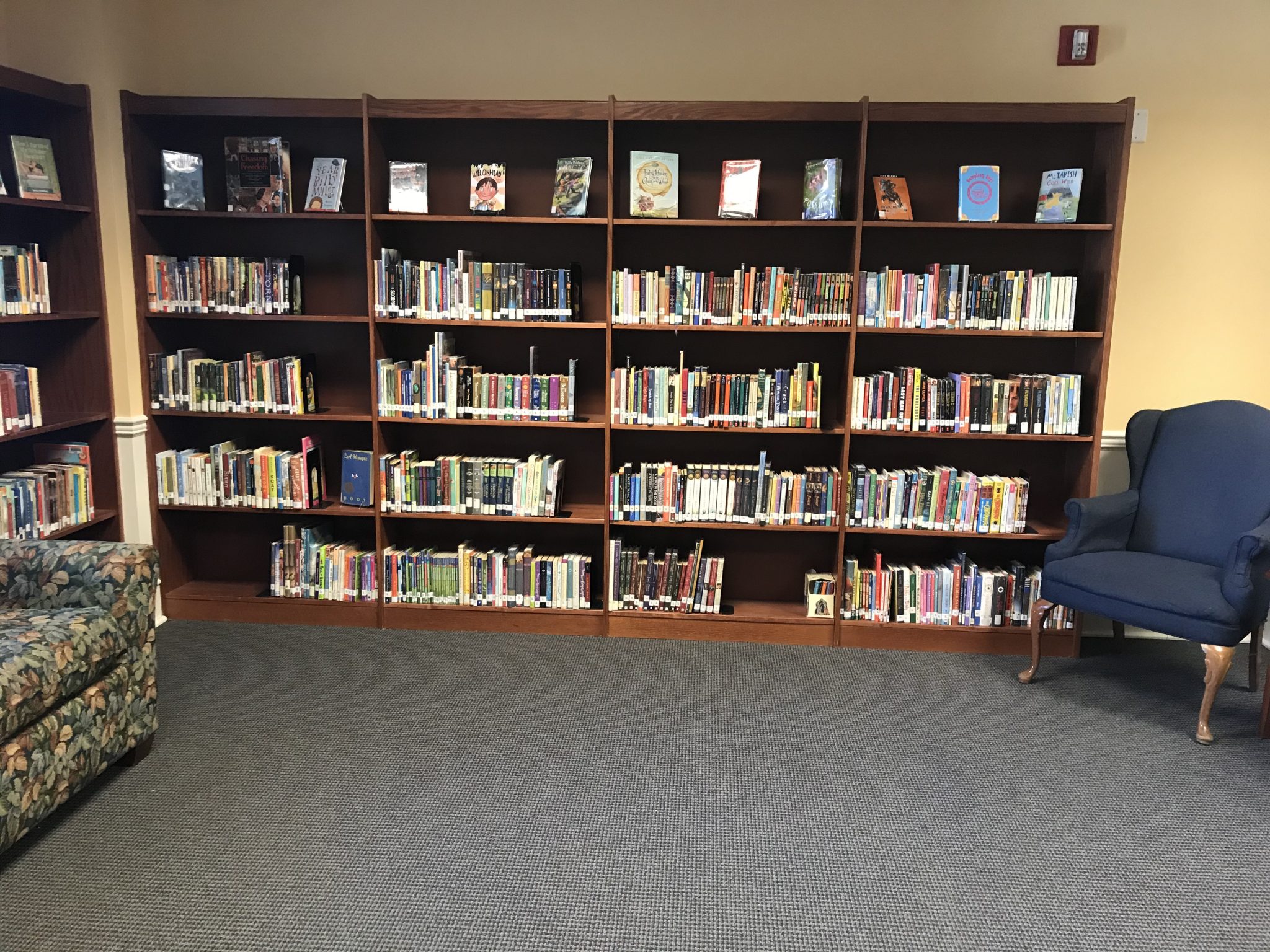 This year changed many things, the school library taking a couple of hits in the process with the retirement of a loved librarian Mrs. Commers, her storytimes, and much more. The library was closed for a while trying to figure out how to deal with the new accommodations but recently reopened to students and faculty.

“I talk to Mrs. Commers periodically and she sends her love to the school and is enjoying her time with her two young grandchildren and the rest of her family. She too, always is immersed in a book,” says part-time library helper Mrs. Batina.

The biggest change that came with the absence of Mrs. Commers was the weekly readings. She would read to the students for half an hour and had a “set curriculum” of books each year. No one has taken up the job so the students just browse and read for a bit instead.

Fifth-grader Vivienne Martini described, “It really is upsetting that we don’t have Mrs. Commers to read to us especially because it would have been my last year because we don’t get this in middle school.”

With the beloved Mrs. Commers gone, there is no official new librarian taking her place for Covid reasons. Instead, there are a couple of part-time people helping out, 2 part-time staff workers and a volunteer.

They both have a love for books, Mrs. Cadwallader even having a degree in Library Science and working previously as a professional librarian. She worked here to be involved in the Providence community and liked the idea of being in a library again although this will be her last year as her daughter is now a senior.

Mrs. Batina, on the other hand, served as a President of the Board of a suburban Chicago library and is a board member of the Friends of the Wayzata Library. She has also been a volunteer and staff assistant in the Upper and Lower School Libraries throughout the years.

The staff workers have already taken steps to keep the library running as normal. For example, the library is still open to small groups of students wishing to check out books and to help teachers laminate, keep late fee records, and help find materials for classroom subjects and products.

Mrs. Cadwallader notes, “The changes in the Library this year have been significant due to the Covid environment, but we are striving to return to normalcy as much as possible.”

Everyone is very thankful that with so many changes going on in everyone’s daily routines they can still go up to the library and grab a book to enjoy.