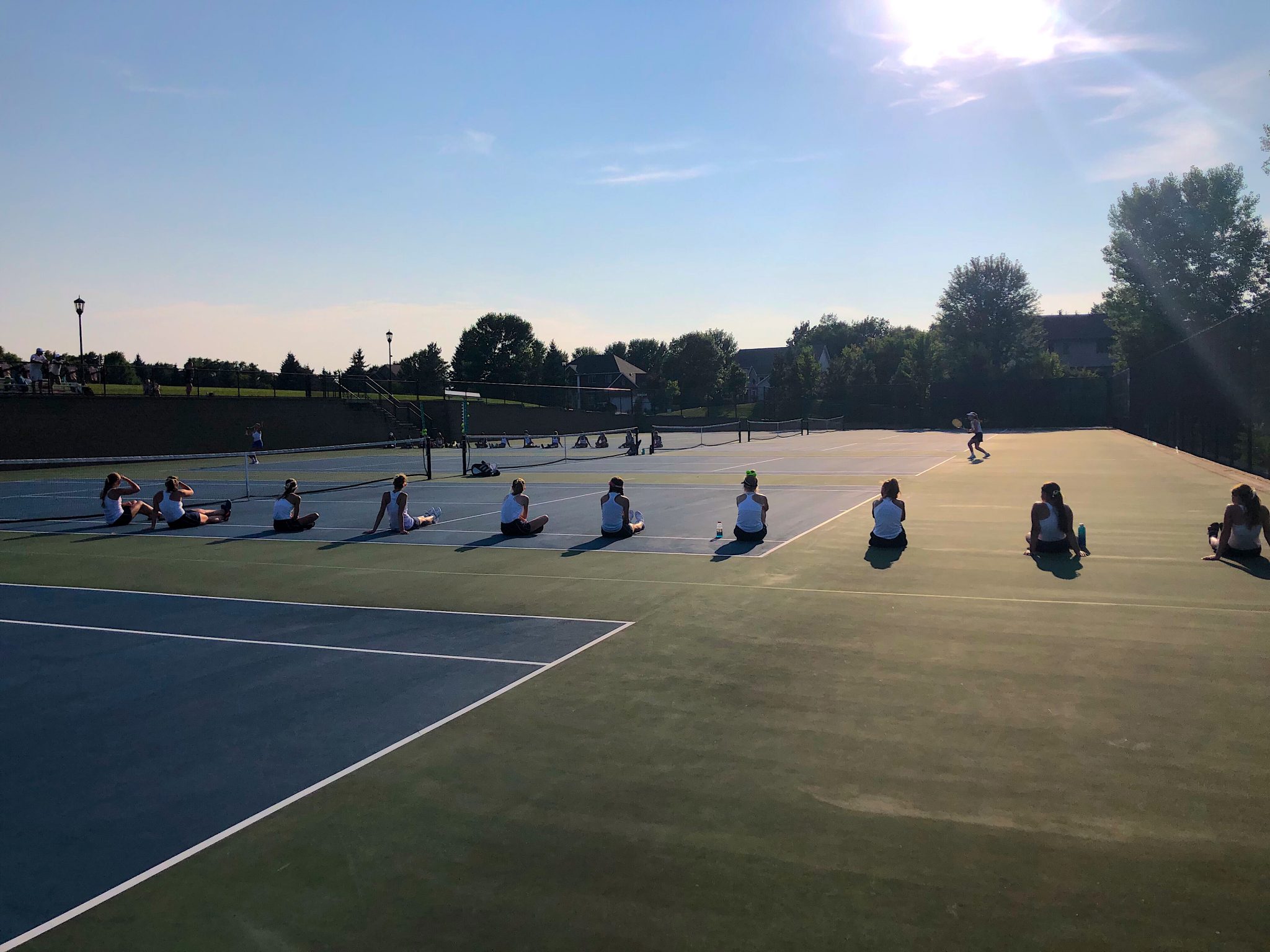 The tennis girls started off the year strong, even though they were unsure of how the ongoing pandemic would affect their season. No worries though, they had one of the best seasons yet! With fall sports coming to an end, sections had come up too soon.

It was decided that this year, instead of a single-elimination for both teams and individuals, the players would get double elimination but it was team only. They were upset but happy that there were even sections at all.

Captain Annika Harberts-Ott, graduating class of 2024, said, “It’s disappointing that individuals are canceled because we all worked so hard but I’m excited about the team aspect.”

The players were scheduled to play SPA for their first match on Tuesday, October 7th. Throughout the years, St. Paul Academy has been a tough opponent, the matches slightly out of their reach. The team played them for sections last year as well as throughout the season and it has become one of their main goals to beat them.

The match against SPA was close but in the end, the opposition succeeded. The team was positive about it, planning to work harder in the offseason to try and win next year.

This year, tennis suddenly decided to co-op with other schools, the only co-op member, Lisey Langhus ’24 is so excited to be able to play tennis as there are not enough people for a team at her school.

Langhus says, “The best part was how even though we weren’t all winning, everyone was still cheering each other on.”

Unfortunately, the consolation match for the girls was canceled the day of, so unknowingly, that St. Paul Academy match was their last one, but there were still some practices and the banquet.

The banquet took place in Gym C on Tuesday, October 27th. Everyone was excited to be together as a team again, especially with Langhus and the coaches, who had never seen see the yellow halls.

The team dinner and awards were bittersweet, already starting the countdown of 8 months and 14 days until the next season.

Coach Alissa Wilkins said, “I am so thankful for everyone and will miss you guys. Make sure to keep in touch because it’s going to be all of us together next year too!”

Because the team has no seniors and all the spots are filled including exhibition, the team will stay the same this year and next year, which is great because the bonds between members can only grow stronger.

“My favorite part of the season was seeing all the new people on the team slowly grow and open up until we were one big family, especially because we have no seniors,” says Captain Olivia Eck, class of 2022

Langhus gave a special announcement Tuesday night, “I am so lucky that the team was all so welcoming and I was able to fit right in even though I don’t go to the same school.”

Usually, everyone on the team had very mixed opinions but the one thing they all could agree on was how nice it was to still be able to play especially because of the circumstances.

Eck agreed and remarked, “I would have been devastated if our season would have been canceled and the coaches did a great job of making everything normal and just as fun as last season!”