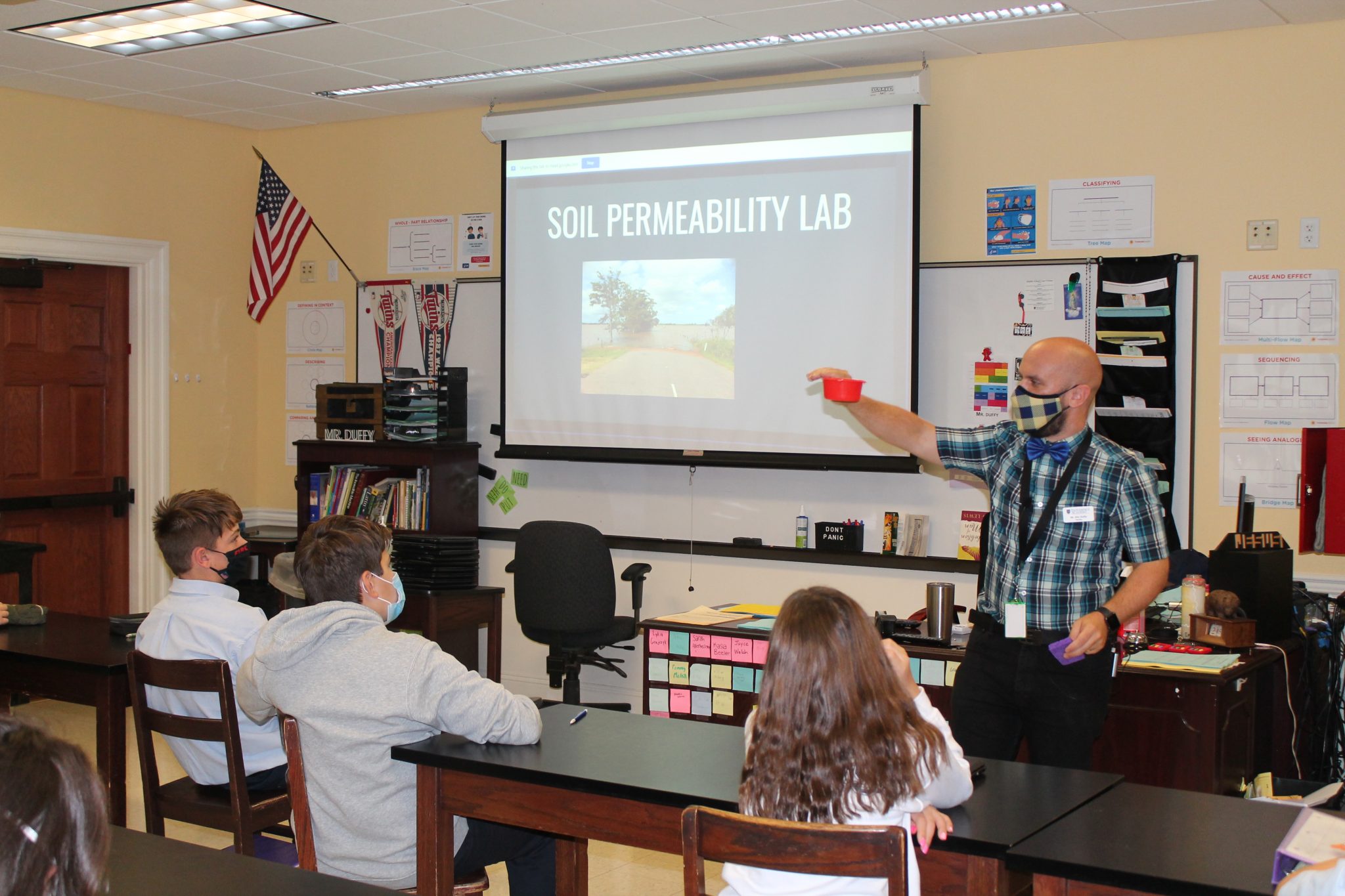 Named for God’s Divine Providence, religion is a key component of education at Providence Academy.  Students attend mass every week, and engage a rigorous theology curriculum.  When looking to hire a new Middle School science teacher, perhaps it was Providence that brought former youth minister Mr. Eric Duffy to Plymouth.

Duffy wanted to be a teacher from an early age.  After finding his faith in high school, he served in Youth Ministry for nine years, spending most of his time at the Church of the Epiphany in Coon Rapids.  After nearly a decade of leading retreats and doing other chores, Duffy desired to grow closer to his family, so he pursued his masters in teaching and received his first job teaching science at an elementary school in Osseo.

But his first year in teaching wasn’t all sunshine and rainbows.  “There was no end goal, other than test scores,” Duffy explained, “I found myself missing the church environment I had worked in for close to a decade.”  This desire for the end goal of Heaven drew Duffy to Providence.   Manager of Annual Giving and Special Assistant to the Headmaster Josh Anderson recommended him to Providence, and he was quickly hired.

Upon first being hired, Duffy originally planned on teaching fifth grade.  However, plans changed when Middle School Director Mr. Kyle Rickbeil and Headmaster Dr. Todd Flanders noticed his experience with middle schoolers (from Youth Ministry) and experience with science (from teaching at Osseo). Duffy joked, “They put two and two together, and here I am today!”

Despite his love of science, it is the community Duffy enjoys most at Providence.  “What we’ re doing here is about God, ultimately,” Duffy commented, “Here, Heaven is the end goal.”