Play On! Following the laws while supporting a good cause!

This Month In History: Nelson Mandela is Inaugurated

By Andrew McGurl On May 22, 2020 In Current Highlights, News

Why do societies exist? To serve its citizens? To make the world a better place? All great questions, but it’s hard to reach a true consensus. Most can certainly agree, though, that a society should not exist to victimize its own people. Unfortunately for most of the 20th century, in South Africa, society did just that. For decades, Black South Africans, who made up nearly 90% of the population, were subjected to a vicious system of racial segregation referred to as Apartheid, enacted by the White Dutch Afrikaans minority. Due to this, the Afrikaners enjoyed standards of living similar to that of the Western World, while the Black South Africans suffered in squalor. 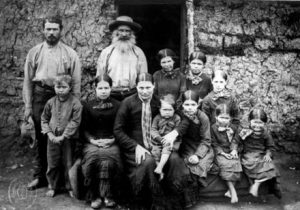 An Afrikaner, or Boer, family in South Africa in the 1880s

Fortunately, this system was destined to be dismantled. The man who would enact this sweeping reordering of society was Nelson Mandela. Mandela was born in 1918 into a royal Thembu family. Mandela’s great-grandfather was the king of the Thembu people, so he was able to enjoy a relatively fortunate upbringing. In interviews, Mandela has stated that his early life was dominated by traditional Thembu customs and African Christianity.

The majority of Mandela’s youth was spent at various Methodist institutions of learning. Throughout his years of schooling, he’d develop a deep love for African history, especially native cultures, theology, politics, and become increasingly interested in anti-imperialist movements.

In the years following Mandela’s time in college, he’d become significantly more involved with anti-imperialist and African Nationalist movements, as well as the writings of Karl Marx, Mao Zedong, and other Marxist minds. In 1948, when the National Party, the party that would enact apartheid, Mandela began to fully throw himself into activist action. He, along with his fellow African National Congress (ANC) party members, advocated for campaigns of boycotting or striking to attempt to take a stand against the National Party. 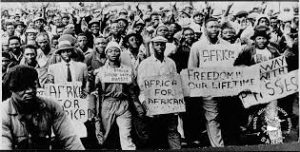 ANC supporters protesting in the 1950s.

From 1948 until 1960, Mandela would climb through the ranks of the ANC, eventually landing on its National Executive, a board of top policy-makers. He and the ANC advocated for the same methods of economic disruption to enact change, but were growing increasingly frustrated with the rate of progress. In 1960, they formed “the Spear of the Nation”, the ANC’s military arm. Inspired by the recent success of Fidel Castro in Cuba, the ANC began conducting guerrilla attacks on Afrikaner interests throughout the nation. Interestingly enough, most of the Spear of the Nation’s early members were white communists who were able to use their 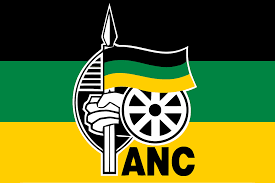 The party flag of the ANC.

complexion to conceal their intentions and ideas.

In 1962, the CIA revealed Mandela’s location to the National Party leadership, and Mandela was subsequently arrested, along with many other revolutionary leaders. The trial was a farce, and all men were convicted and sentenced to life imprisonment on a remote island where they were treated like animals, refused visits, forced into solitary confinement, regularly physically and mentally abused, and suffered other unthinkable violence. Despite the court’s decision, the United Nations and many other international governmental organizations called for Mandela’s immediate release and condemned Apartheid. 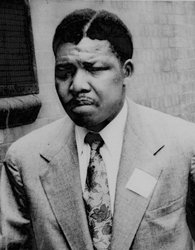 Mandela at his sentencing in 1962.

Outside of prison, South African Society was breaking down. The now-illegal ANC conducted hundreds of attacks a year on National Party interests. Banks and businesses were failing. Almost everything that could go wrong was going wrong. Many powerful South Africans, both white and black, began calling for Mandela’s release in an attempt to quell the unrest. In 1985, South Africa’s Afrikaner president Botha offered Mandela a release deal that stipulated he would never advocate for political violence again. Mandela refused, stating that “only free men may enter into contracts”.

Soon after, Botha would suffer a stroke, and weeks later, F.W. De Klerk would take over the South African presidency. De Klerk felt that Apartheid was unsustainable and in 1989, invited Mandela to a meeting, one that both considered “friendly”. Following this meeting, and increased public outcry for his release, evidenced by enormous concerts in his honor at Wembley Stadium, among many other events, Mandela was released from prison in 1990. After 27 long, painful years, he, as well as his fellow ANC members were finally free.

This would mark the beginning of a long battle to end Apartheid. From Mandela’s release until 1994, political violence would continue, with many examples of massacres marring South Africa’s history books. In 1994, though, with no end to the strife in sight, Mandela’s ANC and De Klerk agreed on a U.S. style constitution and free general elections, among many other things. In this election, the ANC won 63% of the vote, most of the other votes going to various other Black Nationalist parties.

Following the election, Mandela would be inaugurated as President on May 10, 1994. Over a billion people worldwide tuned in to watch the ceremony. From his inauguration until his death, Mandela remained dedicated to “national reconciliation”, or trying to find a way for South Africans to forgive each other for the horrors of the last hundred years. This task was monumentally difficult, though, as evidenced by the extreme racial tensions that continue to exist in the nation today.

Nelson Mandela occupies a unique role in history. Moreso than many revolutionaries, Mandela knew what it was to suffer. He was able to rise above his past, learn from it, and topple one of the most repressive regimes of the late 1900s. At the end of the day, Mandela’s impact on history, revolutionary ideologies, and African politics is second to none. 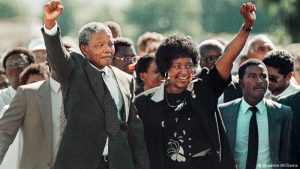 Mandela and his since-estranged wife Bonnie, at his release from prison.