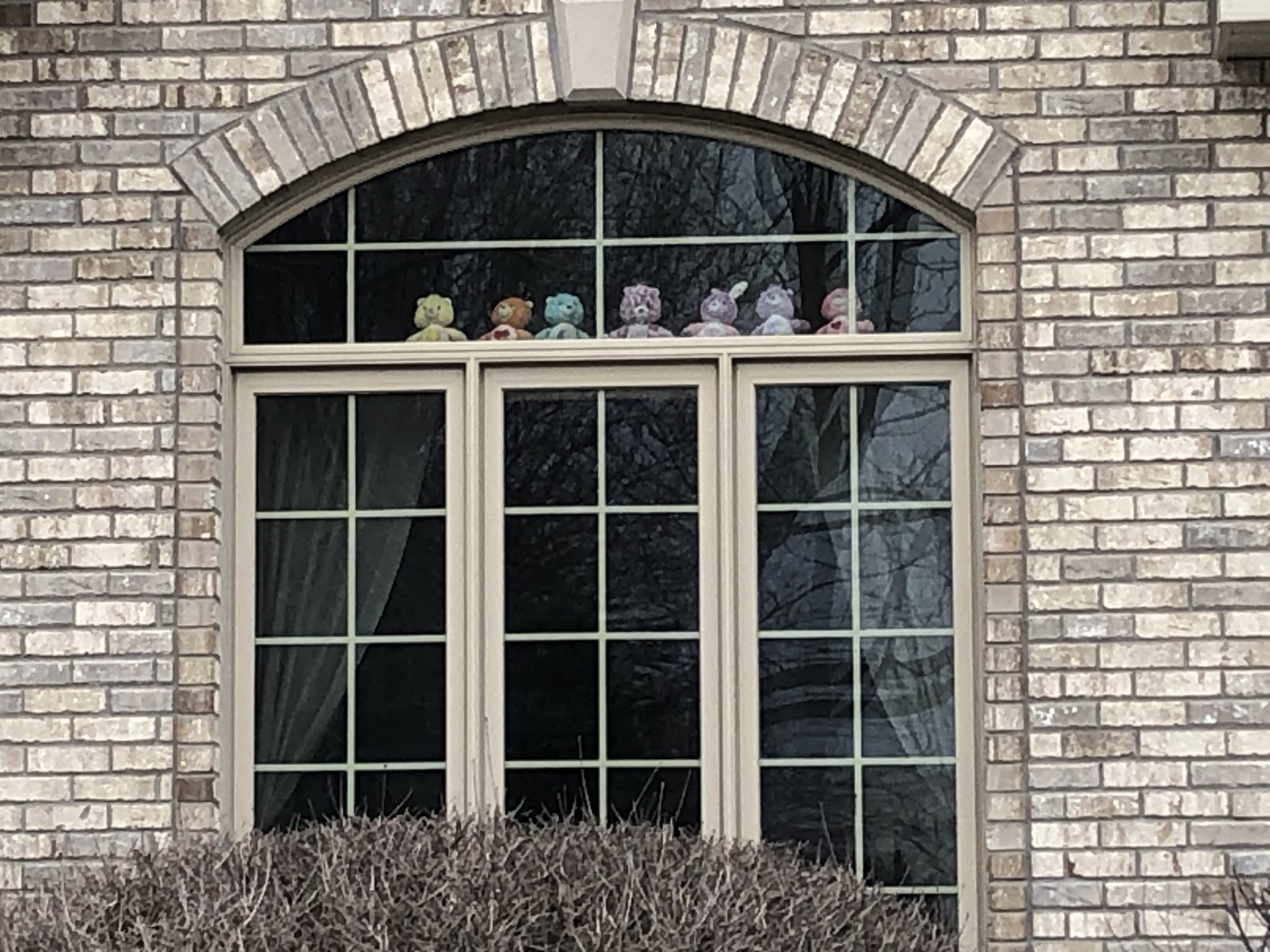 From loons to walleye, elk to beaver, Minnesota boasts a broad range of beautiful wildlife year round. But, “Look! I see another bear”! while driving through a midwestern subdivision is not normal…until recently.

Throughout neighborhoods across the United States, drivers are remarking, “Wow, we have seen a lot of bears today”!  But these bears are not the kind you might be thinking of. Rather than rough, scary, and wild, they are soft, cuddly, tame and, in the living room window? Inspired by the popular children’s book (and later song) by Micheal Rosen Going on a Bear Hunt, there is a nationwide bear hunt keeping cabin fever at bay for young “hunters”.

When so many outlets for energy and socializing are closed or restricted, people have been putting bears in their windows to give kids something to do on a walk or bike ride with their parents during this uncertain time. It brings kids joy to be able to count how many bears they can see from the sidewalks of their neighborhood and beyond.

Wells Martin, a first-grader at PA, saw that his neighbors donned their windows with some furry friends so he decided to show his support for his neighborhood friends by putting up a few of his own. “I chose to put my bears in the window because it makes people happy when they walk by,” mentioned Martin.

“It’s such a simple way to make others smile. The fact that it can lead to additional creativity, exercise, and family time is a bonus,” glowed Mrs. Melissa Simmons, Providence Academy drama teacher.  Simmons enjoyed using chalk to participate in the neighborhood bear hunt because her cats would not let a bear sit in “their” window.

The bears hunt coincides with another similar movement; people like Mr. Josh Anderson, manager of annual giving at Providence, are also putting hearts on windows to show support for health care workers. Anderson’s family, especially his young children, have enjoyed participating in this fun activity. They have decked their house out in hearts and have even put a cross in their window to show there is light amidst these trying times.

“When kids cannot play at parks, going for a walk can seem pointless to little ones. Search for hearts in windows? Boom! They like it again,” commented Anderson.

This time in quarantine has allowed the community to come together in new ways. A beloved children’s book has come to life, and citizens are able to show support to health care workers both while providing something for kids to do while continuing to practice social distancing.

We are #allinthistogether and look forward to better days ahead. In the meantime, we can look for bears and hearts, and whatever people come up with next to keep life interesting.

One Reply to “Bearing up for Better Days Ahead”