The Meaning and History Behind Holy Week

By Elle Wiederholt On April 15, 2020 In Current Highlights, News

“Holy Week is a privileged time when we are called to draw near to Jesus:

friendship with Him is shown in times of difficulty” – Pope Francis

The week preceding Easter, starting on Palm Sunday and ending on Holy Saturday, is known as Holy Week. During Holy Week, Christians honor Jesus’ actions leading up to His crucifixion by following distinct traditional rituals. How have the traditions of Holy Week come to be?

Palm Sunday honors the jubilant arrival of Jesus in Jerusalem. By the 5th century A.D. and throughout Medieval times, elaborate ceremonies, including processions from church to church, took place representing Jesus’ journey into Jerusalem. Although the ceremonies have been simplified, many churches still have processions. Palm branches are also distributed to the congregation before Mass, representing the palms placed upon Jesus’ path by the people of Jerusalem as a sign of respect. 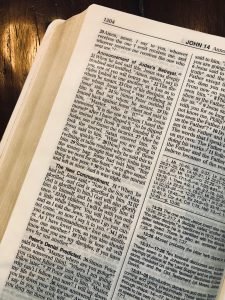 On the evening of the Last Supper (Holy Thursday), Jesus gives us his New Commandment.

Christians also use the Mass of the Lord’s Supper on Holy Thursday to remember the Last Supper of Jesus and his disciples. During this Mass, a foot-washing ceremony represents the washing of the disciples’ feet by Jesus. When this custom began, only men’s feet were washed and typically only twelve, to represent the twelve Apostles. Over time, women were included, and the foot washing ceremonies continue to become more diverse. For example, Pope Francis has washed the feet of refugees, migrants, youth, and prisoners.

The traditions of Good Friday memorialize the suffering and crucifixion of Jesus. By the 15th century many pilgrimages were made to Jerusalem in order to retrace Jesus’ path to Calvary. Over time, this practice began to be exercised in churches, where paintings or statues represent the 14 Stations of the Cross.

Good Friday is also commemorated as a day of fasting to emphasize the suffering of Christ. Although the Liturgy can be practiced on Good Friday, church bells aren’t rung, altars remain empty, and any communion served must be from hosts consecrated the day before. 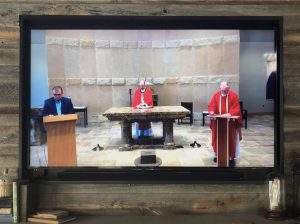 Many Catholics celebrated Holy Week this year by watching Masses on television.

Holy Saturday is the final day of Holy Week. On this day the Easter Vigil takes place representing the vigil Jesus’ followers held for him outside of the tomb. This ceremony focuses on the conversion of darkness into light.  During the Vigil, we bless and light the Paschal candle representing Jesus as the Light of the world. Although in the fourth century the Easter Vigil began to be celebrated in the morning, in 1956 the liturgies were reformed and the celebration moved back to late afternoon.

As Maria Counts ‘22 stated, “Holy Week is important because it grounds you and is the final preparation for Jesus’ Passion. It is a stopping point at the end of Lent to prepare yourself for what’s coming”.