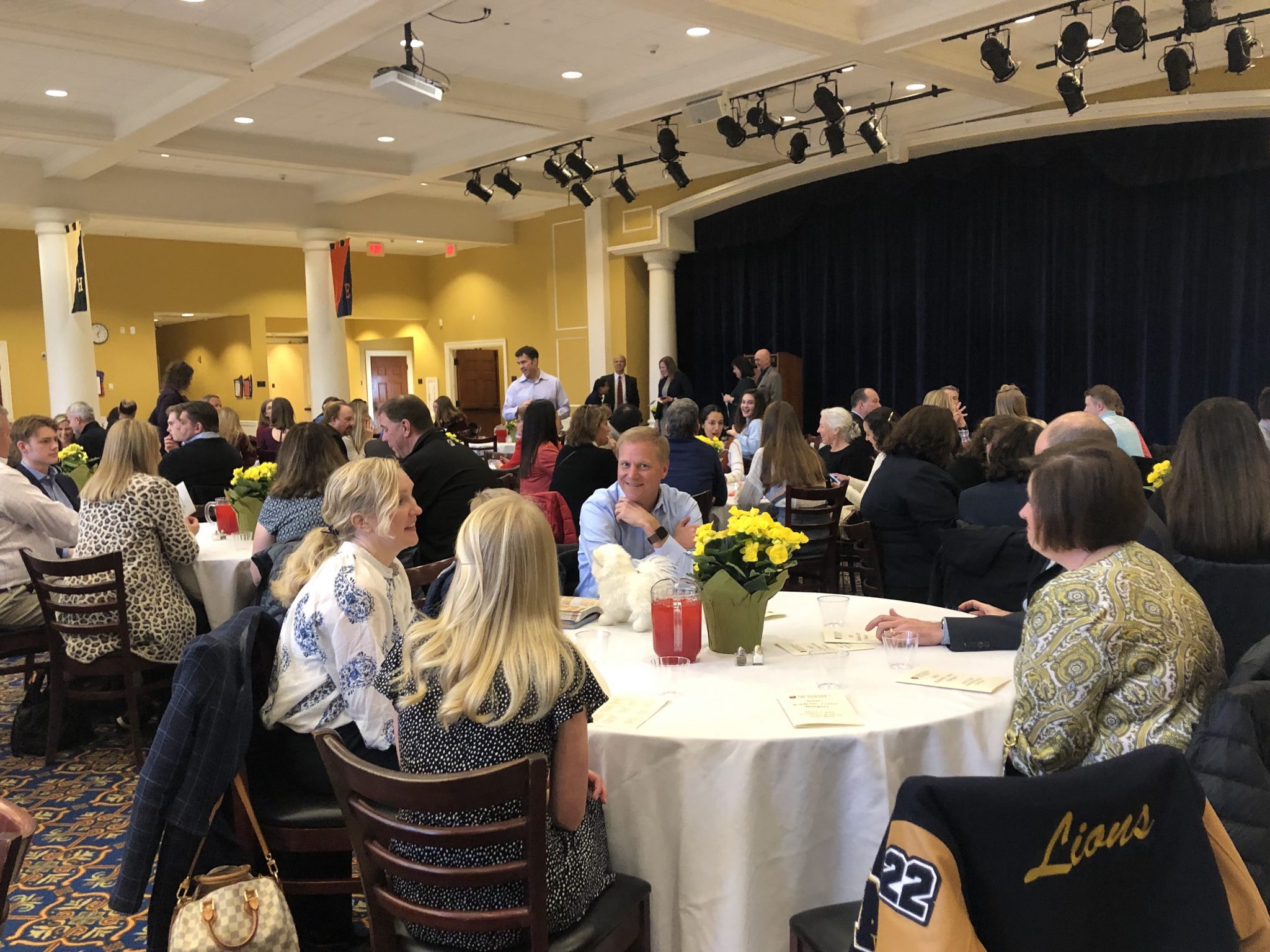 “Boys’ hockey won a close game against Delano!” “Girls basketball has advanced to state!”  Words like these are often announced on the loudspeaker at the beginning of each day. But just because sports victories are widely celebrated, doesn’t mean only athletes are winning big events.  This past Monday, students grades ten through twelve gathered in the Great Room to celebrate something different: academic success. By enjoying a formal dinner and accepting an academic letter to adorn their jackets, undergraduates enjoyed recognition for making the Headmaster’s List — which requires a GPA of 3.67 or above — for a number of semesters.

Mrs. Harrington, Upper School Director and hostess of the banquet, commented, “It is important to recognize the work students are quietly doing, because their work isn’t just one season long, but lasts the entire year”.  And in some cases, it lasts years.

Students receiving their first letter in academics earned a spot on the Headmaster’s List for three total semesters, second-timers earned their second letter after five cumulative semesters, and seniors mounted the stage to receive their letter after keeping their GPA above the 3.67 threshold for 7 semesters: all their semesters to date in high school.

As many students discovered, maintaining a high GPA for that long is no easy feat.  Third-time recipient Betsy Schoenwetter ‘20 shared, “Having lettered in sports, fine arts, and academics, I’m most proud of my academic letter.  I’m glad Providence does something special to recognize all those times I woke up at 5am to study”.

But despite the academic rigor, more students acquired a letter this year than any year before.  The number of seniors lettering a third time amounted to twenty-four, and Mrs. Harrington remarked, “It’s the biggest group I’ve ever seen!”

The immense showing wasn’t limited to seniors.  This year also brought a record number of sophomores accepting an award.  With twenty-one students making the grade, excitement ran high in the sophomore class.

First-time-recipient Olivia Eck ‘22 enthused that though she didn’t strive for success to gain a letter, “I knew that it was awarded and am honored that I have received it!”

But while talking about grades and GPA’s, it is important to understand that academics aren’t only about getting good marks.

Mrs. Harrington pin-pointed this in her speech to recipients, “This isn’t an award for memorizing the most science formulas or writing the longest report on The Tempest.  This is an award that recognizes you are engaged in problem solving, you are practicing virtues such as prudence, and you are committed to tackling challenges, knowing you will see a difference for your hard work in the long run”.