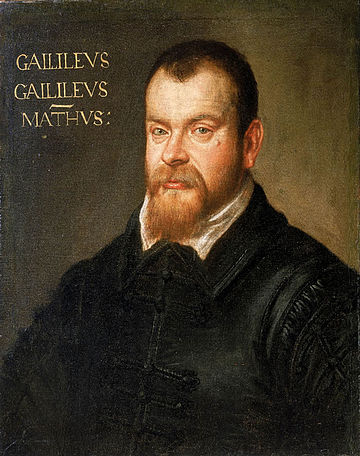 What is the cost of progress? What are the veracious willing to give up in order to speak the truth? For Galileo Galilei, the answer was his freedom – the very thing that enabled him to unlock secrets of our solar system.

Galileo was born on a frosty February night in 1564 to an accomplished composer and music theorist. From an early age, Galileo had a keen interest in music and achieved significant renown as a musician before entering his 20’s. In addition to his musical gifts, Galileo inherited a deep distrust for authority and a desire to think for himself. This was due, in part, to the controversial experimentation that his father, Vincenzo Galilei, employed to aid in investigations of the properties of sound.

After completing his education at the prestigious Vallombrosa Abbey, Galileo began studying medicine at the University of Pisa. One day, while in class, Galileo noticed a swinging chandelier. He paused and observed that the chandelier took the same amount of time to swing back and forth, no matter the distance it had to travel.

Following this observation, Galileo threw himself into the pursuit of scientific knowledge. He built a primitive thermometer, published many books, set the groundwork for later scientists to create clocks, and obtained many teaching posts at renowned institutions.

In 1592, Vincenzo Galilei died, heavily impacting Galileo. His whole life, Galileo had admired his father and sought to impress him. Following Vincenzo’s death, Galileo would become even more dedicated to the natural sciences. Soon, Galileo would develop a theory on how ocean tides are created. This theory was wholly incorrect, but extremely important. The theory rested on the fact that the earth is in constant movement on both its axis and around the sun. Galileo surmised that as the earth rotated, water would “slosh” around and create the tides.

Up to this point, and well after it, the idea of factual heliocentrism was considered heretical. Following the publishing of many discourses and books discussing the heliocentric model, the Catholic Church submitted many of his writings to the Roman Inquisition. The Roman Inquisition existed to evaluate and judge books, discourses, and individuals deemed to be heretical. In the Church’s eyes, heliocentrism violated certain scriptural passages, such as Chronicles 16:30 which states that “…the Earth can’t be moved”. It wouldn’t be until 1822 that the Church removed its ban on books teaching the heliocentric model as fact.

Galileo’s writings were evaluated by the Inquisition in 1619 and wholeheartedly condemned. In February, their verdict was final. Galileo was called for and brought in front of the Inquisition. He was ordered to immediately halt all research, writing, discussion, and thought pertaining to the veracity of heliocentrism. He was still allowed to discuss heliocentrism, as long as he discussed it in terms of its faults and then advocated for the geocentric model.

Galileo obeyed, for the next decade at least. In 1632, he would publish Dialogue Concerning the Two Chief World Systems, a dialogue between an aristotelian geocentrist named Simplicio, a colloquial Italian term for an idiot. This piece would have angered the Inquisition if this was where Galileo stopped. Defiantly, Galileo had Simplicio restate many of Pope Urban VIII’s criticisms of heliocentrism. This absolutely enraged the Church who demanded Galileo appear before the Inquisition.

The Inquisition’s official sentence was tripartite. They ruled that Galileo was “vehemently suspect of heresy”. They ruled that he’d be sentenced to formal imprisonment for life, though this was later commuted to house imprisonment. Their final ruling was that Galileo may never publish another book, on any subject. In a final moment of rebellion, after being forced to recant his views on the Earth’s movement, he uttered the phrase “E pur si muove”, Italian for “And yet it moves”.

Galileo Galilei would spend the rest of his life under house arrest, working diligently on what Albert Einstein called his crowning achievement, a book called Two New Sciences in which he essentially created the scientific fields of Kinematics and Material Mechanics.

By all standards, Galileo was a polymath. His contributions to the science of his day and that of ours are almost unparalleled. He invented a telescope capable of conducting astronomical observations, discovered some of Jupiter’s moons, noted the phases of Venus, discovered Neptune, and that’s just a shortlist of his Astronomical contributions. Besides this he contributed greatly to the fields of Physics, Classical Mechanics, and Mathematics.