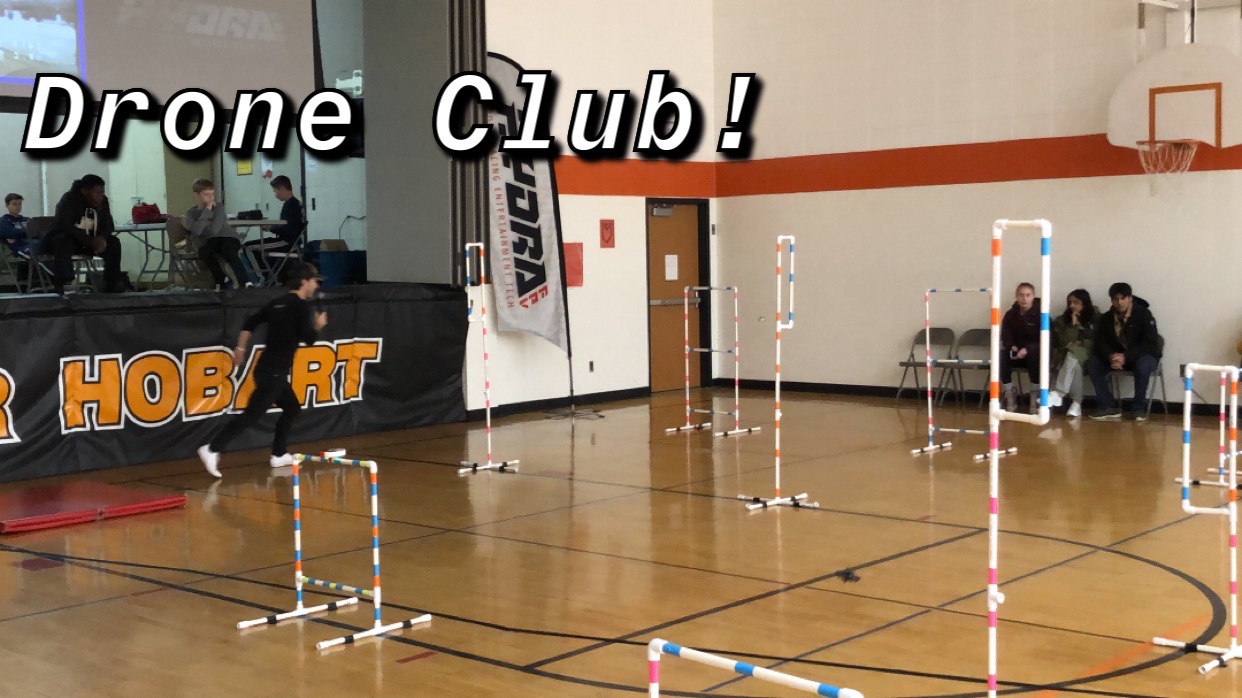 The latest technology is the latest addition to the variety of clubs at Providence Academy. Drones are not only new to the everyday person, but also to the students and teachers at PA. Mrs. Sheehan and Mr. Hickel co-supervise the Drone Club, a program run by the company Hydra FPV a self-proclaimed “drone sports entertainment technology”.

The idea is certainly catching on, quickly drawing student participation. From humble beginnings, starting with a two school initiative last year, the program now boasts 18 schools.  The club includes building a personal racing drone and flying it at various

During lunch one day, Hydra FPV paid PA a visit and showed off their incredible drone flying skills to attract middle and high school students to join. They were beyond successful, particularly with the middle school. The 20 spots available filled up quickly. Hickel admitted to having to turn away students, but promised growth for the program for next year. With such a new program, there is an incredible opportunity to grow. The club had their first official competition on January 25, having built their drones only days before.

Hickel supervised and assisted students in building their drones then cheered them on at their first race. Hickel noted, “[It was] fun to see how the matches run so now the club can focus on preparing for the next match”.

The club gave everything they had at the competition, but they admitted there is still a lot to learn. Max Peckenschnieder ‘20, one of the few Upper Schoolers in the club, said he loves the club because he gets to share his experience with the middle schoolers. Peckenschnieder shares his pure excitement to dive headfirst into flying and pilot practice. He stated, “It is a different kind of fun than I am used to”.

Peckenschnieder is a D1 committed Track and Field runner, so Drone Club offers a change of pace- literally. By allowing students to explore the new and exciting world of technology through everything from assembly to flying of drones, the club offers a new outlet to athletes such as Peckenschnieder.  Here to stay and ready to grow, the Drone Club is truly flying PA into the new age of technology.