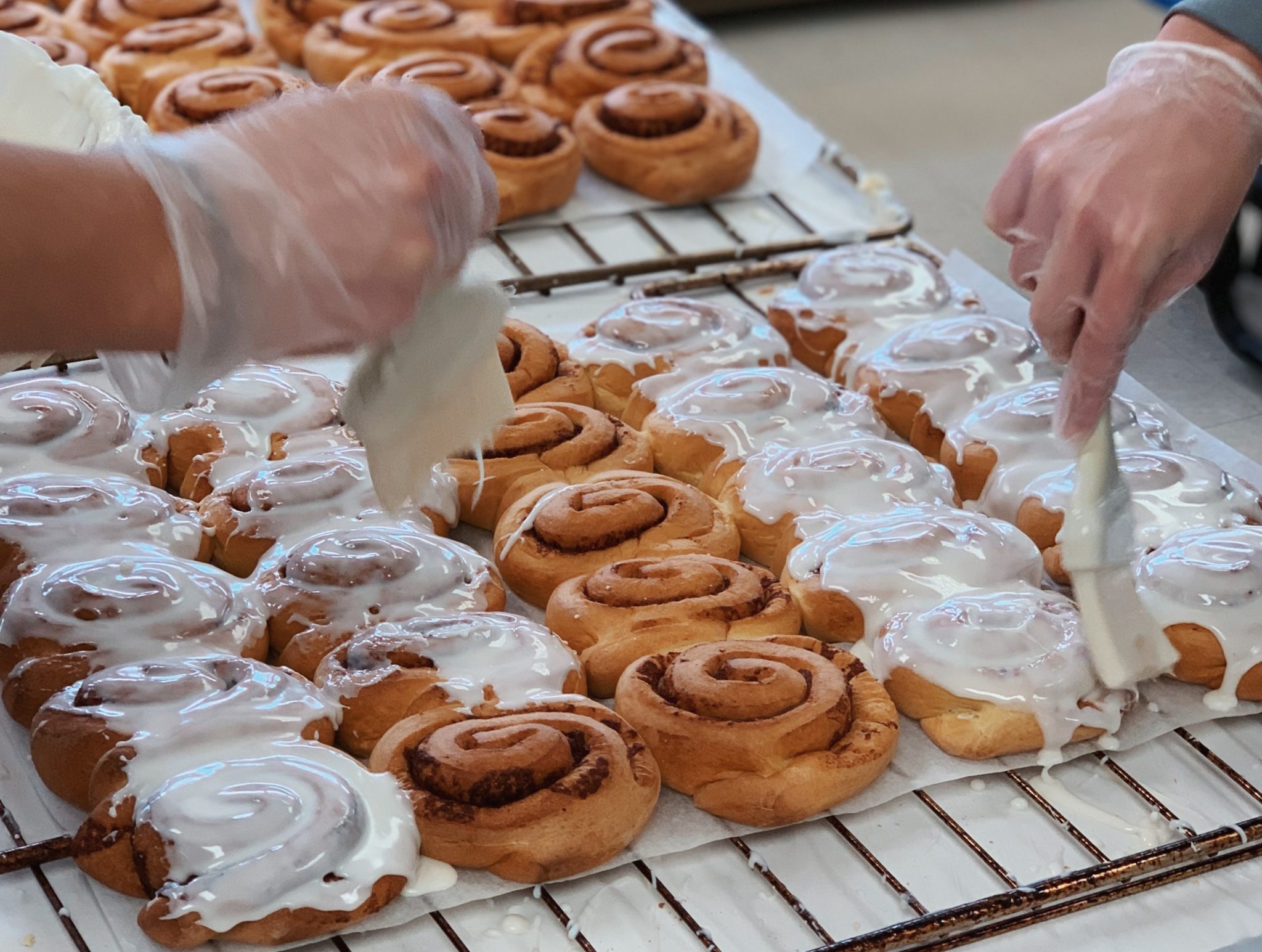 Holy Name of Jesus Catholic Church holds a fundraiser each year combining two of the sweetest things on earth: cinnamon rolls and babies. With the help of many pro-life organizations and volunteers, they assemble and sell thousands of cinnamon rolls to benefit young mothers and their babies. The founders of this event, Tom and Lee Ann Silver and Jeff Van Beusekom, started the fundraiser as a way to raise money to combat the Supreme Court decision Roe v. Wade, the decision that officially legalized abortion throughout the country.

Each year soon after the anniversary of this case, HNOJ asks for volunteers from the pro-life community in and around the Wayzata parish to help bake cinnamon rolls. One family from HNOJ shared they had been volunteering at this event for as long as they can remember. They brought along the whole family, and all of the children contributed in their own way. Their youngest daughter –a self proclaimed cinnamon roll connoisseur– got to work frosting the freshly baked rolls. Her mother explained that the frosting was her favorite part. The little girl exercised her generous nature as she gave all of her rolls extra love, and frosting. Once the rolls had been frosted they were cut and packaged to allow for easy pick up.

After a long morning of baking on Saturday January 25, Tom called together the volunteers to chat about the impact of this event. He emphasized the cause they were contributing to. He informed the group about the heartbreaking 61.7 million abortions performed legally in the U.S. since Roe v. Wade. Tom is a member of A Community Caring for Life.

ACCL works to protect the dignity of human life, “from womb to the tomb,” Tom says. The proceeds from the cinnamon rolls are distributed to six different charities that help provide services to protect unborn lives: Prolife Across America, Southwest Options for Life, Northside Lifecare Center, Prolife Action Ministries, Minnesota Citizens Concerned for Life, and Birthright of Minneapolis. Tom also discussed the political climate of the day. He urged volunteers of voting age to consider this issue when choosing their representatives. Tom and other members of the HNOJ community look to young people to protect this pro-life attitude and use their voices to enact change. What better place to start than baking a delicious breakfast!