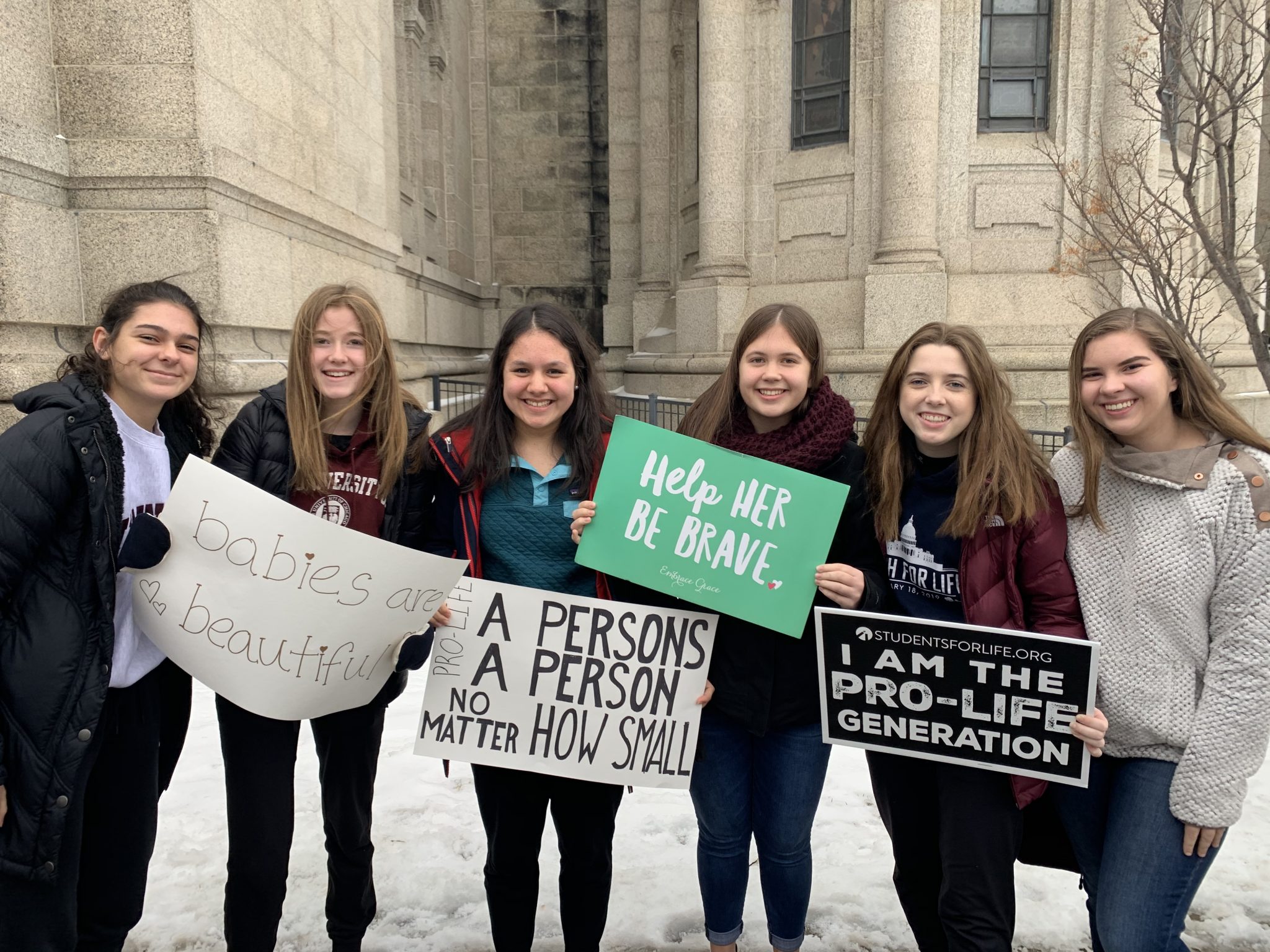 “Pro-science, pro-woman, pro-life!”, “On Mars, a single cell would be considered LIFE!”, “One third of my generation is MISSING because of ABORTION!” are just a few of the signs seen last Wednesday, January 22 on John Ireland Boulevard in St. Paul as pro-life supporters marched from the Cathedral to the Capital. 25 students from Providence Academy, led by the Lions for Life club, joined thousands of other pro-life Minnesotans in their efforts to grow the pro-life movement.

As in past years, Minnesota Citizens Concerned for Life (MCCL) organized the event in solidarity with the national March, which took place in Washington, DC the following Friday.  Supporters march on the anniversary of the U.S. Supreme Court’s 1973 Roe v. Wade and Doe v. Bolton decisions, which struck down nationwide laws protecting unborn children.  The students and others in attendance were there to promote legislation to protect life from the moment of conception until natural death.

Grace Wikenheiser ‘22, one of the PA students in attendance, said, “I feel it is important to speak up and protect those who cannot do so for themselves.”

At the March this year, congressman Pete Stauber spoke to share his hope for the prohibition of abortion, especially when the reason is solely based on a Down Syndrome diagnosis of a baby in utero. As a parent of a child with Down’s, Stauber shared how much joy his son has brought to their family. Many other Congressmen showed their support towards the crowd and thanked them for their effort towards a change in the law.

While the March is very serious, that doesn’t mean that PA students don’t have a good time while supporting the movement. Nina von Dohlen ‘22 said, “The March for Life was fun and impactful because we got to see so many other people who care so much about ending abortion.”

Kelley Rajkowski ‘20 reflected on the 2020 March for Life , “I was so amazed at the number of people that came to support such an important topic in today’s society. It was amazing to see everyone come together that truly wants a change in the laws concerning abortion.”

Mary Rillens Lee ‘22 concluded, saying, “The March is so important to me because as a Catholic I have an obligation to protect the sanctity of life, from the unborn to the elderly. I believe that life is so important and we should all have the opportunity to live. It is our responsibility to protect those who cannot protect themselves.”