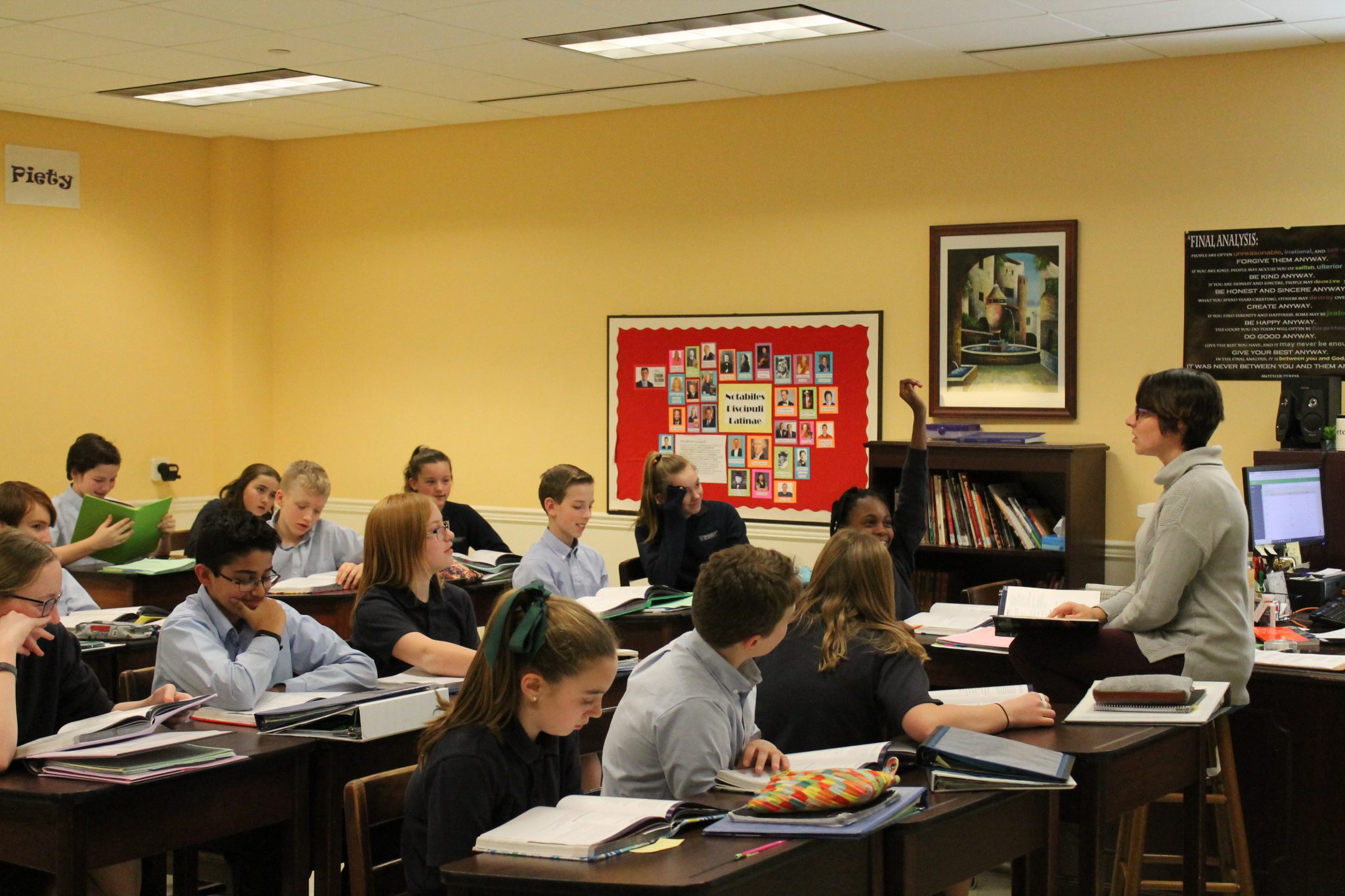 Hola, Bonjour, and Salve.  In other words, “hello” from the three languages taught at Providence Academy. In keeping with Providence’s affinity for classic literature and architecture, these two Romance languages-and Latin itself- keep Providence language students rooted in tradition from an early age and are just one more way Providence Academy is a school like no other.

Providence introduces language very early in their curriculum. Students in pre-kindergarten, kindergarten, first, and second grade will learn Spanish with Mr. Kevin Donohue. Donohue, who has taught at Providence for thirteen years, explains why introducing Spanish to lower school students early is key to their success in acquiring the language later in life.

“Children have a kind of dexterity that allows them to pick up a language more quickly than adults,” he stated. “There is no limit to how many languages a child can learn at one time.”

As children grow and develop, it gets harder and harder to learn multiple languages and keep them separate. The younger the student when they first learn the language, the more they will be able to retain as they mature.

The students then move into French with Mrs. Gail Woodbury, who has taught third, fourth, and fifth grade for nineteen years.

“The children are like sponges.” remarked Woodbury. “Their brains want to soak up as much information as humanly possible at that particular stage of their life”.

As many students who have wrestled with a second language and attest, the vocabulary and sentence structure are only part of the battle. The accent and pronunciation also pose a difficulty to non native ears.  Younger pupils, however are also more adept at picking up the accent that comes with a new language. Even though Woodbury loves to teach French and hopes they will continue it in high school, her main hope is to pass on the passion for learning that she has.

“The joy of learning is just priceless,” she said.

Once the students graduate to middle school, they will learn Latin with Mrs. Kaitlin Pfiffner, who has been at Providence for eight years teaching sixth and seventh graders.

“I absolutely adore middle school; they are some of the most fun humans on earth to teach”! Pfiffner glowed. “My hope is to make it fun for the children by playing some games and joking around a little while still communicating the material”.

Though its considered a “dead language”, Latin Lives worksheets and quizzes suggest otherwise.  Pfiffner’s students engage in activities which highlight English words with Latin derivatives as part of their regular coursework.

Once in eighth grade, they will have the opportunity to choose to continue Latin or start French or Spanish to pursue throughout their high school career. To graduate, each student is required to have at least two consecutive years of the language of their choice and must reach the third level in one language.

Language is not only to get a credit it allows students to expand their minds. “The students gain insight into other people. It really helps them understand more about the world than just the surroundings they have grown up in,” concluded Donohue.

One Reply to “Hola, Bonjour, Salve”