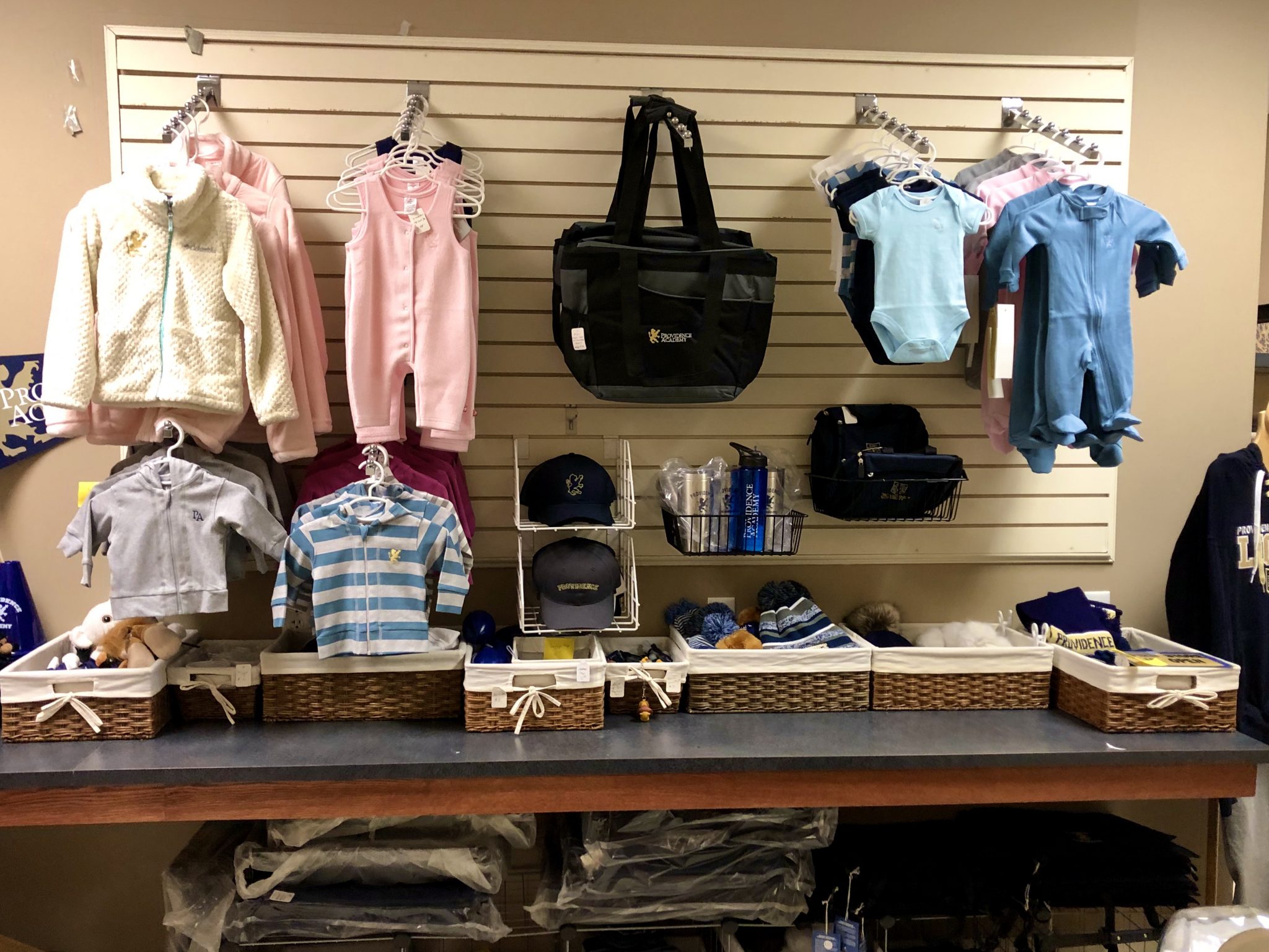 The story began this past spring, when Mrs. Costa, whose son was just graduating, stepped down from managing the store.  Mrs. Luedke and Mrs. Davis, two Providence moms, jumped at the chance to help and took over management.  “I worked at the Spirit Store a little bit last spring and enjoyed it”, Davis shared. “I thought managing would be fun to try”.

Since the summer, Luedke, Davis, and other volunteers have sold a growing number of items that include not only cute new fashions, but also dolls, Christmas ornaments, water bottles, and more.  Women’s clothing now has more color and textures than ever before, some sweatshirts even sporting hot pink.  There is a wider range of sizes, with sweatshirts going up to 2XL for women and 3XL for men. “Our goal is to keep pumping in newness”, Davis attested. “We want to spice it up a little, have a little fun”.

Fun, new items aren’t the only change.  Store hours have extended as well. While the store has traditionally been open Thursdays and Fridays after school as well as Wednesdays during the day, this year the store opened its doors for extra hours around Christmas, something that had never been done before.

“The store is very active around Christmastime,” reported Mrs. Flanigan, a Providence mom who has experience volunteering at the store. The store is also open for other special days, like Back to School nights and conferences.  “The uniform sale and Grandparents’ Day are some of our busiest times”, Flanigan continued.

The time and effort put into improving the store did not go unnoticed.  In 2019, the Spirit Store made three times as many sales as it had the previous year and has received wonderful feedback.

“It was fun to see fun new colors, a nice change from the usual navy or white”, commented Mrs. Marshall, a PA mom and frequent shopper.

The managers encourage people to keep giving feedback.  Mrs. Davis enthused, “If we know what people want, then we can try and accommodate it.  That’s why we love feedback. We love giving people what they want.”