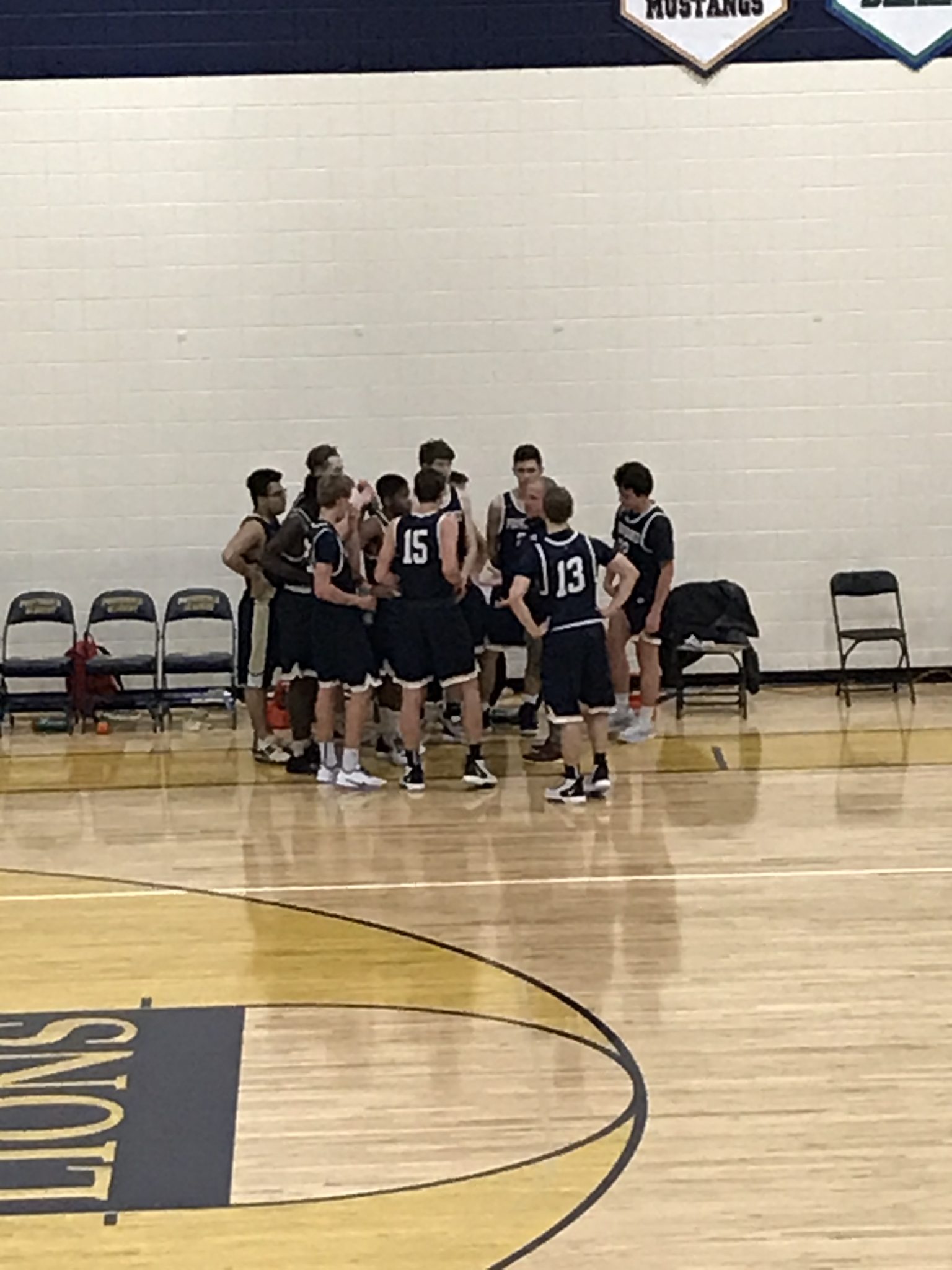 Regular attendees of Lions’ basketball games may have noticed the Lions’ bench is not as deep as it has been in years past.  After graduating 10 seniors in 2019 (five of whom were regular starters), the team has been finding its feet with a total of 25 members for the 2019-2020 season. However, this hasn’t kept them from making a splash so far this year; the Junior Varsity squad in particular has been working on finding a rhythm as a team. With only 7 members, these young men have had to work on their stamina and capitalizing on each possession.

The young team, however, still needs to improve on their on-ball and off-ball defense. Coach Miller also noted, “Despite improving our stamina, due to our lack of experience we lack discipline and commit too many fouls”.

Tuesday’s home game gave plenty of opportunity for young lions to get much-needed playing time.  The JV squad prevailed easily over Blake with a final score of 50-30, with all players contributing to the victory.

Fans like PA parent John Darwin arrived early enough to enjoy both the JV and Varsity games. Darwin commented, “I know we don’t have a big roster this year, but seeing these guys give their all is really motivating”.

There is a positive atmosphere surrounding the players and you can really feel it when you talk to them. “I couldn’t believe we blew out Blake last night,’’ said Nick Flanders ‘22.

Although Coach Miller is excited about his team, he constantly tells them not to get ahead of themselves. He noted, “These players have the potential to make Varsity next year but they need to maintain their work ethic”.

His sentiment is not lost on Flanders, who shared, “Hopefully if I keep working hard and keep playing this much I can make Varsity next year”.

Hard work really appears to be the theme for the Lions this year. The new coaching changes and practices are extreme, but many players seem to be enthusiastic about it. Dylan Perrill ‘23 stated, “We have practice at least 4 days a week and Coach Miller’s tactics demand a lot from us, but I think it pays off on the court.”

The young Lions have a bright future ahead of them, and you can come support them at their next home game, a JV/Varsity double header versus Breck starting at 5:30.