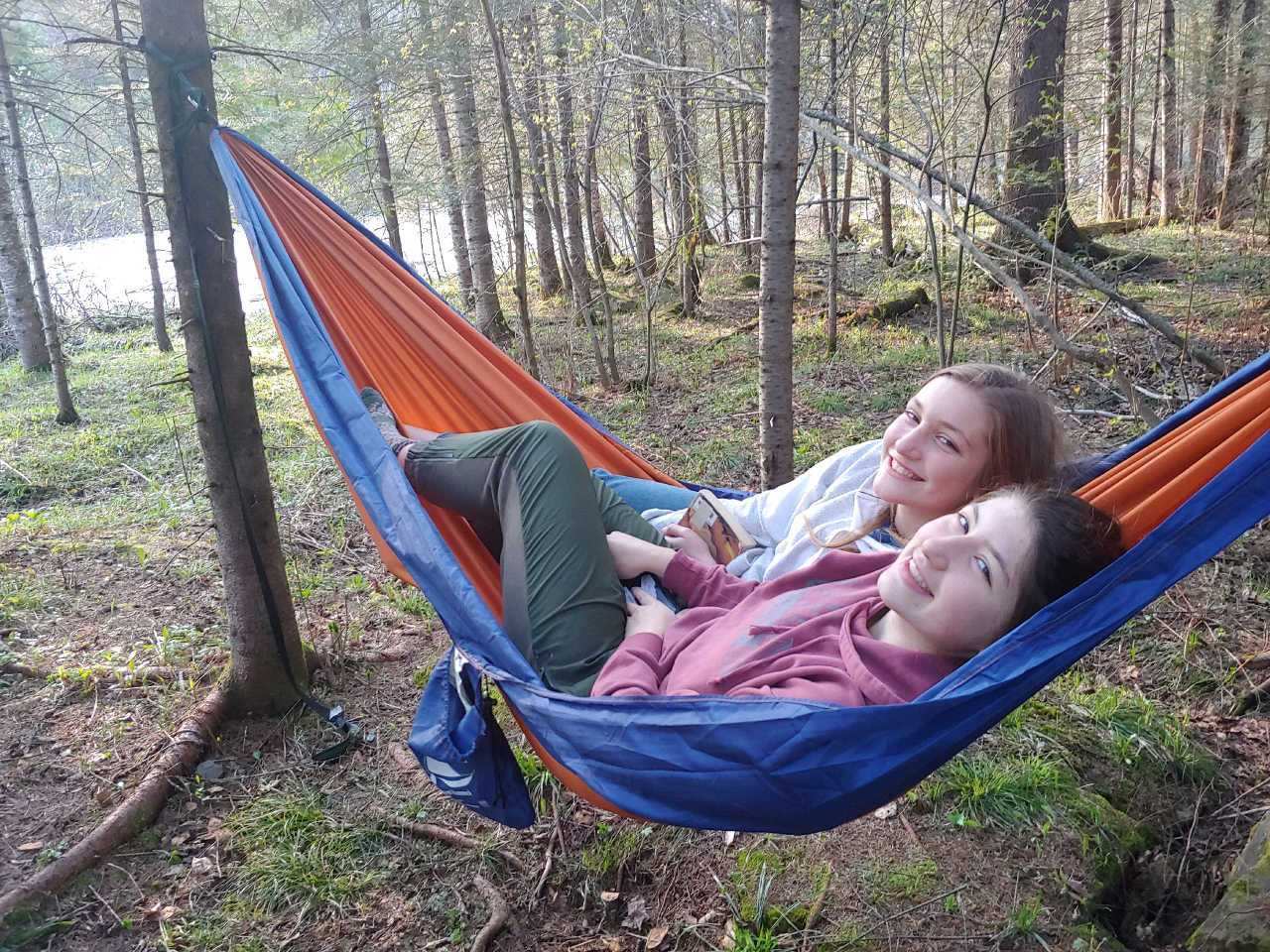 Sibling rivalry can often bring out the worst in siblings, but for sisters Maria ‘22 and Grace Counts ‘23, the rivalry between them is a chance for them to grow in their athletic abilities. Grace and Maria are great sisters, friends, and teammates on and off of the court. From academics, to basketball and volleyball – they tackle it all together, and know they always have someone to “count” on.

Maria shared, “I enjoy having Grace on the team because it makes things more competitive. I honestly think I play harder against Grace because I don’t have to worry about the social aspect that comes with sports; I don’t worry about hurting her feelings by playing agressively.”

Grace and Maria’s teamwork has helped lead to the success of PA’s basketball and volleyball teams.  As the basketball season has gotten underway, Grace and Maria are both starters and top scorers, contributing to several tallies in the “W” column for the Lady Lions.

The girls are known for being level-headed in the game and positive towards each other as well as their teammates.

Eleanor Young ‘22 commented on their success saying, “Maria and Grace are not only sisters but the best of friends. They are always laughing together, constantly working together to succeed. They always communicate well with each other so they can make what needs to happen, happen.”

Ellie Millerbernd ‘22 added, “Grace and Maria make playing basketball look seamless. They always seem to know how to help each other out on the court.”

Even with their mistakes, they make the most of them and try to learn from them.

Young continued, “Grace and Maria are constantly trying to make the best shot out of every possession, even if it isn’t perfect.”

Maria noted, “The biggest advantage to having Grace as a teammate is that she always tells me straight to my face if my game is bad and what I need to do to fix it without sugarcoating it.”

Grace added, “If Maria and I weren’t as close in age, I wouldn’t be able to play with her. After playing a season of AAU without her, I know that I prefer playing when we are teammates. Also, a little known fact is that we are actually telepathic so it would be a real waste of talent if we didn’t play together.”

PA has seen Counts siblings in action before; Clara ’16 and Anna Counts ’18 brought this competitive edge to the court a few short years ago.  Maria and Grace have been playing together for 6 years and appreciate the growth in their athletic abilities, along with their relationship as sisters during that time.

Maria said, “I have always enjoyed having my sister on the team because I know that I always have someone I can trust, and I enjoy being able to bond with her over sports.”

Even off court, the girls are important role models to the team.

Young said, “Their bond has made the team connect more on and off the court. They show us that even though we make mistakes, we must have a positive outlook and move forward.”