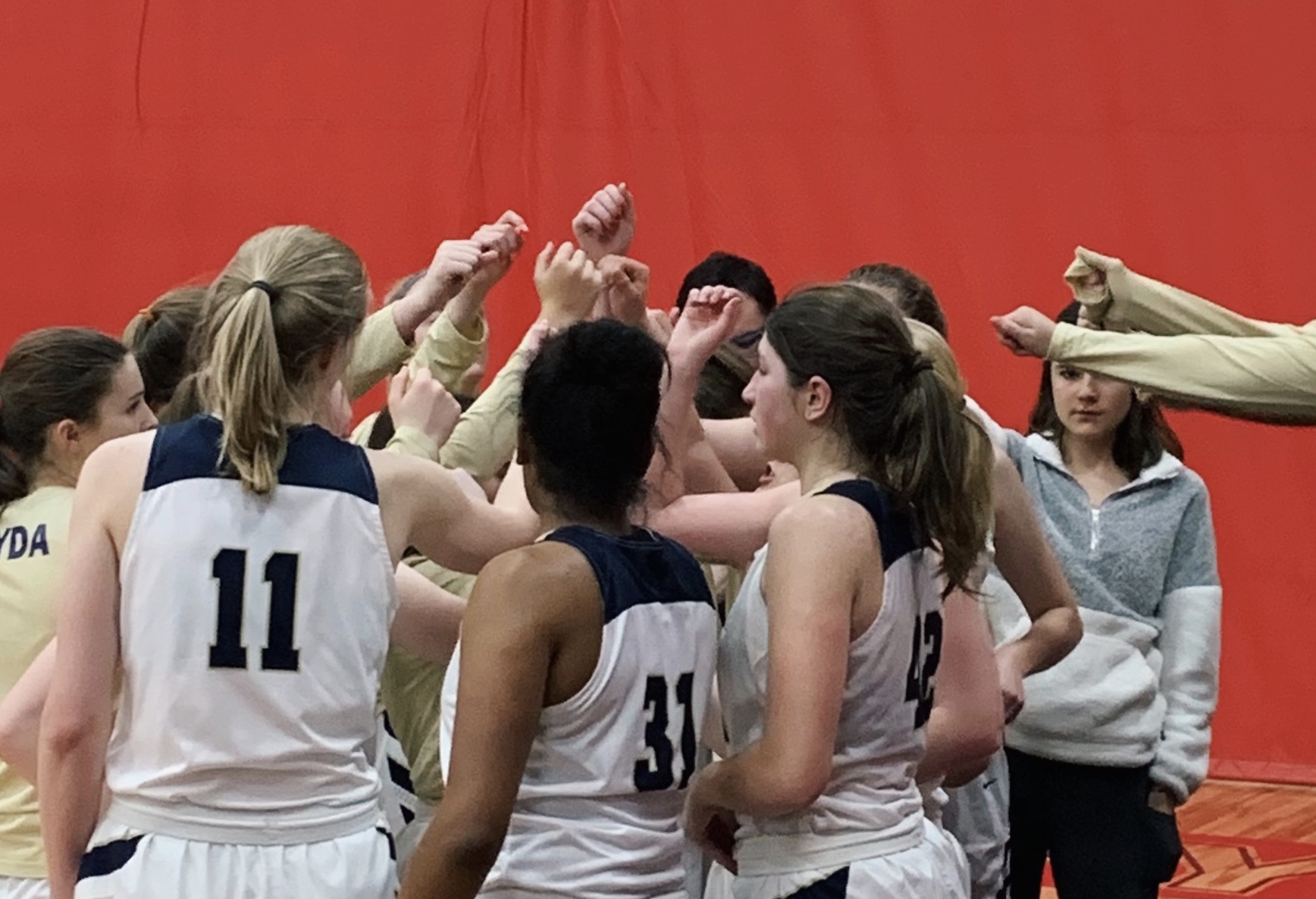 There is no substitute for hard work. The Providence Academy girls basketball team took this to heart last week as they prepared to face Minnehaha Academy. Minnehaha basketball is the biggest threat in the IMAC conference. Their boys’ team boasts two of the top recruits in the nation, and their size and skill have earned a 13th place national rank. Their girls’ team also demands respect with a season record of 10-3. For the PA girls to take on such a tough competitor, they knew they would have to put in the work.

The work began with every athlete’s enemy: conditioning. Coach Connor upped the intensity at practice so the girls would have the endurance to both start and finish the game strong. This included killers, endurance-focused ball handling drills, and strength sessions after practice with Coach Heim. The players took special care to get good sleep and eat nutrient-rich foods so their bodies could recover for the big game. Manager Helena Peppin ‘20 noted the team’s dedication leading up to this particular game, “This is the most I have seen this team rally together. They are all doing their part, and it’s bringing them closer as a team.”

Along with physical preparations, the girls had to check in mentally as well. Studying scouting reports and learning their opponents’ tenancies prepared the team to find Minnehaha’s weak spots and pay special attention to their strengths. Hailey Hohnecker ‘20 explains, “This was one of our most detailed scouting reports coach has ever given us. It’s about six pages long.” Coach Connor encouraged the girls to watch film at home to see his notes in action. The IMAC Conference installed special cameras in all conference gyms that take film, share live feeds, and post games online. Thanks to this software the Lions had access to Minnehaha’s previous conference games.

When Friday night rolled around it was evident that PA had done their research. Earning a total of 52 points, the lions came painfully close to a victory. Despite the 52-58 loss, the work the team put in was not for nothing. Coach Connor told the girls he was proud of the effort they had made, “This is a tough gym to play at, but I can’t wait to see them again at home,” he said. PA girls basketball will face Minnehaha Academy a second time on January 28th at home, ready for revenge.