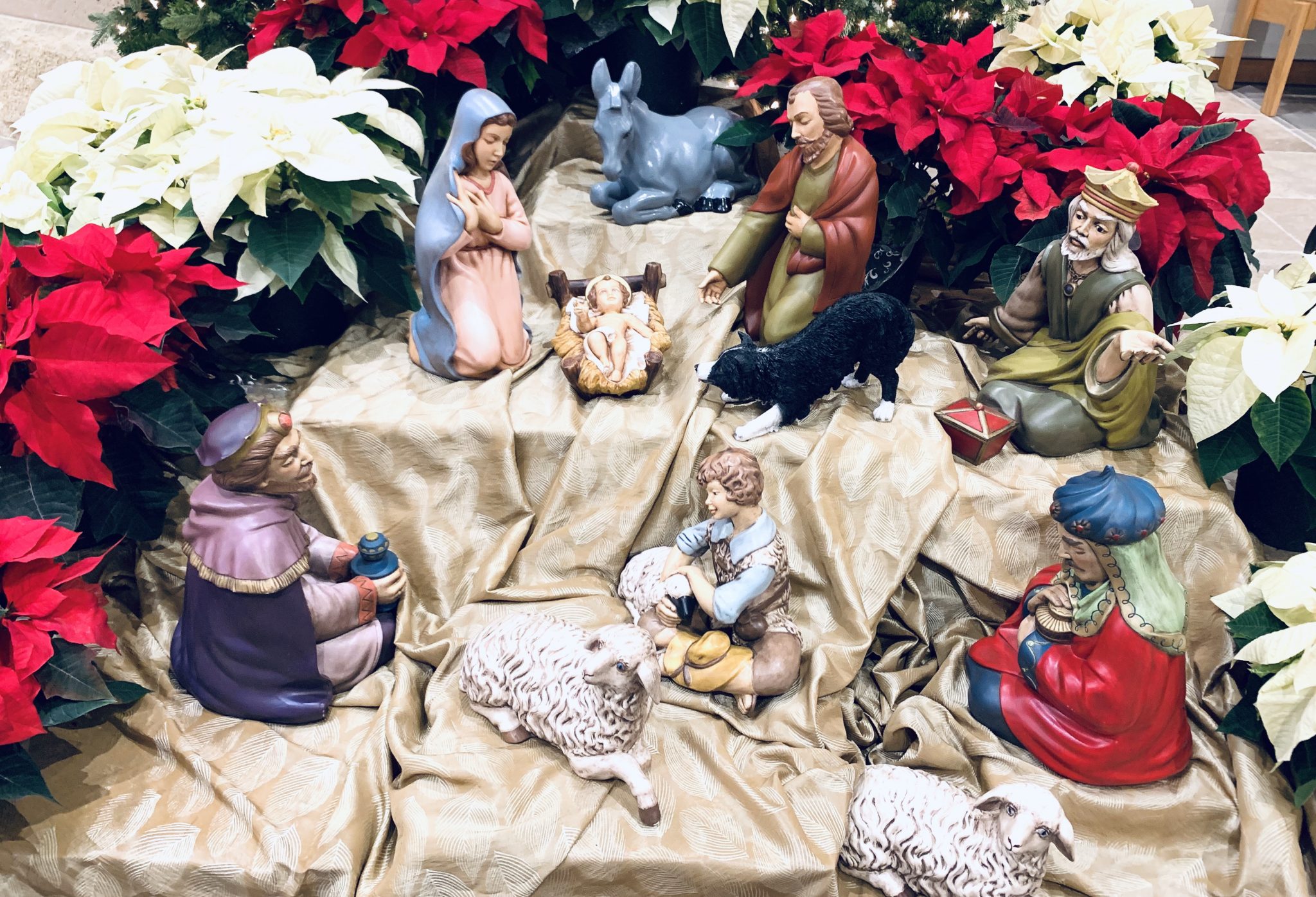 Eureka! Aha! In other words, an epiphany, or a sudden, illuminating realization. Although this term can be used to describe any moment in which someone gains understanding, it is generally used for scientific or religious discoveries. In the Catholic church, the Christmas season continues through January 6th, the feast day known as “Epiphany”. This significant celebration focuses on the three wise men and their realization that Jesus is truly the Son of God.

In many countries, Epiphany, sometimes called “Three Kings Day” is almost, if not more, celebrated than Christmas. In several countries, children put out their shoes to receive gifts representing the Wise Men’s gifts for Jesus. In Spain, for example, colorful parades march through the streets in honor of the magi’s journey to Bethlehem.

Sidney Borland ‘22 reflected on the holiday, “Epiphany is an important feast day because it reminds us that Jesus draws people from everywhere to himself, no matter where they are from or what life they live”.

In the late 4th century, Christians established the tradition of celebrating Epiphany on January 6th, 12 days after Christmas. The day commemorates the arrival of the three magi in Bethlehem to see Jesus. While western churches celebrate the epiphany of the wise men, the realization that Jesus came to save Jews and Gentiles alike, eastern churches, recognize the baptism of Jesus on this day.  Though two

distinct historical events (the arrival of the three kings and the baptism of Christ), both point to the divine and human nature of God incarnate.

Father John Bauer, current pastor of Immaculate Heart of Mary in Minnetonka, shared, “Epiphany is the feast in which we celebrate the fact that Jesus is savior for all people, not just the people of Israel. This reality is powerfully revealed when the magi from the east (people who had no connection with Israel and did not even follow God) came and bowed down before him.”

Fr. John continued, reflecting on his own childhood traditions.“When we were growing up, I remember adding the three wise men to our family nativity display on the Epiphany. I’ve heard of others who have the magi figurines make a journey through each of the rooms in their home until they are finally placed in the nativity display”.

The feast day of Epiphany, along with Easter and Christmas, is one of the three oldest principal celebration days of the church. Along with Christians all around the world, we remember the magi’s journey to Bethlehem and their revelation of Jesus as fully God and Man.

Borland ‘22 concluded, “The wise men were ready and waiting for a sign to find the promised child and when they realized this sign they decided to follow it. We should also be ready for the second coming of Christ and look for him in our daily lives”.