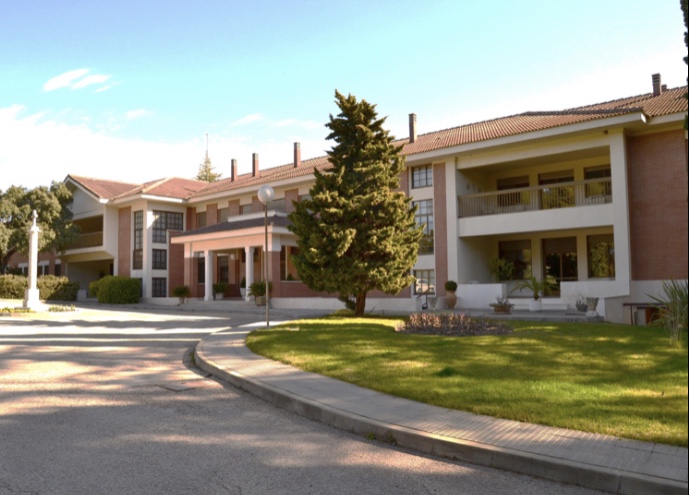 The idea of studying abroad can be exciting, but leaving home, moving to a new country, and living with a new family for a whole semester may not sound like fun to most high school students when you put it that way. Those challenges, however, didn’t intimidate Helena Peppin ‘20 and Stephanie Momanyi ‘21, both of whom have participated in PA’s exchange program with with Aquinas American School in Madrid.

From the beginning, both girls looked at living in Spain, living with a new family, and studying at a new school as a new learning experience, which kept any apprehension about the trip to a minimum.  Peppin, who spent the spring semester of 2018 in Madrid, had a small sense of being on her own early in the trip.  Her confidence in unfamiliar situations would only grow over the next few months. “From not having any family to talk to on the eight hour plane ride over, to navigating the transportation system in Spain, the trip gave me independence”, she recalled. Of course, once settled in Madrid, Peppin could rely on her host family, the Marzos–whose son Javier now studies at PA–to help with these things.

During her Spanish sojourn, Peppin also traveled to Portugal, the Netherlands, Germany, the Czech Republic, Austria, and went on a class trip to Rome. Those excursions became the most memorable part of the semester; “My favorite experiences during my trip to Spain were traveling, meeting new people and making new friends”, she glowed. Like any PA student embarking on such an adventure, Peppin had the support of her teachers and family.

Joyce Peppin, Helena’s mother, reflected on what it was like sending her daughter off to Spain. “It was hard to send Helena to school in a foreign country, especially since she was only fifteen years old,” Peppin shared. “I had to rely on her host family to make sure she had everything she needed and was safe”, certainly a difficult notion for any parent. Peppin also said that even though Helena was already very independent, it helped her become even more self-reliant and enabled her to experience a new culture.

Momanyi, who spent the spring of 2019 at AAS, shared a similar excitement to Peppin about the prospect of living in Spain and being immersed in its culture. “I have wanted to be a foreign exchange student since I found out about it during my eighth grade year”, stated Momanyi. Even though she had no apprehension about leaving her family or country, it was still one of the scariest things she has done, especially when it came to navigating the airport by herself. “The airport was scary and hectic but it gave me a lot of independence”, she remembered.

Momanyi went on to explain how this and other uncomfortable situations helped her throughout the trip, “It allowed me to perfect my Spanish and get out of my comfort zone.”

The privilege of studying abroad as a high school student, of course, has some prerequisites.  PA students interested in pursuing this opportunity must be sophomores in the Spanish program, in good academic standing, act in accord with the Code of Conduct, acquire a visa from Chicago, and have the permission of the Dean of Students as well as the Director of the Upper School.  As Peppin and Momanyi can attest, losing their comfort temporarily meant gaining their confidence permanently, a reward well worth the effort.