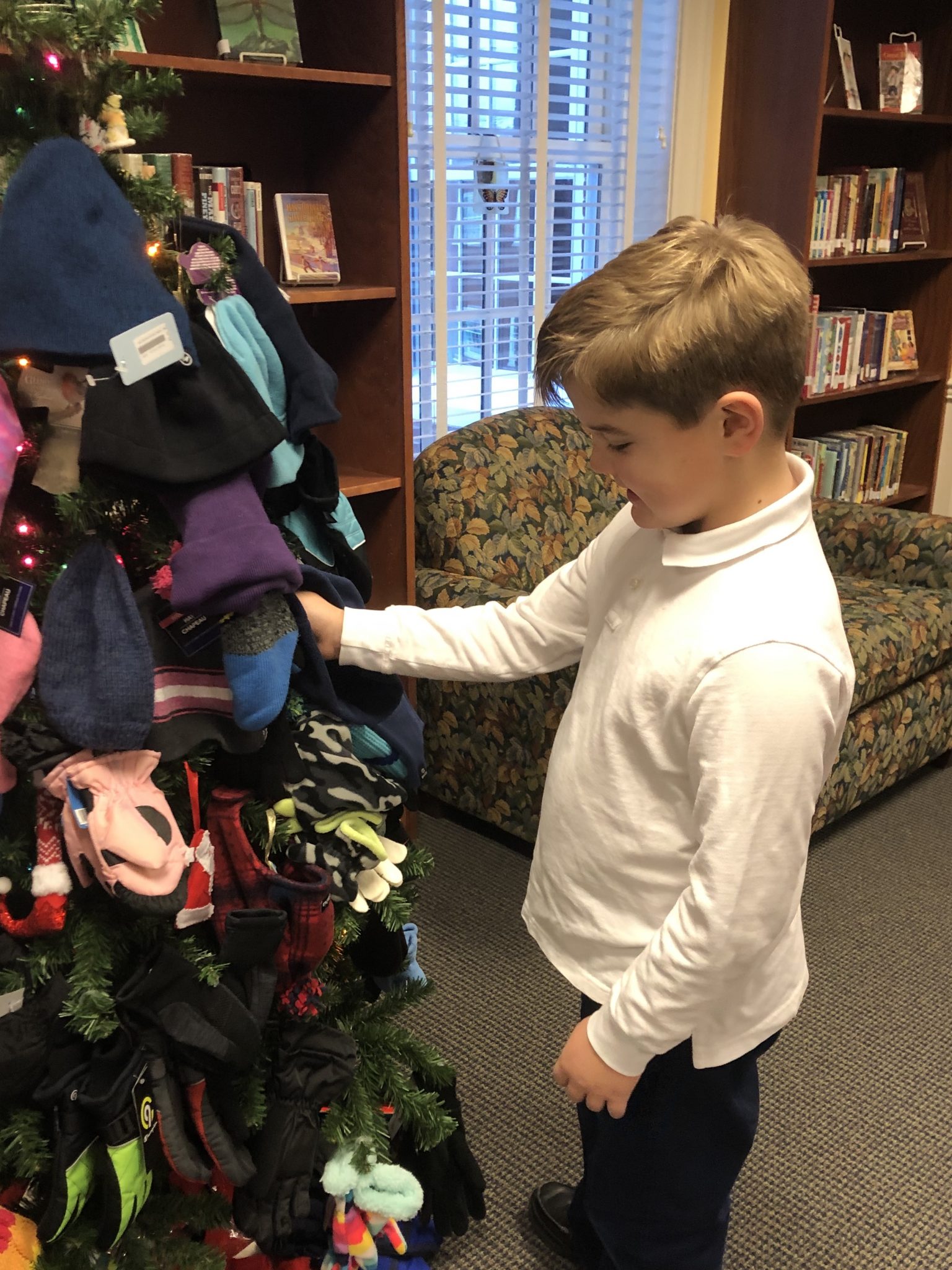 Tree decorating is a popular Christmas tradition.  Many families enjoy unearthing old ornaments and going over the stories each ornament tells, like a baby’s first Christmas or a magical family vacation.  But the ornaments hanging on the small trees in the library tell a different story. Instead of round balls of glass, gloves, hats, and scarves that Lower School students bring during the Christmas season adorn the trees.  These “ornaments,” which number from 500-800 per year and take up not one but two trees, tell a story of generosity.

The Mitten Tree dates back further than Providence Academy itself.  Mrs. Commers, the head librarian, launched the Mitten Drive in 1994 while working at St. Vincent de Paul in Osseo.  “It was just a whim of an idea,” she recalls, “I saw these cheap mittens at Target and thought, what if…?”

Years later, that thought has grown into a reality.  The Mitten Tree has donated to everywhere from Sharing and Caring Hands to Sabathani Community Center.  This year, it is extending its love to Risen Christ Catholic School in Minneapolis, a K-8 bilingual school that serves mostly lower income families.

Risen Christ Catholic School isn’t the only one impacted by the donations.  The drive allows Providence Academy students to practice generosity and care for others as children of God. PA parent Mrs. Janis Martin reports that “[My son] Wells was very excited to donate and really took the initiative to remind me the mitten tree was up in the library.”

The heightened awareness of the needs of others is a lesson students take to heart year after year.  “One year, a lower school student brought in a little pink coat”, Mrs. Commers remembers. “It was her own winter coat.  It was dirty, of course, but she just wanted to bear a gift. And I know that gift was given with more love than all the rest that year.”

Commers’ “whim of an idea” has become a much-loved annual work of mercy.  These lessons of giving are not just stories of the past, but are alive every morning in the library.  Third grader Benjamin Uzelac shares that if he could say one thing to the recipients of these gifts, he would “wish that they have a good time with these warm clothes.”  Though the need for outdoor gear only lasts for the winter season, the practice of generosity carries meaning for a lifetime.