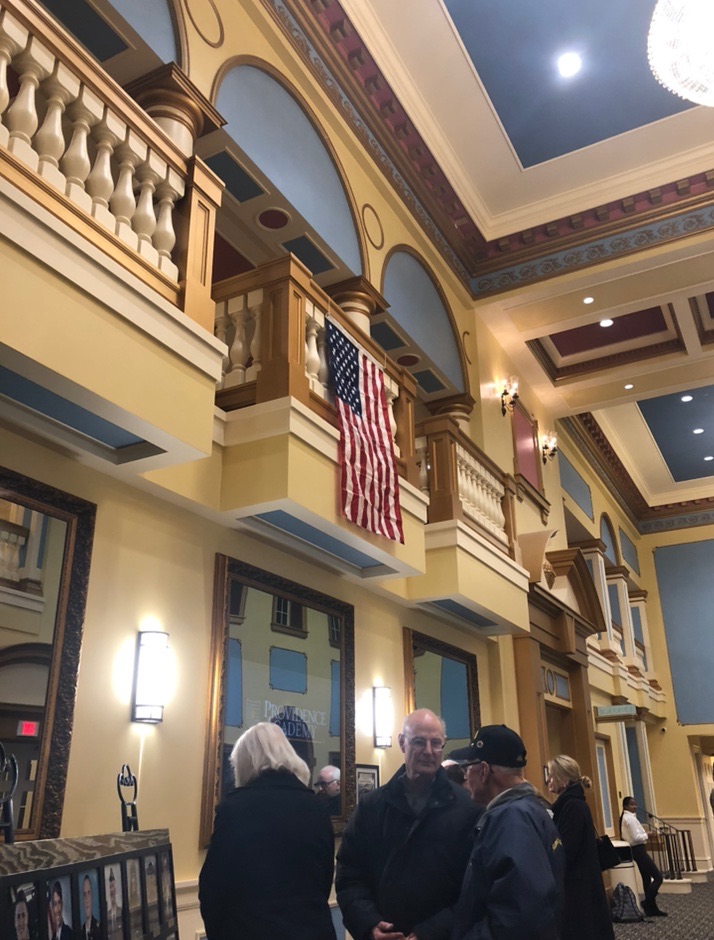 Providence students are reminded daily of the privilege of living in America. From starting the day with the pledge of allegiance to prominently displaying a flag at the front of every classroom, Providence instills in its students a love of country. However, students are also reminded that the freedoms Americans enjoy are owed to the countless men and women who have served and continue to serve in the Armed Forces. One of the ways the PA community remembers and honors these heroes is with the Upper School Symphonic Band’s annual Patriotic Concert.  This past Monday, November 11 marked Providence’s 17th Patriotic Concert

Students feel the impact of this Veteran’s Day tradition, but perhaps those most touched by the concert are members of the community who have served in the Armed Forces. PA parent and army veteran, Steve Ochsner shared his thoughts on the concert: “There’s so many different feelings that come back”. He praised the band’s performance, “It made me feel pride for our country”.

Mr. Thomas Jones, the Upper School Symphonic Band director, reflected on the purpose of the concert, “We have so much in our country to be thankful for, and the freedoms we daily enjoy come at a cost”. Jones and the band have been working on the songs for the Patriotic Concert since the beginning of the year, choosing each song to honor both our nation and its heroes. He reflected, “It is a great honor for me to lead the band in thanking the brave men and women who have served and continue to serve our country in the U.S. Armed Forces through the gift of music”.

Among those in attendance were several military families, including the Trombley’s, who have three children serving in various branches of the Armed Forces: Nicholas ‘11, Susanna ‘13, and Claire. Nicholas is a 1st Lieutenant in the Army as well as his sister, Susanna, who’s also a Registered Nurse. Claire enlisted in the Marines and plans to play the flute in the Marine Band. Their

brother, Samuel ‘22 plays percussion in the Symphonic Band and shared his appreciation for the Concert, “I am proud that many of my siblings are currently serving and that Providence can hold concerts such as this to honor them”.

This year, PA honored its veterans, servicemen, and servicewomen in another extra special way. Photos of PA alumni, now in the military, were placed in the lobby of the Performing Arts Center to remind everyone of former students who serve or have served. During the concert, photos of these alumni as well as students’ family members who’ve served set the background for the band as they played their final song. The concert concluded on an emotional note as the audience sang “America the Beautiful”and ended in a standing ovation.