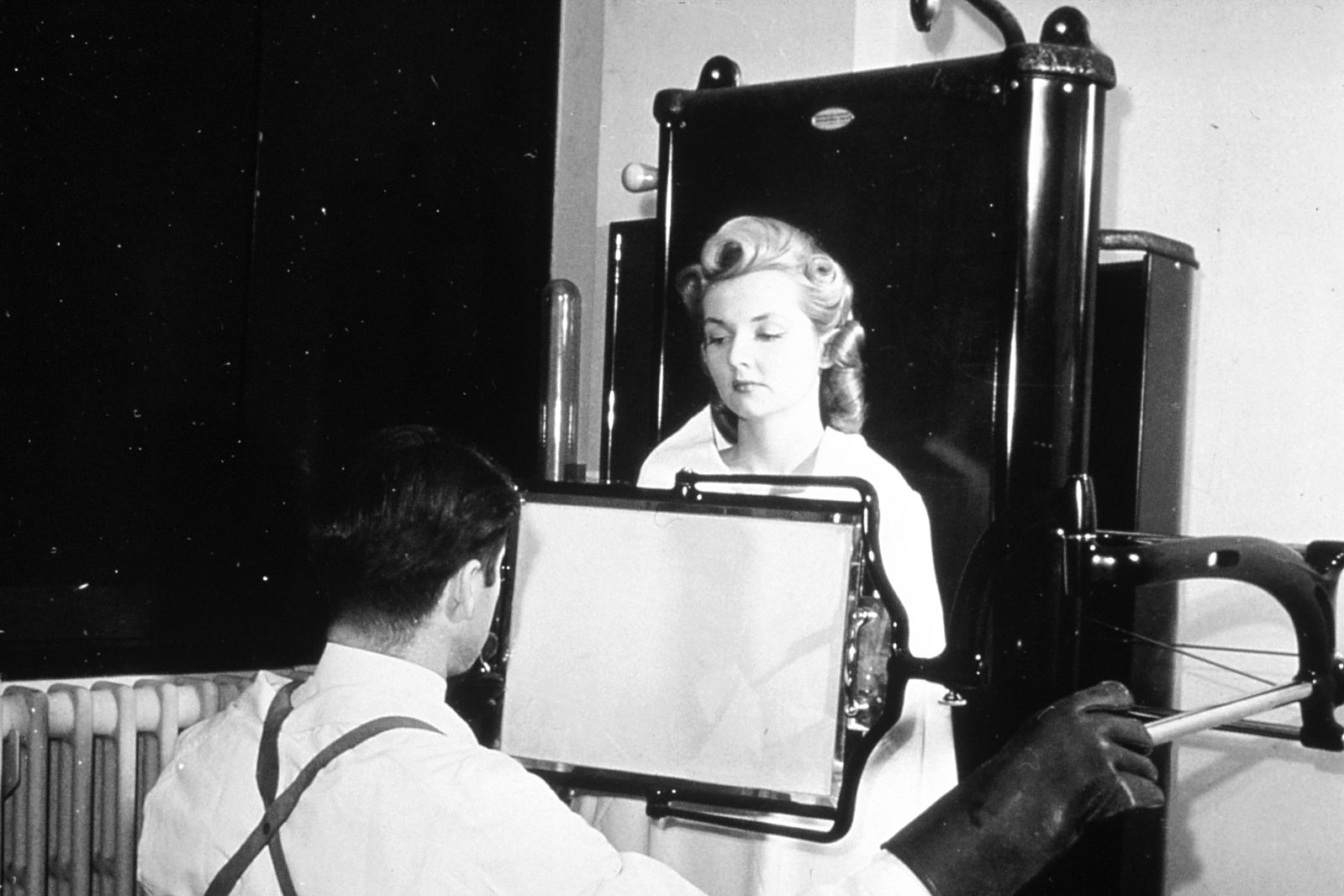 On this day in history, November 8th, 1895, Wilhem Conrad Roentgen discovered a new, high energy wave, one that he’d begin calling the “X-Ray”. As a professor at Wuerzburg University, Roentgen researched cathode tubes heavily. While running an experiment, he observed the glow that could be created in the tube by removing air and adding electrical charge. Running more experiments on the tube, he eventually found that if he placed a thick piece of cardboard in front of the tube, objects in its general area glowed. Drawing on his knowledge of cathode rays, he knew that the glow could not have possibly come from the cathode rays but some other, unidentified ray.

Roentgen continued to investigate this mysterious wavelength of energy. He found it had the ability to pass through many solid objects with ease, with the notable exception of bone. His discovery rocked the scientific world; regular people, physicists, and medical professionals alike were delighted by the possibilities that this development brought. Everyday people found the ability to see bone beyond fascinating. Physicists and other scientists saw that a new wavelength, shorter than visible light, could lend itself to generating a better understanding of materials present in our world. Doctors rejoiced at Roentgen’s discovery and within six months had multiple medical X-Ray machines in operation in Europe and North America.

Following the breakout of X-Rays onto the mainstream, Thomas Edison became very interested in Roentgen’s invention. Edison would spend much time and money attempting to create a “X-Ray lamp”. This venture, however would not be successful as the method of creating X-Rays was made publicly available.

The X-Ray became massively popular in general society, many wrote articles in fear of “X-Ray glasses” and the lead underwear they proposed we’d need in case of a peeping tom. Poems, books, and songs were all written about the X-Ray. X-Rays were especially popular in political cartoons of the time.

Following the initial wave of interest in X-Rays, many scientists began experimenting further and attempting to treat disease with X-Rays themselves. The first documented case of this was a doctor named Emil Grubbe who used X-Rays to treat breast cancer in a woman. Along with cancer treatments, many used X-Rays for treatment of skin lesions and blisters as well as for cosmetic procedures.

In 1901, for his efforts, Roentgen was awarded the first Nobel prize for physics. He was offered a large sum of money as well as entry into the German noble class, he refused his invitation to the nobility and donated all his winnings to his university. Along with this, he was offered an honorary medical degree which he gratefully accepted.

Wilhelm Roentgen is widely regarded as a scientist who exemplified the principles of altruism and genuine dedication to truth-seeking. Roentgen took out no patents on any of his inventions because he felt that his invention ought to be available to all of humanity, as well as all other items he deemed essential.

While Roentgen’s ideals certainly were lofty and admirable, they contributed significantly to his penniless death. During the Great War, government funding for research into non-military fields stagnated. Without a way to make money and no patents, Roentgen would retire to his old family estate where he would live out the end of his life, tragically penniless.